Sophie Turner and Joe Jonas are expecting their first child 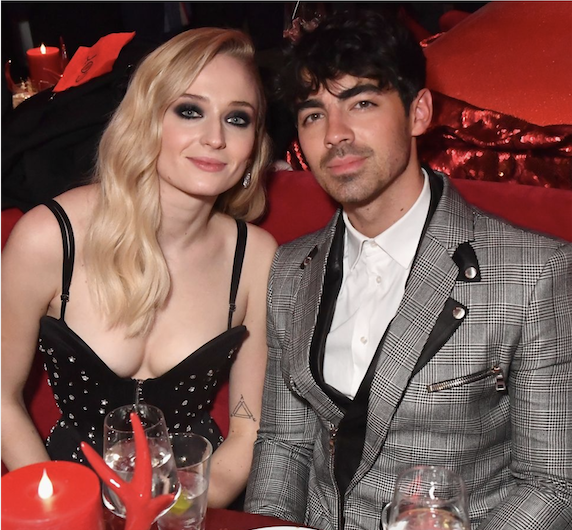 Just Jared has reported that Sophie Turner is pregnant with her first child. Turner, who has been married to Joe Jonas for just under a year is yet to confirm the news.

Turner and Jonas had a surprise Las Vegas wedding last May after the Billboard Music Awards that we all got to see courtesy of Diplo’s Instagram story. The two then had a more traditional ceremony in France in late June.

Joe has gotten to train for this moment, thanks to his brother, Kevin. Joe is an uncle to Kevin’s two daughters, so he’s seen what it’s like to raise children first hand.

Although Joe hasn’t publicly commented about the pregnancy news, he did make sure to give a nod to his love for Turner with an Instagram post on Valentine’s day. The post featured Turner walking on a path with her arms out. Joe captioned the picture with a simple heart. This was enough for fans to speculate though, as many people commented on the fact that Turner’s stomach was not visible in the picture.

We can not wait to see a little Jo-bro running around!