Smell and Flavor: Spices in Perfumery 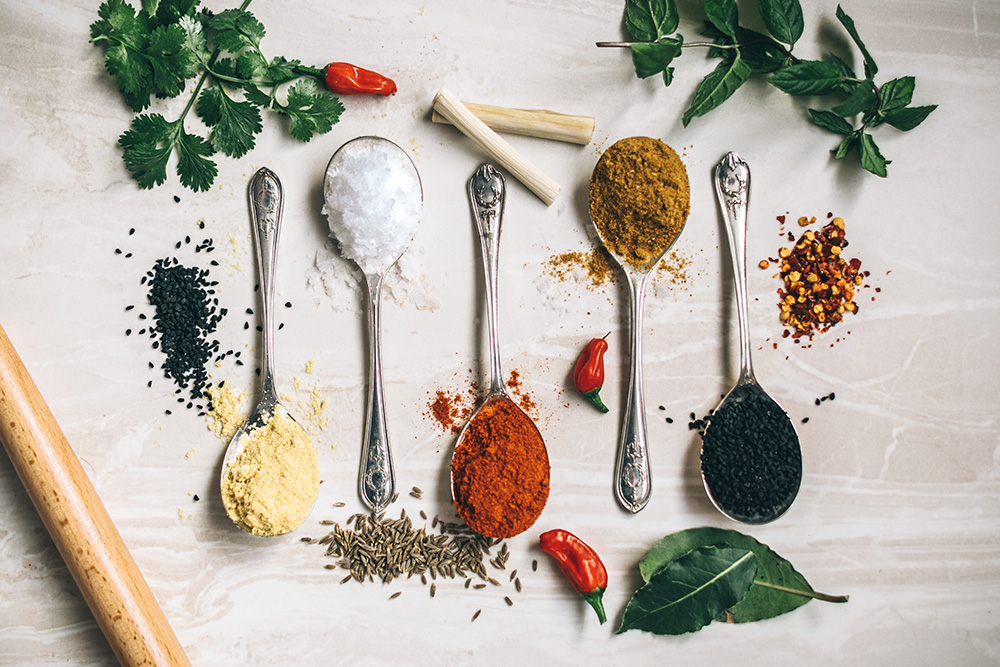 The spice racks of most people only have the basics – salt, pepper, perhaps some spice mixes that can turn a boring serving of fries into a feast (filled with flavor enhancers and colorants… but that’s a story for another time). A more proficient cook’s spice rack is way larger than that, though, with a variety of herbs they actually use to “spice up” their cooking (forgive the pun).

The majority of the inhabitants of a spice rack, in turn, have uses that go way beyond adding flavor to dishes. A series of herbs and spices are used not only in herbal medicine but in the fashion industry as well.

Turmeric is a beloved spice used in many oriental dishes for its color and hot, bitter taste. It is also a controversial medicinal herb: the health benefits of turmeric are still debated by the medical community.

But turmeric is also a traditional fabric dye – it is widely used in India to give saris and the Buddhist monks’ robes their golden yellow color. And it is used as a perfume ingredient, too, adding heat and earthy notes to oriental, exotic combinations of fragrances.

Rosemary is a widely used Mediterranean herb with a fresh, minty, piney aroma, especially delicious in meat dishes. It has been used for thousands of years as a spice and a medicinal herb.

Another use for this aromatic herb is to spice up perfumes – literally. Its fragrance is pretty strong, pungent, a bit similar to lavender but still distinctly aromatic, able to give perfumes a Mediterranean sensation. Due to its nature, it is used in strict moderation in female perfumes but makes a great masculine fragrance.

A must-have if you like lasagne – nutmeg gives the cheese sauce used in this beloved dish its distinctive taste. It also makes a welcome addition to potato-based dishes, making it a widely used spice especially in Europe.

It is also a widely used perfume ingredient due to its exotic and familiar fragrance. You’ll most likely stumble upon its warm, oriental odor in the middle notes of perfumes. The fragrance is used in a wide variety of perfumes, even by the best-known perfumeries.

Christmas wouldn’t be the same without the hot, peppery scent of cinnamon. And neither would be breakfast cereals, buns, and Viennese-style coffee. Cinnamon is a spice used both in sweet and savory dishes, a staple that shouldn’t miss from anyone’s spice rack.

It’s also a beloved perfume ingredient, adding sweetness and heat to perfumes, especially those with oriental notes, and wooden and amber bases.

Finally, here’s one humble spice that’s present in pretty much every kitchen that you might not have expected to see anywhere else. Black pepper is the most widely used spice on the planet, and its use goes back thousands of years – at one time, it was considered “the king of spices” and was literally used instead of money.

While it rarely dominates perfumes, black pepper is quite often among their ingredients, adding an extra edge and heat to even the fuzziest, happiest combination of fragrances.