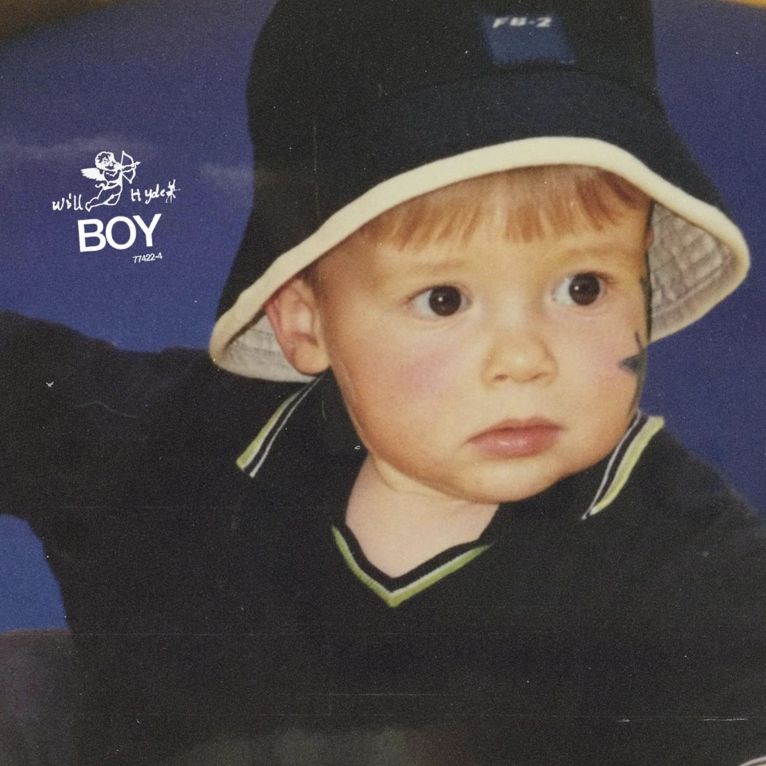 Rising singer-songwriter-producer will hyde returns today with the release of his introspective new single “boy” available across all digital streaming platforms via Pack Records/The Orchard. STREAM HERE / WATCH HERE.
It’s not too often that a new artist comes along who can truly wear their heart on their sleeve and, with no pretense or facade, invite the audience to be a part of their unique world. Not afraid of vulnerability, or what might be, but just creating in the hope the music will inspire others to be proud of their own identities.
Melbourne talent will hyde is an extraordinary example of such an artist, breaking out with his debut 6 track EP with u in mind. in 2020, exploring themes of hurt, rejection, shame, love, and connection.
Now the young singer-songwriter-producer returns with a new coming of age single “boy”, reflecting on the person he was just a few short years ago.
With a lyrical approach beyond his years, the single is the first taste of a plethora of new music with the overarching message of forgiveness, and being kind to yourself. People make mistakes, will seems to say, and it’s all just part of a learning process in order to become a better human. STREAM HERE.
Released with an official lyric video featuring old family footage, and highlighting the nostalgia with lofi VHS effects, “boy” is an endearing insight into Will’s ongoing journey of self-discovery. WATCH HERE.
Speaking to the personal change and growth that inspired the single, will reveals “the premise of the song is around accepting change as a good thing. Forgiving yourself for changing. When I was younger I was surrounded by people at that particular time who seemed to resist any attempts I made to change myself – from the way I looked, to the views I had on life. Maturing and growing up can be scary but embracing the human you are becoming makes it a lot easier to be at peace with.”
With an incredible wisdom and outlook on life for such a young artist, will shares, “‘boy.’ is an ode to the inevitable fact that I will forever be changing and learning things as a human on this earth. So why not start accepting the person I am now in the present?”
About will hyde
Previously one half of producer duo SŸDE, will hyde has already achieved some incredible success throughout his career to date having become a finalist of triple j Unearthed in 2017 and going on to garner over 65 million streams as part of the project.
Now as a solo artist, will has quickly made a name for himself as a rising talent with an ever growing fan base across both the United States and Australia. With a multitude of tastemakers already singing his praises, including the likes of triple j Unearthed, Ones To Watch, Clash, NME, Wonderland, Atwood, and Variance Magazine, the road ahead is full of opportunity for this bright young artist.