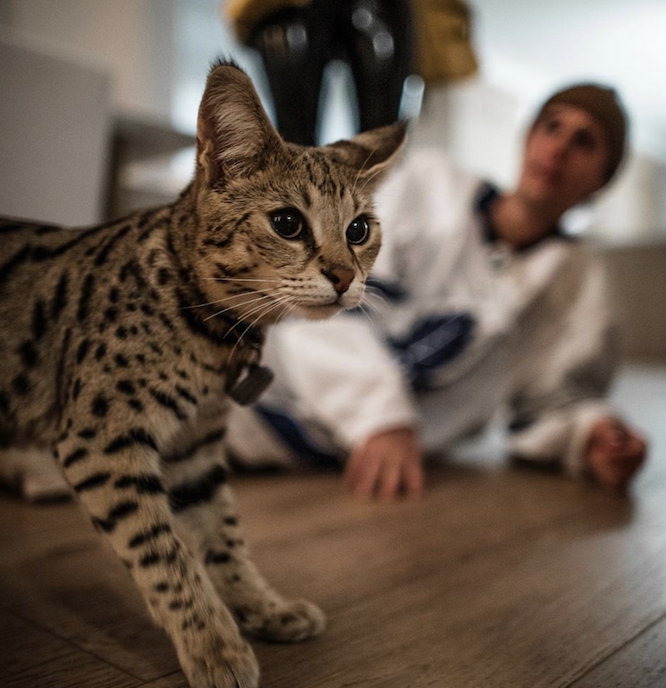 Three weeks ago, Justin and Hailey Bieber’s cat, Sushi ran away from home. Friday morning Sushi was returned to them, but not by a total stranger.

It seems like Sushi may have just wanted a delicious treat as the animal wound up wandering into the backyard of Food Network star, Sandra Lee.

She shared on Instagram the state the cat was in when he was found. “He was starving, cold, scared, exhausted and stuck with porcupine quills,” Lee shared. “But he was happy and excited all at the same time. Three cans of tuna and a bowl of warm milk later the painful Quills have been removed.”

Lee had no idea who the owner of the cat was, but called the number on the collar. When Bieber answered she still didn’t place his voice. She described his reaction to her call saying, “I thought the young man on the other end of the phone was going to either burst out in shrieks of joy or burst out in tears－he was so happy, shocked and stunned.”

She couldn’t believe it when she found out the cat she’d found was “THE SUSHI” when the Bieber’s quickly came to pick him up.

Justin expressed his gratitude on Instagram, “Almost a month ago, my pal sushi decided to run away, after weeks passing by Hailey and began to lose hope that our baby was gone 🙁 yesterday we got a call that somebody found our baby.. it had made it Miles and miles away! He looks extremely skinny and has a very sad miow, he is home now safe and sound! Thank you god for protecting him!”

While Sushi may have had a wild three weeks at least he is now safe and sound with the Biebers and got a meal from an Emmy-Winner!