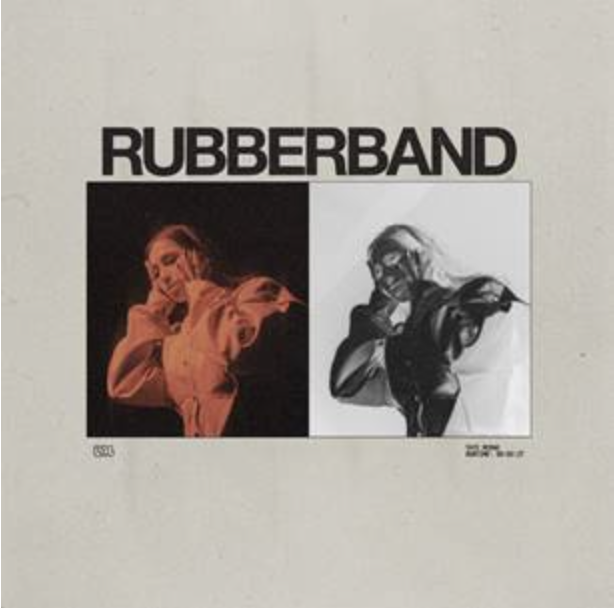 Rising global superstar Tate McRae releases her new track and music video for “rubberband” (listen/watch here).  The track continues to showcase Tate’s undeniable songwriting and vocal ability while the music video combines both talents with incredible choreography for yet another triple threat moment.

After a performance on The Tonight Show Starring Jimmy Fallon Tuesday night (watch here), Tate’s current single, “you broke me first” continues to dominate all over the globe.  The track currently has over 635 million streams worldwide and helped Tate to secure her the top spot on Billboard’s Emerging Artist Chart.  The track also reached #1 on Billboard’s Dance/Mixshow Chart and is currently #33 on the Hot 100 chart.  “ybmf” is also #12 on the Top 40 Airplay Chart.  Overseas, the track peaked at #3 in the UK and is still in the Top 10th for its 12th week on the chart.  The track is 4X Platinum in Ireland, 2X Platinum in Canada, Mexico and New Zealand, Platinum in the US, UK, Australia, Finland, France, Malaysia, the Netherlands, Norway, and Sweden.

Mixing her vocal ability with her unparalleled dance moves, Tate performed the single on the MTV’s European Music Awards (watch here) as well as Jimmy Kimmel Live! in October (watch here) and the VMA Pre-show (watch here) in August.  She was also named to Forbes 30 Under 30 List for 2021 as the youngest musician on the list as well as Amazon’s Artist to Watch in 2021, Pandora’s Artists To Watch 2021 list and included onBillboard’s 21 Under 21 One’s To Watch list.

In just over a year, singer/songwriter/dancer Tate McRae has become the artist on the rise.  She currently has over 3 million subscribers and over 400 million video views on YouTube and has nearly 1 billion combined on demand streams to date.  She’s been named one of YouTube’s Artist on the Rise, MTV’s Push Artist for July and received a nomination for a 2020 MTV Video Music Award.

She released her debut EP all the things i never said, in January which features her standout tracks “stupid” “tear myself apart,” “all my friends are fake,” and “that way” as well as additional tracks “vicious” ft. Lil Mosey, “don’t be sad” and “lie to me” ft. Ali Gatie.  She has received a praise from a number of publications includingFader, Variety, Idolator, Wonderland, NME, iD, Seventeen, E! Young Hollywood, has graced the cover of UK’sDork Magazine and so much more.

Tate McRae hails from Calgary, Canada after living in Oman until she was 6 years old.  She made a name for herself as a competitive dancer placing second runner up on Season 13 of the FOX series So You Think You Can Dance, achieved the “The Best Dancer” honor three times at the prestigious Dance Awards, and hit the stage for performances on Ellen, The Teen Choice Awards, and beyond. Not to mention, she lent her voice to NETFLIX’s animated Lalaloopsy in the role of Spot Splatter Splash. Tate launched her YouTube channel and her “Create with Tate” music series where she has been consistently releasing original music (check out somehere).