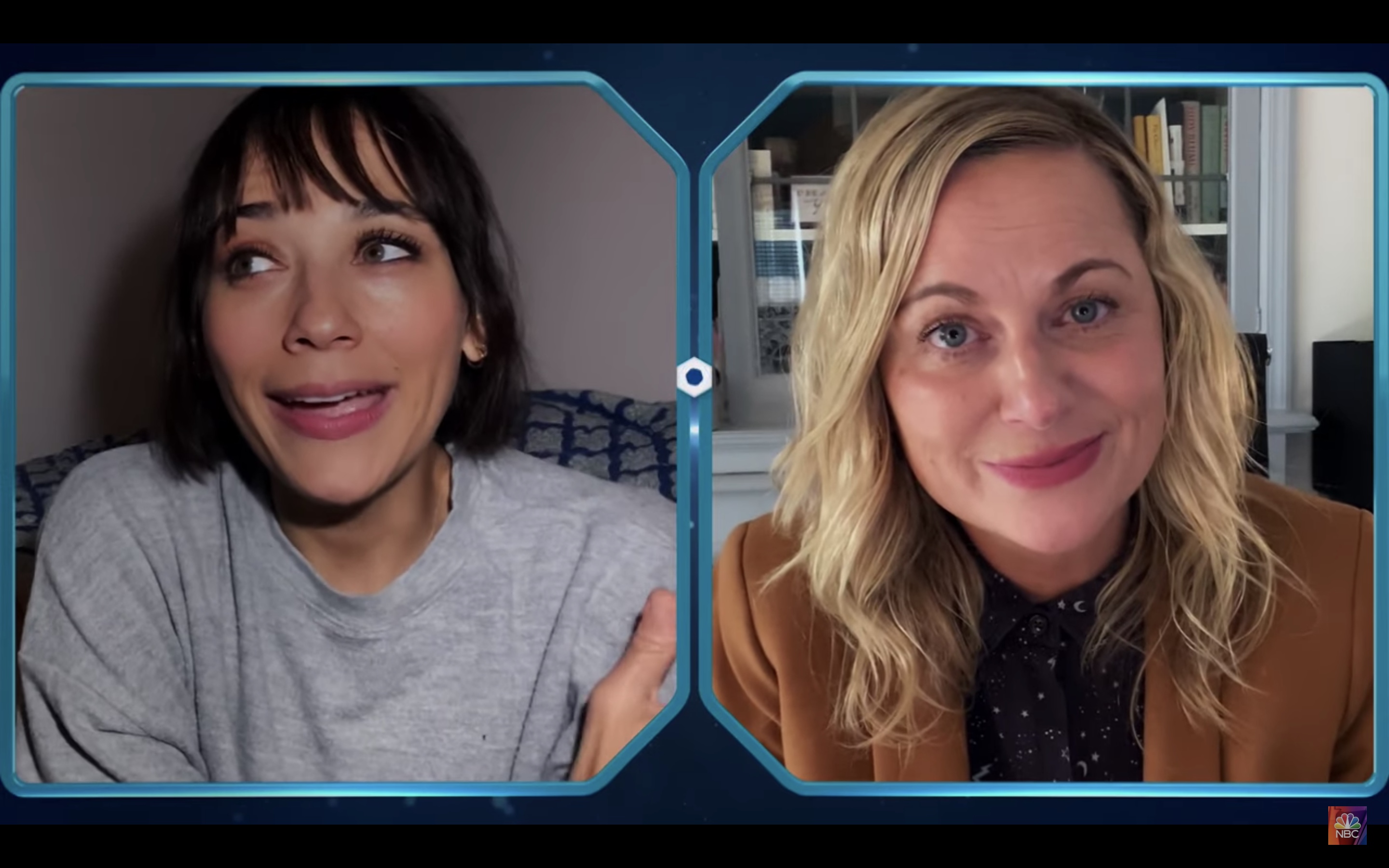 The concept of cast reunion specials and television reboots is tale as old as time (or, at least as old as the medium); it’s just such a tired concept, especially when they come up short on delivering what their respective original series did. However, last night’s “A Park and Recreation Special” was as joyful, sweet, and even as hilarious as we all remember the comedy to be.

Although most on the internet joke that the first wave of films and television to be made once we’re out of quarantine will revolve one way or another around the coronavirus pandemic, we are pretty serious about how much we would like to keep this in the past once it’s done. Yet, the “Parks and Rec” cast reunion special dealt with the pandemic and its subsequent shelter-in-place orders with such irreverence that it made for an enjoyable experience.

It starts off with Deputy Director of the Interior Leslie Knope (the one-and-only Amy Poehler) working at her office, having shut down all the national parks in her jurisdiction (Midwest for those just joining in) for the best, as she claims. Her and her Parks Pals are part of a phone tree, a system — put in place by Knope, of course — to frequently stay in contact with one another during self-isolation. The kicker is that there’s no mention of the coronavirus, just that there is a virus of some sort that has forced our Parks gang to shelter-in-place just like we have.

“SNL” proved that Zoom calls can make for funny sketches, but the “Parks” special elaborates on that. With the back and forths between our beloved characters — including supporting members like Jean-Ralphio, Joan Callamezzo, and former City Council member Jeremy Jamm — it feels like we, the audience, are a part of this phone tree, switching between calls with friends (or maybe that’s solely my interpretation of it, having grown weary of being alone these past couple of months).

It was also quite surprising how true to character the cast were (the finale aired now more than five years ago in 2015, if that even makes sense). April (Aubrey “Satan’s Niece” Plaza, deadpan as ever) spends her days putting on the first five articles of clothing she finds, while hubby Andy (a still funny Chris Pratt) has locked himself in the shed for a few days. Anne (Rashida Jones) is back to work as a nurse, putting herself on the frontlines to ensure safety, Tom (Aziz Ansari) has changed his background to a beach in Bali because classic Tom, and Donna (the fabulous Retta) is hiding out in her shoe closet while her husband, Joe, tries to virtually teach his students. Oh, and Jerry is still Jerry.

What the special did that every other special does is it brought the cast together; there wasn’t exactly a plot, a goal that Leslie and her friends had to achieve (that would have been difficult to do in the way the special was produced and shot). But it didn’t matter. Since those five years that the series ended, those characters have lived with us constantly, thanks in part to all seasons being available to stream on Netflix. And with the concept of time so…flexible, it doesn’t feel like five years, allowing the audience to welcome the cast into our home.

The special is available to watch for free and in full, so do yourself a favor. It will cheer you up. Oh, and RIP Lil Sebastian.