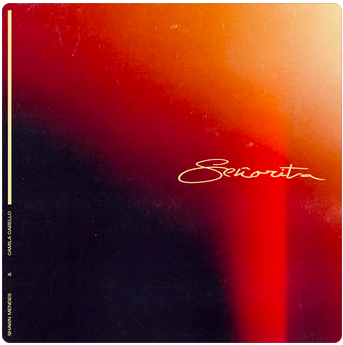 Shawn Mendez and Camilla Cabello are back at it! After great success from their 2015 hit, I know what you did last summer, the two pop singers get together for a second round of collaboration.

The song, titled Señorita, has a sexy, tropical vibe with a catchy tune. Cabello begins the duet from the woman’s perspective by singing, “I love it when you call me Señorita.” She continues singing of an irresistible pull to someone with some “ooh la-la-la’s” tagged at the end.

Mendez joins in, singing of summer love—tequila, dancing, and of course “ooh la-la-la’s” ! Soon the chorus starts and the song’s intro is repeated, this time sang by both Cabello and Mendez. The singer’s voices combine harmoniously as Mendez calm, rich vocals balance out Cabello’s raspy belts.

By the second chorus, the song takes a turn from PG to intimacy. But this doesn’t last long; the vocalists don’t pause to transition back to the chorus. The outro follows, repeating the chorus’ ending lyrics, “Ooh, I should be runnin’. Ooh I should be coming for ya.”

I don’t know about you, but I have a feeling this addictive song will be on the radio just as much as “I know what you did last summer” was. I also hope Cabello and Mendez finally get together as more than just friends, but that seems far-fetched considering Cabello is still reportedly dating boyfriend, Matthew Hussey. Friends it is, as long as we get to hear more from both artists during the rest of 2019.

If you haven’t already, go check out this hot new single !