Nancy Drew Is Back On The Case 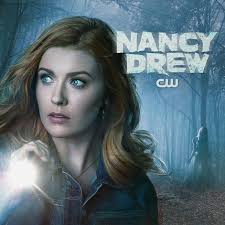 The CW is back at it again twisting the classic 1930’s detective series, Nancy Drew into a sexy, supernatural drama. If you’re a fan of Riverdale, get ready to binge another oldie-turned-drama. The re-envisioned Nancy Drew we see now is not the same detective we knew in the books. She’s all grown up now and the 2019 version of Nancy is a lot less innocent than the little girl we used to read about. Although Nancy Drew has been reimagined many times over the last 90 years, we think that creators Josh Schwartz and Stephanie Savage (the people who brought us Gossip Girl) will put an exciting spin on her story.

Set in the gloomy small town of Horseshoe Bay, Maine, the pilot begins with our favorite detective hooking up with some guy in a garage. If that’s not weird enough, Nancy doesn’t feel like solving crime anymore. The angsty teenage Nancy has put her college plans on hold and lost all of her friends following a family tragedy. It isn’t until a murder occurs a few feet away from her that Nancy decides to do what she does best. Horseshoe Bay is crime ridden and inhabited by sexy affairs, sketchy backstories, and dramatic teens.

The supernatural element will keep you creeped, and you’ll never know which characters to trust. Nancy Drew fits right in with the rest of the CW’s lineup and will be sure to draw in a young and fresh audience craving more drama. Follow Nancy as she navigates murder, boys, and supernatural powers this season on Nancy Drew. The show premiered Wednesday October 9th at  on the CW.