Mamma Mia Will Come Back for a Third Film 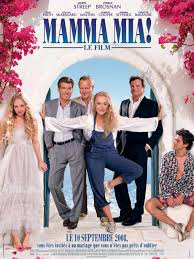 In an interview with the Daily Mail, Judy Craymer, the producer of the cult musical Mamma Mia! and the two hit films that were later adapted, says a third is about to be released.

“Mamma Mia! Here We Go Again!” This is news that will delight fans of Mamma Mia! the cult musical that pays tribute to the ABBA discography. British producer Judy Craymer, producer of the show and feature films, gave an interview to the Daily Mail, in which she says she has already started thinking about a third film. But the health crisis has stopped everything…

“I was supposed to get on with it over the last few months, but I was hit by the Covid-19. I think one day there will be another film, because it’s meant to be a trilogy you see. I know Universal would like me to do it.”  she said. Judy Craymer mentioned that she would like to use four new songs composed by two band members, Benny Andersson and Björn Ulvaeus, in the new film for a virtual concert they have planned with other ABBA members Agnetha Faltskog and Anni-Frid Lyngstad.

As a reminder, the first part, which followed Sophie (Amanda Seyfried)’s efforts to find out who between Sam (Pierce Brosnan), Harry (Colin Firth) and Bill (Stellan Skarsgård) had impregnated her mother Donna (Meryl Streep), was released in 2008. Despite the film’s phenomenal success (it raised $615.7 million worldwide), the sequel Mamma Mia! Here We Go Again! did not hit screens until ten years later. Its plot centred on the past of Donna, played at a young age by Lily James. Now it’s up to Judy Craymer to convince the main actresses of the saga to get back on board… She shouldn’t have to wait another ten years!