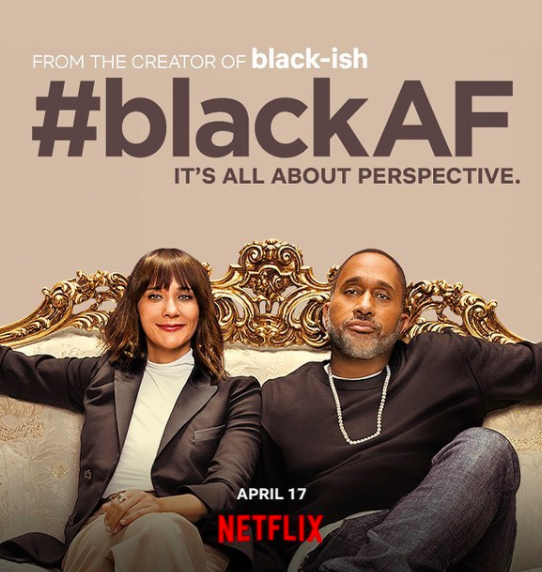 Where are all my ​Black-ish​ and ​Grown-ish​ fans?

Kenya Barris, the creator of the critically acclaimed ​Black-ish​ and ​Grown-ish​, returns with a brand new show on Netflix. Unlike his most recent television shows, the style of this one is a bit different.

#blackAF​ follows Kenya Barris as he plays a fictionalized version of himself. The set up is rather fun and presented in a mockumentary like fashion. Instead of being presented as a traditional television show, the show is told with the understanding that Barris’ eldest daughter Drea, is filming a documentary so that she may apply to NYU Film School the following year. If you are a fan of ABC’s Modern Family, ​or​ ​perhaps even ​The Office, ​then you have already been exposed to this stylistic choice.

The show features a large cast, and explores a variety of topics such as culture appropriation, race, and parenting from the eyes of Kenya Barris, and his highly dysfunctional fictional family. Rashida Jones co stars as his wife, and with the most recent series finale of ​Modern Family​, Kenya Barris’ #blackAF m​ay be just what you need!

Make sure to check out the trailer below!