JoJo Wins her First Ever Grammy 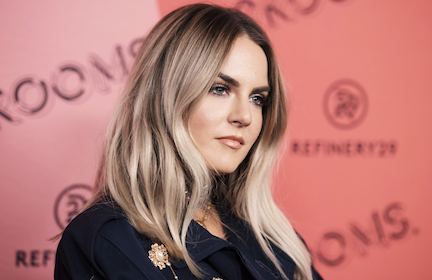 Turns out that it’s never “too little, too late” for JoJo, who just won her first Grammy on Sunday night. The singer-songwriter took home the Best R&B Song award for the tune “Say So”, which is her collaboration with fellow musician PJ Morton.

The 29-year-old tweeted that she was “OVER. THE. MOON.” and that she is “SO GRATEFUL FOR THIS MOMENT. R&B song of the year #SAYSO @PJMORTON.”

While this is the singer’s first major award, she is no stranger to the entertainment industry. The young star first hit the music scene when she was just 13-years-old, releasing a number of early 2000s classics such as “Leave (Get Out)” and “Too Little Too Late”. During this time the artist faced some major legal battles with her then record label Blackground Recordings, which made releasing new music near impossible. After she was finally released from her contract, JoJo re-recorded her old hits with a fresh sound in a 2018 homage album.

Today, it sounds like JoJo is back in the game – and just in time. Our playlists could certainly use some new, certified bops. Congrats on the win, JoJo!