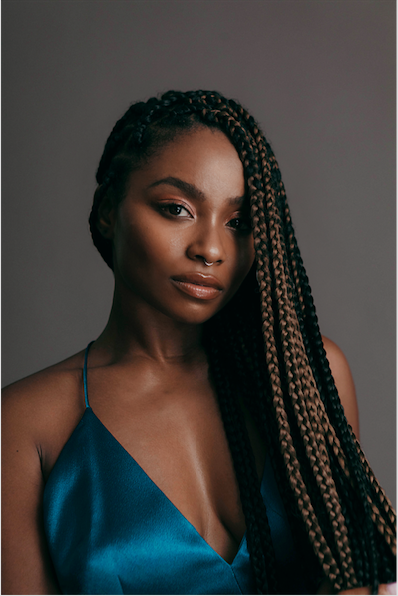 Jeanté Godlock plays the role of a girl named “Mona Lisa” in the postapocalyptic series DAYBREAK. The beautiful actress is strong and determined to follow her dreams no matter what, not letting anything bring her down. Her strength and passion are strong as she hopes to share them with others, to inspire them. She has also played in the independent feature “Dead Dodd,” as well as two short films “Sell Out,” and “Brackett” coming out next year.Keep a look out for the rocking Jeanté Godlock!

Tell us more about your role in the series DAYBREAK.

I play Mona Lisa, nicknamed because she never smiles. She is the only girl on the football team. She is tough. Before the apocalypse, she was just another jock in the crowd, but after the apocalypse she finds and opportunity to elevate, and she does. She becomes the right hand woman to the leader of the jocks, and now she is calling the shots.

How was the experience of playing in a series which takes place in a post-apocalyptic world?

It was absolutely amazing. Our show is all about the apocalypse being the best thing that has ever happened to us, and it shows. It was a very ‘everything goes’ environment. It’s the end of the world, so who cares about dirt. We would show up to set and there were cars flipped over, trash, and tumbleweeds everywhere. It was great! 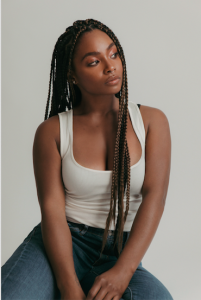 How did you prepare for this role?

I love this question because honestly I didn’t really have to do much for this character. I do smile and laugh which Mona doesn’t, but I never had a problem with that once they called action. Mona Lisa plays a lot of sports and so did I in high school. She is also a little bit of a bully which I can kind of relate to as well. I wasn’t beating kids up for their lunch money, but the kids at my high school knew not to mess with me. Cardi B was the inspiration for the bad assness that is Mona Lisa. I loved listening to her music right before my scenes. It became a running joke on set.

In what ways have you grown as an actress over the year?

The biggest thing I’ve learned this past year is patience. As actors, we are always wondering what our next job will be. I remember I wrapped the Simone Biles Story in November 2017, and wasn’t seeing much action as far as booking. I was auditioning and going out, but nothing was sticking. The audition for Daybreak came out of the blue when I was out of the country on vacation in September 2018, and the rest is history. That was almost a year of nothing happening. I’ve learned that you have to live in the moment. Enjoy all the experiences and opportunities in front of you and it will all work out.

Share with us a moment in your life where you wanted to quit but didn’t.

There was a time when I was getting auditions, but not going to them. It was the worst feeling. I was juggling 3 jobs at the time, and I was so afraid that I wouldn’t have enough money or I’d get fired if I took the day off for an audition. I would start at Starbucks at 4am, go to Yard House at 4pm, get off at midnight and start all over again the next day. I remember missing 10 auditions one week! I was so emotionally and physically drained. I lost all sense of what I set my mind to accomplish in my career. It was a very stressful and depressing time for me. I almost gave up everything, but I sat down with my thoughts and made a plan. I’m glad I did. 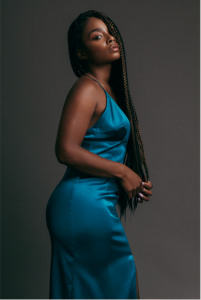 How would you describe your fashion style?

Athleisure for sure, but I do have some girly moments. I wish I wasn’t addicted to joggers and leggings, but I am. I’m working on it. Hipster fashion and layers, if done right also intrigues me.

If you could be any 80s singer, who would it be and why?

I’ve loved Whitney Houston for as long as I can remember, so I don’t think I can say anyone but her. I can’t sing at all. I’m tone deaf I’m sure of it. I would gladly take Whitney’s vocals!

What is an “ideal” future for you?

Being able to do what I love to do surrounded by people I love is enough for me. Influencing others and encouraging people to follow their dreams is the future I want. I want my work and my story to impact the lives of others in a positive way. A little directing and producing in the future wouldn’t hurt either.