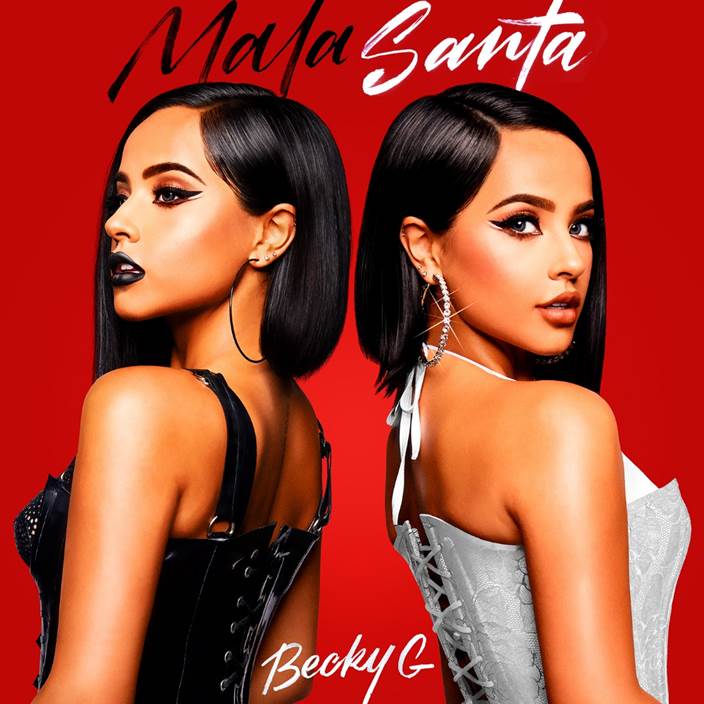 Global latin superstar Becky G will be releasing her first album, Mala Santa, on October 17th. The 22 year-old breakout star shared the news on social media, writing “Finally. This is my era.” Becky recorded the album in Los Angeles, Miami, Puerto Rico, and Colombia and collaborated with the likes of Farruko, Zion & Lennox, Dalex, Darell, and more along the way. For Becky G, this album represents her transition from girlhood to womanhood in front of the world. She feels like the Mala Santa, the angel who can be bad sometimes. The album explores her break from behavior that is typically expected of the young, angel that the world first met at the start of her career.

Becky G was born for the spotlight and has made quite the name for herself in a short amount of time. The Mexican-American singer, songwriter, and actress already has two number on hits on the Billboard Latin Airplay Charts with “Mayores” and “Sin Pijama.” In 2018 she won two Latin AMA’s for Favorite Female Artist and Best Urban Song. She’s toured alongside Katy Perry, Demi Lovato, Fifth Harmony, and Jason Derulo in addition to featuring on hit songs with ZAYN, Pitbull, Daddy Yankee, and Bad Bunny. The young performer’s success has been recognized by Rolling Stone as one of “18 Teens Shaking Up Pop Culture” and one of Billboards “21 Under 21.” Becky G is excited to be honored at the upcoming Latin AMA’s for the Extraordinary Evolution Award and for 3 nominations including Female Artist Of The Year.

Becky G isn’t slowing down any time soon and her new album will not disappoint. Don’t miss her busy release week as she begins on the Superstar Panel at Billboard’s Latin AMA’s Fest and a performance at the Santa Monica Apple Store on Wednesday. On Thursday, Mala Santa’s release date, Becky G will be performing and honored at the Latin AMA’s. Stream Becky G’s first ever album Mala Santa this Thursday!