ON: September 11, 2020 BY: Alexandra Bonnet OBSESSIONS 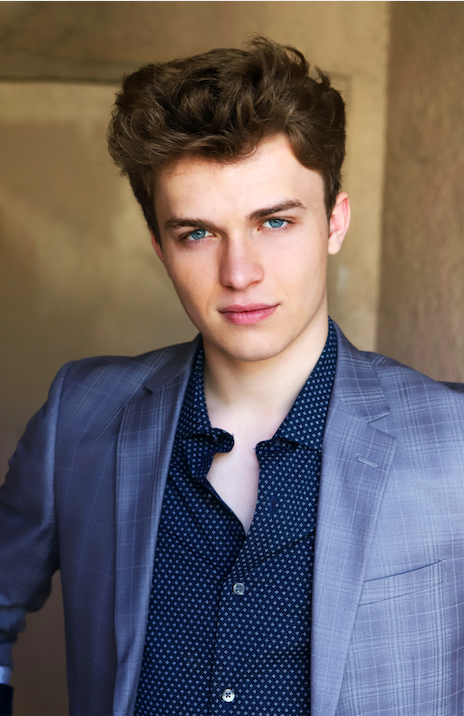 Jacob Hopkins brings on the true meaning of caring as an actor, friend, son, and more. Dedicating himself to working hard every day, his talent shows up on camera as well as off of it. His role on THE GOLDBERGS was not something he could have ever passed up! Playing the “cool, preppy 80’s kid with a slick sense of style,” everything about this project was intriguing. When he is not acting, Hopkins does play the role of “Celebrity Ambassador for The Jonathan Foundation,” which aims to better the future of education for children with special needs. Overall, Hopkins brings talent, character, drive, and charisma on and off the big screen…so let’s see where he goes next.

What drew you to your role in The Goldbergs? Who was someone you connected with strongly?

With Chad Kremp being the cool, preppy 80’s kid with a slick sense of style and also a huge fan of 80’s pop culture (Tron, Star Wars, arcades, Classic Rock), how could I not be drawn to playing him? I love everything Chad does, from the NES to 80’s cinema. On set, I connected immediately with Sean Giambrone (Adam Goldberg). He and I hit it off immediately during the filming of season 1’s “The Kremps.”

Describe to us a typical day on set.

Arriving on set, I get immediately greeted by the cast and crew. I usually grab a little breakfast, then change into my wardrobe, and go into hair and makeup. Whatever scenes I’m in, I’m called to set beforehand for a rehearsal run through with the director, cast, and crew.  Then when that scene is ready to shoot, everything comes to life.  There are times to break for breakfast, lunch, and sometimes dinner.  Between scenes, the day is filled with lots of laughter as this is one funny cast and recurring cast! Trust me, it is an art form keeping a straight face even when the camera rolls.  We all have tons of fun each and every day with each other and love working with one another.

How has your experience been like working on the animated series Dragons: Rescue Riders compared to an on-camera series?

When I’m on camera, I get to play a realness with my characters, and it’s always fun to play off of other actors! When I’m behind the mic, I get to be bigger than life and become a vast amount of characters solely through my voice.  There is a lot of technique behind the microphone that has to do with tone, quality of voice, timing, range, and pitch. Not to mention, embodying an animated character outside of yourself is one of the most fun things ever.  All in all, my experience has been awesome working with all the wonderful cast and crew!

What has been your favorite project to work on so far and why?

I will always cherish playing Gumball Watterson on Cartoon Network’s The Amazing World of Gumball. That sarcastic, witty blue cat really taught me how to truly be a creative artist. I got to really become in tune with my creative side and make an animated character my own. 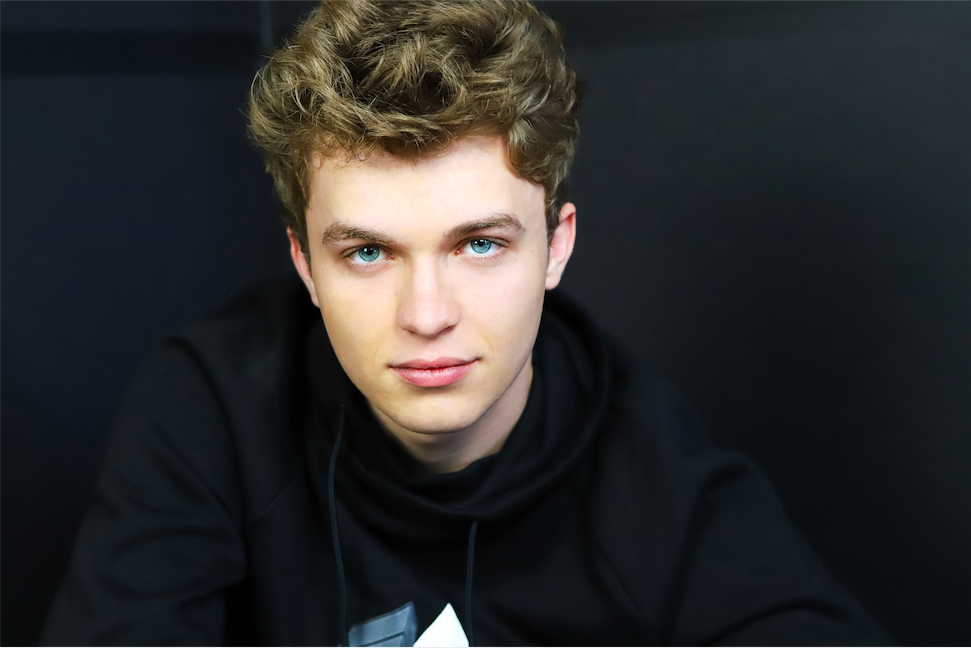 How has your acting career evolved since your breakout role on True Blood?

Once I started playing Alexander Drew on True Blood (I was about 9 years old), my entire career changed. Shortly after, Elizabeth Banks cast me to play her son in a short film she directed, I did a couple web series with some great people, more commercials and print, then booked the recurring role of Chad Kremp on the Goldbergs and Gumball Watterson on The Amazing World of Gumball. During my time of playing those two characters, I booked a Lifetime movie, did various guest roles on TV shows, a TV pilot, and a variety of voice over work including games, apps, as well as other guest roles on Nickelodeon and Cartoon Network. I also played Miller in the feature film Middle School The Worst Years of My Life. Then, as of last year, I booked Axel Finke on Dragons: Rescue Riders!  And last month, I finished filming the movie Carolina’s Calling, directed by Michael Saquella.

Tell us more about your role as Celebrity Ambassador for The Jonathan Foundation. Why was it important for you to be part of this?

I’ve been a Celebrity Ambassador for The Jonathan Foundation for seven years now! I’ve always cherished working with them because their mission is incredibly important to the future of education systems. The Jonathan Foundation works with families and individuals affected by learning disabilities and special needs (including behavioral/emotional/physical/cognitive needs) to obtain the proper assessments, IEP’s, and educational placement that will help them reach their true potential. Unfortunately, children and youth with learning disabilities and special needs are often neglected in schools, which is exactly why The Jonathan Foundation exists. Raja Mahabra, the Founder, strives endlessly to not only get the best education for these children, but make a difference in school districts so they’ll never get left behind.

How would you describe the organization in one sentence?

The Jonathan Foundation is a passionate advocacy non-profit which is the key to the proper educational placement of youth with a variety of learning disabilities and special needs. 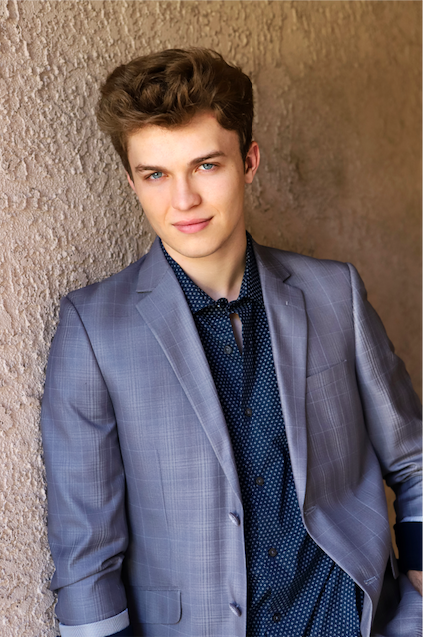 What is it about being an actor that excites you the most?

I love to create fun and exciting characters to play! Being an actor means you get to become whoever or whatever you want to be, which opens up a vast amount of creative opportunities. I love art, and acting is definitely my favorite form of it!

You have played a lead role in a few projects now. When stepping in front of the camera, what is running through your mind?

Whatever the character is thinking. To really act as a character, you have to become that character – mentally, emotionally, physically and sometimes spiritually if it serves the character.  It’s important to be in the moment in any environment the character is in and that includes who the person he or she may be with.  Before even stepping in front of the camera, just walk, talk, think, feel, and relate to other people as the character would.

What do you believe got The Amazing World of Gumball nominated for “Favorite Cartoon” two years in a row?

The Amazing World of Gumball appeals to all audiences. It has a very diverse form of humor, from child friendly antics to pop culture references. And its animation is a masterpiece to behold. It’s insane how the show can fit 2D, 3D, CGI, and even Claymation into one universe! It also teaches valuable morals about family, friendship, and love. Overall, TAWOG has something for everybody.

If you could be anywhere in the world right now, where would it be?

Michigan. I really miss my family, especially during these times where I can’t travel to see them. We just have to keep hope and faith, connect with our family anyway we can, and cherish the people in our lives.

What kind of roles do you hope to play in the future? (feel free to talk about Carolina’s Calling here)

It was nice to have the opportunity to be a young romantic as I got to play Zack in Carolina’s Calling.  He is the cool, tough Romeo of the film. He falls in love with Jessie (Savanah Moss), the daughter of Martin (Antonio Sabato Jr.), and tries to win her over, as well as gain the respect of her father and finds himself being a part of the family. I would really love to get a chance to be a lead superhero role in an MCU movie, and a lead in an anime series would be amazing!