Jack River x “We Are The Youth”

ON: September 9, 2021 BY: Alexandra Bonnet OBSESSIONS 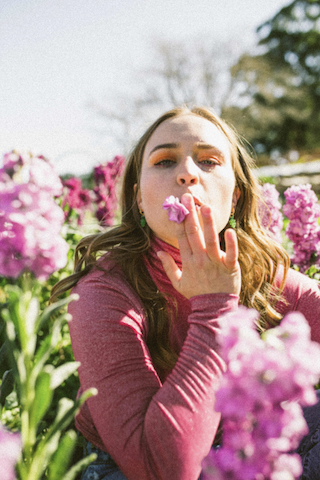 Australian artist Jack River’s (moniker of Holly Rankin) shares her new single “We Are The Youth” – a propulsive, shimmering protest anthem that forefronts a new generation of advocates and activists fighting for change.

A lifetime in the making, the track draws from Jack River’s long-held passion for climate and environmental movements. But it wasn’t until late 2019, performing at the School Strike 4 Climate rally on Gadigal land (Sydney), that inspiration struck. “I played to 80,000 young people, and I realised that I didn’t have an anthem for them, and myself – to express how we felt about the times,” says Jack River (real name Holly Rankin).

The multiple global social movements of the last 18 months – and a culmination of Holly’s experiences which include her undertaking a law degree in 2019 – made her realize it was the right time to write and release the song. “At the same time as there is widespread climate injustice, there is ongoing abuse of power on many fronts in our society: against First Nations people, in the halls of parliament, and in workplaces everywhere. People are tired of it. We want change and action, and we are ready to work to build our way out of a broken system.”

“We Are The Youth” bottles the moods of these movements – alongside many other campaigns led by young activists – like a lightning bolt, with lyrics that speak directly and blatantly to their urgency. “I’m tired, I’m tired of silence / I’m sick, I’m sick of violence,” Holly sings, before launching into an all-out call to arms in the chorus: “We’re gonna run through the streets tonight / We’re gonna run to the riot”.

Young activists remain front and center in the “We Are The Youth” accompanying video, directed and edited by Nyikina Warrwa and Wangkumara Barkindji filmmaker Marlikka Perdrisat, alongside Holly herself. Assembled from hours of archival footage, it features global change-makers including Jean Hinchliffe (teenage climate Activist from Australia), Grace Tame (Australian activist and advocate for survivors of sexual assault), and Brittany Higgins (Australian sexual assault survivor and advocate), as well as global advocates like Amanda Gorman (US), Hindou Oumarou Ibrahim (Chad), and Autumn Peltier (Canada).

The track is framed around a girl called Annie, who represents the teens working tirelessly, “pouring their youth into fixing the issues they didn’t create” says Holly. “It’s incredible, but they shouldn’t have to carry the burden. We should be seeing our leaders doing that, working around the clock on these issues – and we’re not.”

“We Are The Youth” pays homage to the forebears of what Jack River terms “political pop” – artists like Joni Mitchell, Bob Dylan, and Neil Young, whose music doubled as outspoken political statements. In its production – worked on in collaboration with Matt Corby and Peking Duk’s Adam Hyde, and mixed by Spike Stent (Lorde, Madonna, Beyoncé, Björk). The result is a heady, electrifying mix of warped guitars and stomping drums that capture “the feeling of our times, like a folk song laced with acid” as River describes it.

With over 66 million streams, a Platinum, and multiple Gold singles, Jack River is a force to be reckoned with. Her debut album Sugar Mountain earned 3 x ARIA Award nominations, including Breakthrough Artist of the Year, Best Pop Release and Engineer of the Year, an AIR nomination for Best Independent Pop Album, and saw Holly nominated for Breakthrough Songwriter of the Year at the APRA Awards in Australia.

But Jack River has not only proved herself as a powerhouse musician in recent years but as a voice for change. Last month in Australia Jack River spearheaded the ‘Our Soundtrack Our Stories’ initiative alongside ARIA after posting a now viral call-to-arms for Australian media and business to get behind homegrown music as it struggles under the pressure of a new wave of lockdowns, leading to action from all the major news outlets in the country.

Earlier this year, in conjunction with the Sydney Opera House, Jack River hosted an event using her platform to “pass the mic.” ‘Visions Of Us’ was an evening of music and poetry that united the voices of climate activism, First Nations leaders, and young artists. The event featured musical artists including Budjerah, and special guests Brooke Boney (influential Australian newscaster), Grace Tame, and Kirli Saunders (award-winning multidisciplinary creator and consultant, and activist in Australia).

Both “We Are The Youth” and its accompanying video serve as a celebration of the incredible work young people are performing all around the world, but also serves as a galvanizing reminder of our collective power. “I want people to feel like this generation has their back if they’re taking urgent action,” Holly says. “We’re all in this together, and every single individual’s actions matter.”

Stay in touch with Jack River: