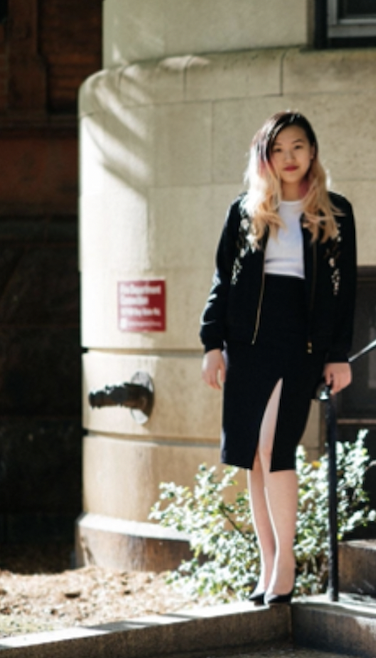 Born in Hong Kong and raised in Shenzhen, China, Windsor Wong lived her childhood and teen years far from the lights of Hollywood. However, she was inspired by American movies and knew that Hollywood was the center of filmmaking in the United States (and the world). So, she decided to pack her bags and head to the City of Angels.

California’s West Coast is well-known for its diversity and embrace of every culture. It’s the epicenter of entertainment and the place to be if you want to meet people of all backgrounds and talents.

Growing up, Wong was always attracted by the magical world of television, which transported her to the realm of imagination and helped her discover other worlds. But it wasn’t until high school that Wong started getting into narrative features, especially those in English, from classic Hollywood films to epic sci-fi fantasy adventures. The more time she would spend watching, the more she felt pulled to a fairytale world that makes you forget the everyday routine.

Although she loved plunging into stories and adventure, Wong realized that she wasn’t meant to be an author. She was meant to be a facilitator, creating magic with a production team and sharing it with the world. This is when she decided to become a producer and flew to Los Angeles to make her dream come true.

Windsor Wong is the perfect example that the American dream — coveted by so many in the City of Angels — is still alive and well. Often criticized as being a myth, the struggle to achieve the American Dream can seem impossible. Yet, this young producer has proven the naysayers wrong.

Traveling to Los Angeles on her own, Wong managed to make a place for herself in the highly competitive world of entertainment.

Developing her skills as a producer at the renowned White Horse Pictures, Wong has worked on such high-profile projects as “The Bee Gees: How Can You Mend a Broken Heart”,  directed by the award-winning filmmaker Frank Marshall, featuring interviews with Justin Timberlake, Nick Jonas, Noel Gallagher, and Barry Gibb himself. The feature documentary was released at the end of last year on HBO to critical and audience acclaim.

White Horses Pictures was founded by Nigel Sinclair and Guy East, two veteran Hollywood producers and partners, with credits that include the Academy Award-nominated films such as The Ides Of March, starring George Clooney and Ryan Gosling; the Golden Globe and BAFTA-nominated Rush, directed by Ron Howard; Snitch, starring Dwayne Johnson; End of Watch starring Jake Gyllenhaal and Michael Peña; and the most successful British horror movie ever, The Woman in Black.

Wong managed to find her place in Hollywood not only with iconic documentaries, but she has also independently produced a slate of films that communicate her more personal point-of-view as a filmmaker. Most recently, she directed and produced First, We Eat with fellow filmmaker Mireia Vilanova. First, We Eat is a short documentary shining a spotlight on the Los Angeles Chinese American community during the Covid-19 pandemic. It is one of Wong’s ambitions to continue producing such projects in the future and establishing her own voice as a producer in this industry.