Immerse In Culture at the Hard Rock Guitar Hotel 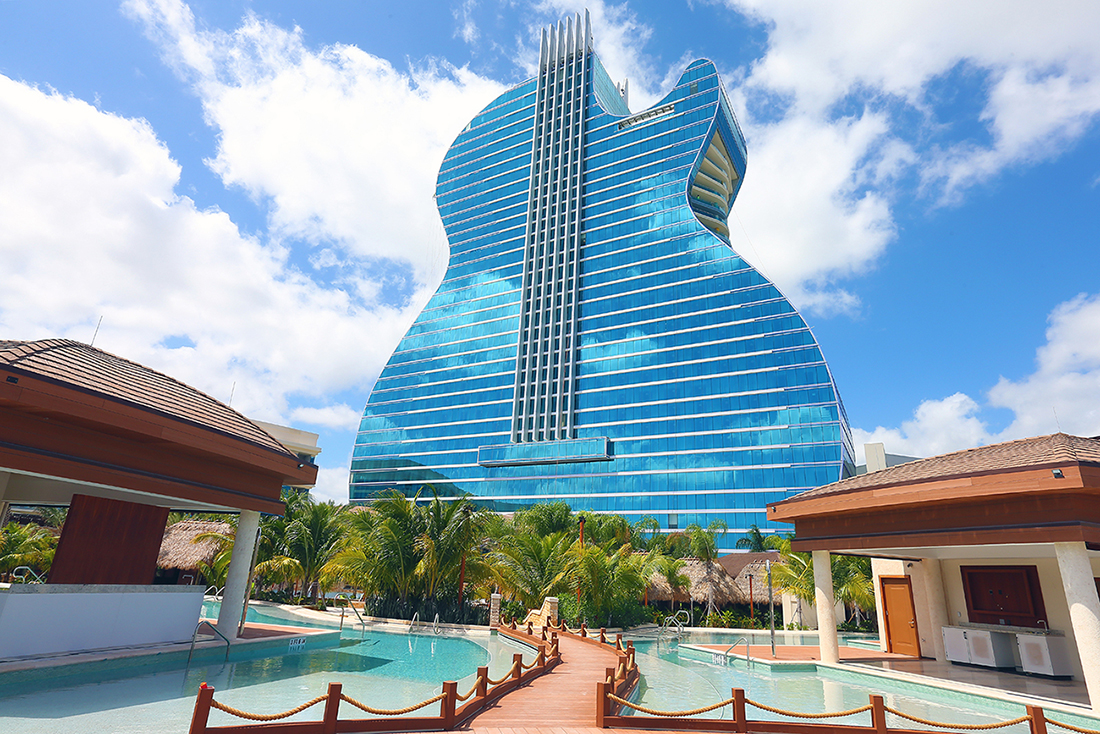 The iconic Guitar Hotel at Seminole Hard Rock Hotel & Casino officially opened as part of a $1.5 billion expansion that catapults the integrated resort and casino to world-class status as an unrivaled gaming and entertainment destination. With a state-of-the-art performance venue, expanded casino, 13.5 acre pool and lagoon, luxury spa, nightclub, day club, and more than two dozen innovative dining, lounge, and entertainment options, the hotel is thoroughly prepared to provide an unforgettable experience.

A quick fifteen minute ride from the Fort Lauderdale airport and one speedy check in later, we started off the night toasting at Abiaka, the new American wood fire grill restaurant. While offering both large-format entrées and small plates, the menu was perfect for sharing. The entire restaurant experience felt like a conversation with a friend. The staff was incredibly knowledgeable and accommodating to any dietary restrictions. Even more extensive than the food menu is their drinks menu. Here’s the thing, I highly recommend not even bothering and just asking for whatever pairs well with what you’re eating because they definitely know best. Don’t leave without dessert, it’ll be the biggest mistake of your night. You may be full but if there’s a will, there’s a way and an argument does not have to be made for the churros.

As this was the second week into the opening of the Guitar Hotel, there was plenty of buzz on the light show extravaganza and we were excited to see it for ourselves. Videos cannot do the show justice. The detail put into the show was incredible and truly elevated the experience. LED lights were built into every side of the hotel and programmed to change color and intensity timed to music accompanied by six fixed high-powered beams of light that project at least 20,000 feet into the night sky and mimic the strings of an imaginary guitar neck. It’s an experience you have to witness for yourself, even if it’s just in passing.

About an hour out of the hotel, down a road reminiscent of the CSI Miami title sequence, you can find the Big Cypress Seminole Reservation where the attractions focus on adventure, learning and camping. We started at the Billie Swamp Safari, where for the adventurous, frog legs and gator nuggets await at the Swamp Water Cafe (they also have french fries). We got to do a meet and greet with the cutest furry and scaly critters at the Billie Swamp Critter Show before heading off into the Everglades for an airboat tour with a real life, real friendly, alligator wrestler. 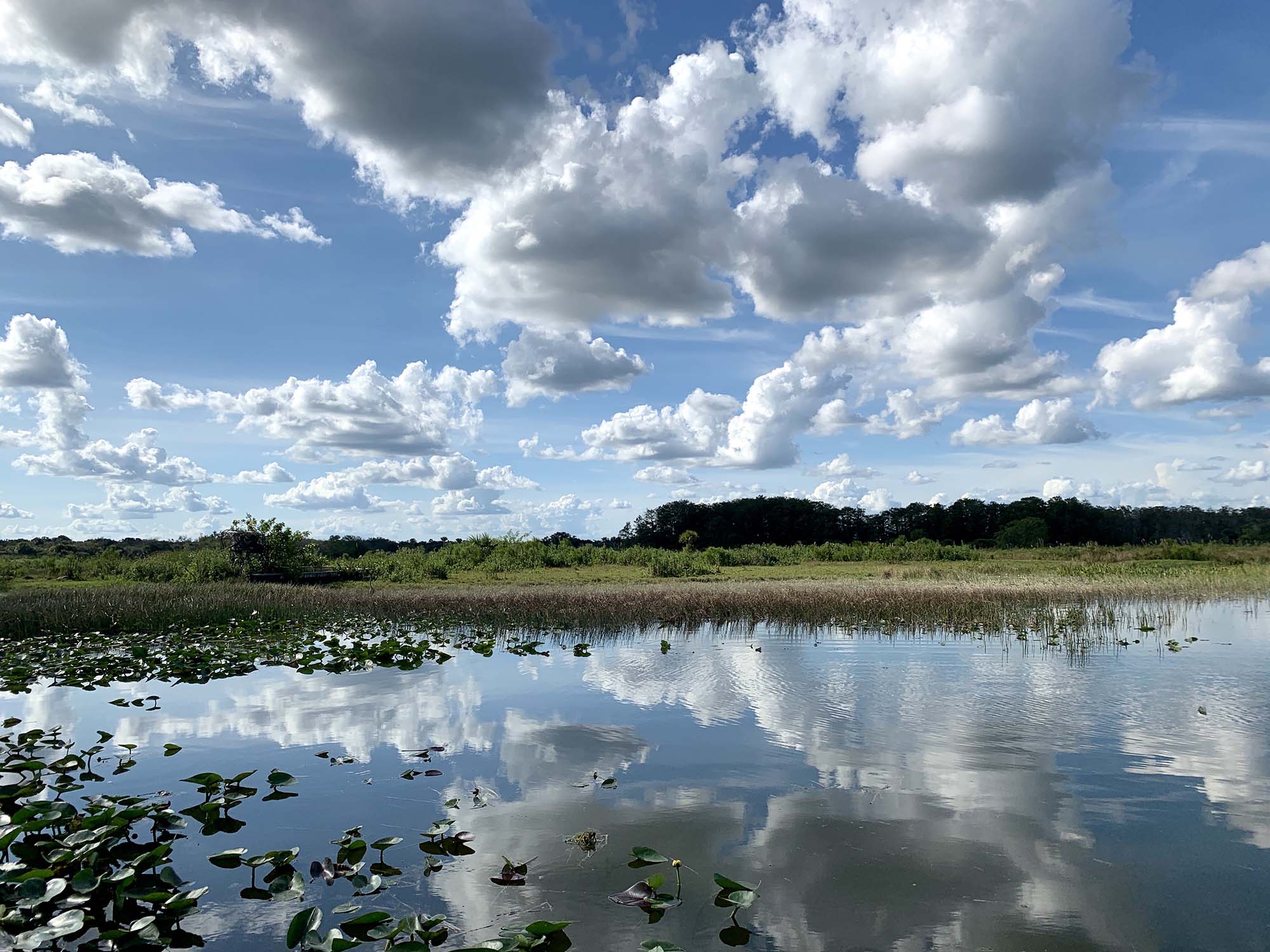 We made our way to the Ah-Tah-Thi-Ki Museum and Big Cypress Resort & Campground also located on the Seminole Reservation. The museum houses more than 180,000 unique artifacts, replicas, and archival items. One of the best parts of the trip was learning about the Seminole people and their historic connection to Florida. While Seminole tribe history may seem arbitrary at first, it plays a large role in the hotel and its many features. Jim Allen, chairman of Hard Rock International, guided the Seminole Tribe’s acquisition of Hard Rock International in 2007, making the Seminoles the first North American Indian Tribe to purchase a major international corporation.   Elements of the Seminole Tribe can be found sprinkled throughout the Guitar Hotel, such as Council Oak, one of the many fine dining options named after the historic oak tree which has been the site of significant historical events of the Seminole Tribe as far back as 1957. For seafood lovers, Council Oak is a must. A three-tiered raw bar seafood platter is one of their specialities and the dragonberry mojito is a must.

At night your legs will naturally gravitate towards DAER Nightclub, the new South Florida hot spot. There were many drinks, lots of dancing, and amazing guest: DJ T-Pain. Fast forward one pounding headache (memorabilia of a fun night), we got to experience the new Rock Spa. We couldn’t think of a better way to spend the morning than unwinding and letting the toxins of the previous night out into the steam room. A friendly and attentive staff is on hand to make sure you have the most relaxing experience possible and a steam room is now my new standard for nursing a bad headache after a long night. 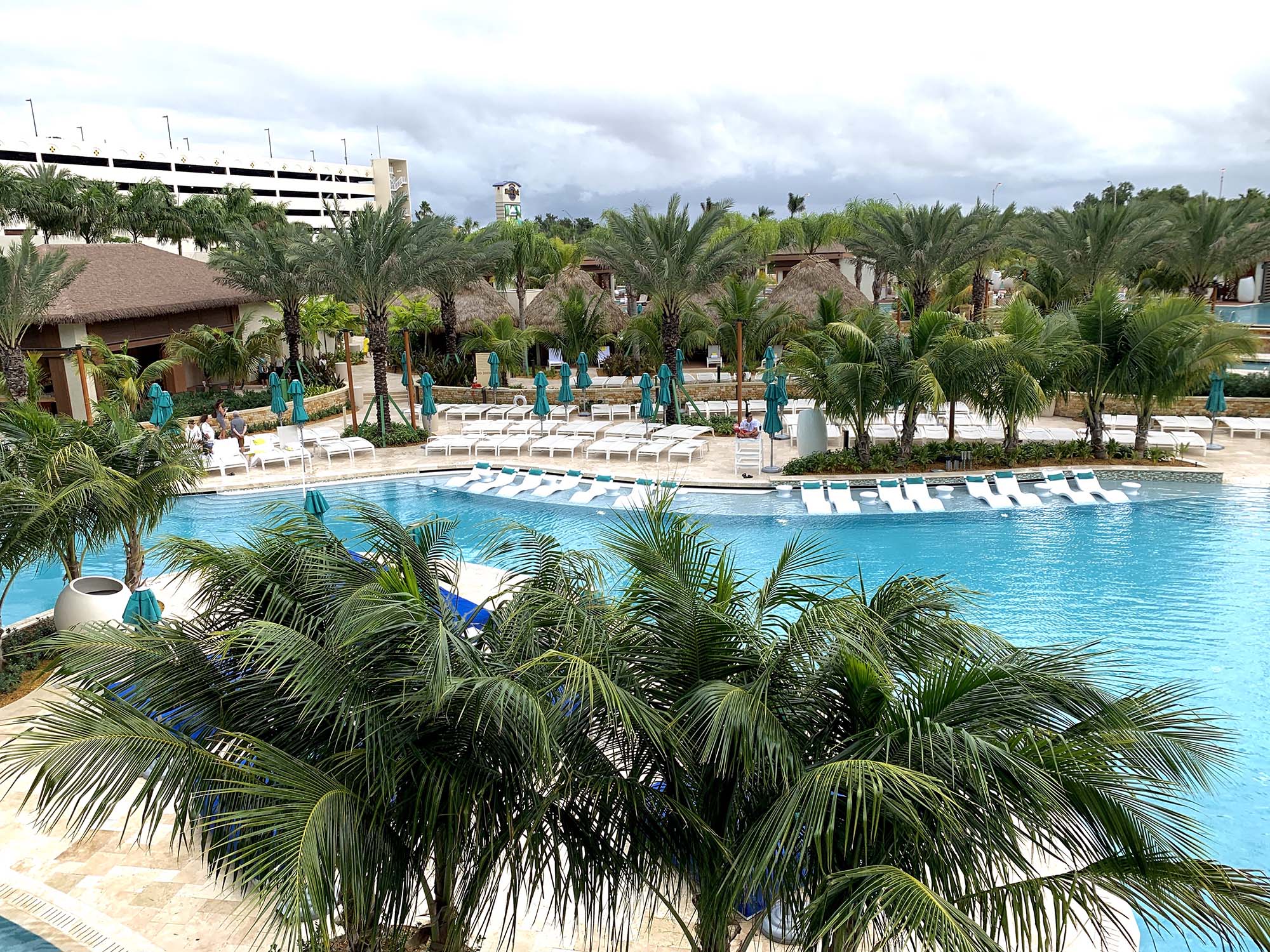 We were lucky enough to spend a day at the beautiful Bora Bora Cabana, appropriately named because it really felt like we were transported to a lagoon. The cabana was spacious and the personalized service was, again, incredible. We snuggled, had some food and drinks, and watched some of the Harry Potter marathon while waiting out the rain (Florida weather, am I right?) before relaxing on the in water chaise loungers.

The best way to end the trip was watching Sting perform. Playing his own notable pieces as well as hit Police classics, it was an incredible and unforgettable performance. The crowds’ energy was amazing! We screamed until our voices went hoarse, and got to play a live rendition of the “Roxanne” drinking game.

One of the best parts of the trip was how culture and history emanated from every part of the hotel. Classic Hard Rock music memorabilia and influential Seminole Tribe history is prevalent all throughout the hotel and made us feel truly connected throughout the weekend. The Seminole Hard Rock Hotel & Casino is the perfect little getaway – or staycation – for everyone!

Special thanks to The Z!mmerman Agency for being the most amazing hosts!
Photos provided by Hard Rock