ON: May 18, 2019 BY: Ed Solorzano OBSESSIONS
Film/Television Review 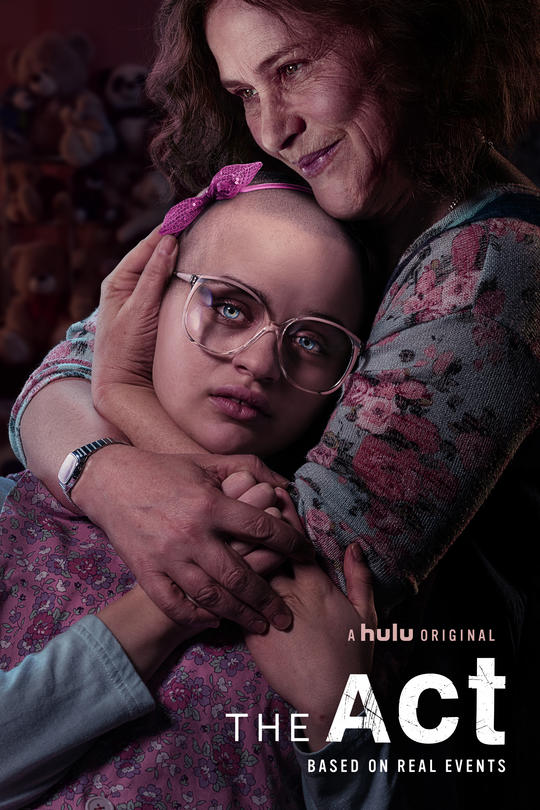 If you’re a crime lover and haven’t watched Hulu’s latest original miniseries, The Act, snuggle in bed and prepare not one, two, but multiple snacks, because you have some binge watching ahead— because this crime series is creepier than your average crime series based on a true story.

The Act, starring Joey King, Patricia Arquette, and Calum Worthy, revolves around the themes of a toxic mother/daughter relationship, illness, and murder. Gypsy Rose Blanchard (King) lived the entire 20 years of her life as a lie and under the control of her mother, Dee Dee Blanchard (Arquette).

Gypsy was always perfectly healthy but was forced by her mother to pretend otherwise. The child grew up glued to a wheelchair, nourished through feeding tubes, and forced to undergo multiple purposeless medical operations. Dee Dee denied Gypsy any opportunity of venturing into the outside world motherless. She claimed her daughter suffered from “chromosomal defects” that resulted in other illnesses— including epilepsy, and muscular dystrophy. When Gypsy was no longer considered a child, Dee Dee lied about her daughter’s age, stating that Gypsy was five years younger than she was. All the while, Gypsy was forced to keep her mouth shut.

When Gypsy was old enough to take an interest in the concept of love, she would secretly go on a Christian dating site while her mother was asleep. There, she met a man named Nicholas Godejohn (Calum Worthy) who she had a relationship with online for over two years. The two fell in love, and he helped her recognize her deplorable living conditions. The couple could not move forward with the presence of Dee Dee; Together, they murdered Dee Dee.

The Act is a series revolving around a never before seen story that is so uncanny, it borderlines a seemingly exaggerated fantasy. What makes the show so interesting, is the knowledge that it is based on a true story. The Act is, without a doubt, a binge worthy nail biter. It strikes its viewers in the heart evoking emotions of shock and pain. However, because of its strong plot and turning point, even after the couple of episodes, the show is straining to continue with the story. Still, the original Hulu series is a series to add to your list of shows to watch.