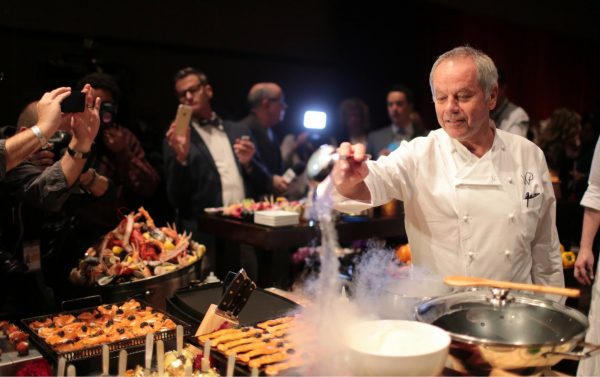 HBO Max has ordered (get it?) a new unscripted documentary series that will follow celebrity chef Wolfgang Puck and his company, Wolfgang Puck Catering. In collaboration with production company Renegade 83, the docu-series, titled “The Event,” will “give viewers a front row seat to the world of a culinary master and his elite catering company.”

Each one-hour episode (a total of eight) will follow various members of Wolfgang Puck Catering as they strive to exceed their clients’ already high expectations. From catering the Academy Awards Oscars Party to the 10,000 guest Adobe MAXBash, the sky’s the limit (also, Wolfgang catered the wedding of Kim Kardashian-West and Kanye West, so fingers crossed for a celebrity’s sweet 16 or something included in this series).

“This series will usher viewers into a world of opulence and luxury and showcase the unpredictable challenges he and his team encounter while executing the biggest and most exclusive A-list events we all wish we were invited to,” said Kevin Reilly, chief content officer for HBO Max.

Arguably the best and most well-known catering company in the industry, Wolfgang Puck Catering is the créme de la créme of restaurateurs; no doubt this series will be a lavish event (think “The Crown” meets “Chopped”). Puck said, “We are really excited to share a behind the scenes look at planning our most creative and complicated events with HBO Max subscribers.”