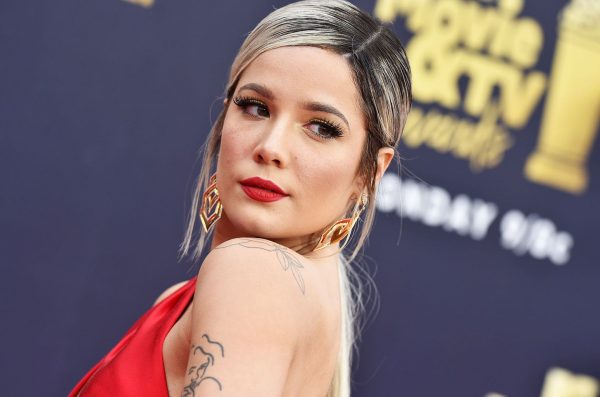 Halsey dropped her new single ‘You Should Be Sad’ along with a corresponding music video just days before her full album ‘Maniac’ is slated to release on Friday, January 17th. The singer posted to her Twitter, noting that the video incorporates several nods to some superstar inspirations.

“Xtina, Gaga, Carrie, and of course Shania, this one was loaded with nods to badass idols of mine.” she explains, referencing Christina Aguilera, Lady Gaga, Carrie Underwood and Shania Twain.

The shoutout did not go unnoticed. Underwood responded with her own tweet, “Woah, to be put in such royal company”, as did Twain, “Love it!! Flattered to be one of your badass idols @halsey”.

The musician is known for her sincere songwriting and music videos that break boundaries. While her own tunes typically fall under the pop genre, there’s no denying that country music has been a huge influence on Halsey’s art.

Perhaps there will be more country acknowledgments in her ‘Maniac’ album? Might as well dust off our cowboy boots, just in case…