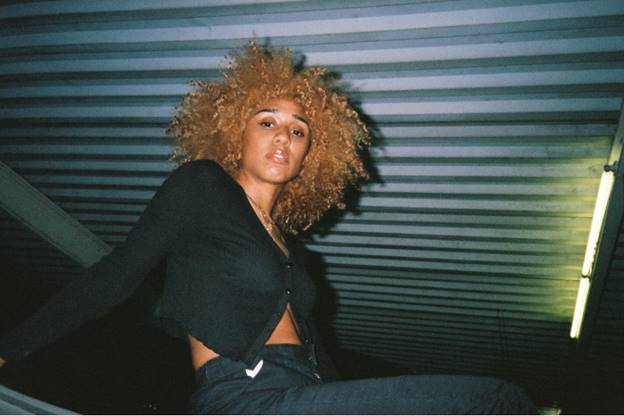 Today, genre bending singer/songwriter and multi-instrumentalist Fousheéannounces she has signed with RCA Records. After garnering attention from the likes of SZA, Noname and more, and rising up the charts with her hit single “Deep End,” Fousheé first shared the news with her growing fanbase via Instagram.

Click HERE to see her billboard announcement in Los Angeles.

On the signing, Chairman and CEO of RCA Records, Peter Edge says: “Fousheé is one of the brightest new voices with a clear creative vision and we are thrilled to welcome her to the RCA family. We look forward to helping her amplify her vision and reach new milestones together.”

Fousheé says: “I went with RCA because we speak the same music language. So many of who I’d consider to be the greats passed through there so I feel like I’m in good hands and it was important for me to still have creative control and a fair deal. I’m looking forward to pushing myself creatively. I want to create the soundtrack of this generation. “

Fousheé emerged this summer with the release of her track “Deep End” which garnered critical attention from the likes of FADER, OkayPlayer, Pigeons & Planes, 2DopeBoyz and more. Most recently Noisey included the track on their “Best R&B Songs of Summer 2020” list describing,”…a haunting voice…nestled comfortably on the production…At a time when so many of us were speechless [following George Floyd’s death], Fousheé found the words we wanted to say.”

Since then, the track has taken off hitting major milestones including reaching #5 on the Spotify Global Viral 50 chart, landing in Spotify’s Today’s Top Hits, Pop Rising, Hot Rhythmic playlists and Top Global 200 (sitting at #73), as well as #1 on the Global Shazam chart. The track has been streamed over 30 million times worldwide and currently sits at #1 on Apple Music’s Alt R&B playlist. 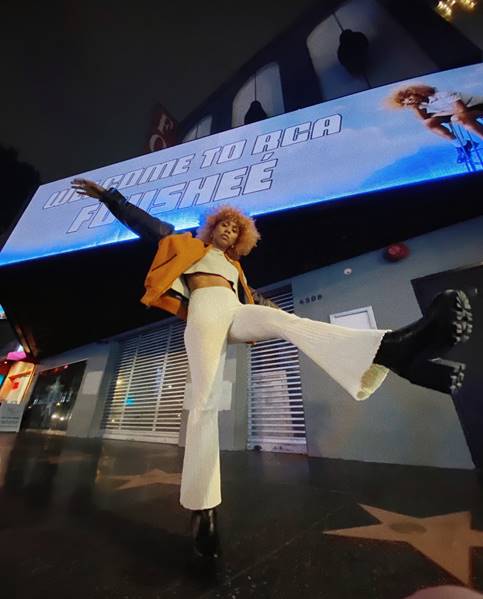 Internationally the track has made waves as well reaching Top 5 on the Top Daily Spotify charts in various Eastern European markets including #1 in Russia.

Fans first heard Fousheé’s pristine vocals on Sleepy Hallow’s “Deep End Freestyle” track, but she was not named as the vocalist. After the track took off, her mother and sister inspired her to come forward in a TikTok video, which now has over 6 million views and fans called for her to release a full version which she released in July along with the Blaxploitation film inspired visual directed by Zachary Sulak.

Check out the billboard announcing her signing, listen/watch “Deep End” and keep an eye out for more on Fousheé coming soon.

Born and raised in New Jersey, Fousheé  grew up with music in the forefront her entire life. Her mother, who hails from Jamaica, got her start in music as the drummer for a female reggae band named PEP before moving to America and starting a family. During her early childhood, Fousheé  was exposed to a variety of different sounds from her mother’s record collection including Bob Marley,Toni Braxton and Etta James who she now counts as influences along with artists she personally gravitated to over the years like Frank Ocean.

Writing her first song at age six and performing with different girl groups created with childhood friends throughout her formative years, Fousheé  always knew that she wanted to pursue a career in music seriously. Yet, she found herself following in the normal footsteps of a teenager and enrolling in college, while still working on music and performing at local café’s on the side. It wasn’t until she and her mom were involved serious car accident that forced her to drop out and help her mom recover from injuries that she fully realized how important her dreams were and that was the turning point.

After living in NYC and experiencing the music scene there, she set her sights on LA where she was embraced by the music community of creators and began to pursue her dream, honing her craft and learning to play the guitar most recently. Fast forward to 2020, little did Fousheé  know that her voice would become streamed by millions as the hook on Sleepy Hallow’s viral track “Deep End (Freestyle),” influencing her to reveal her identity as the vocalist in a TikTok video that now has nearly 6 million views. With a clear creative vision and the release of her own full version of “Deep End,” Fousheé  is ready to show the world who she is.