Food Feeds the Body, Music Feeds the Soul and Roger Mooking Feeds All 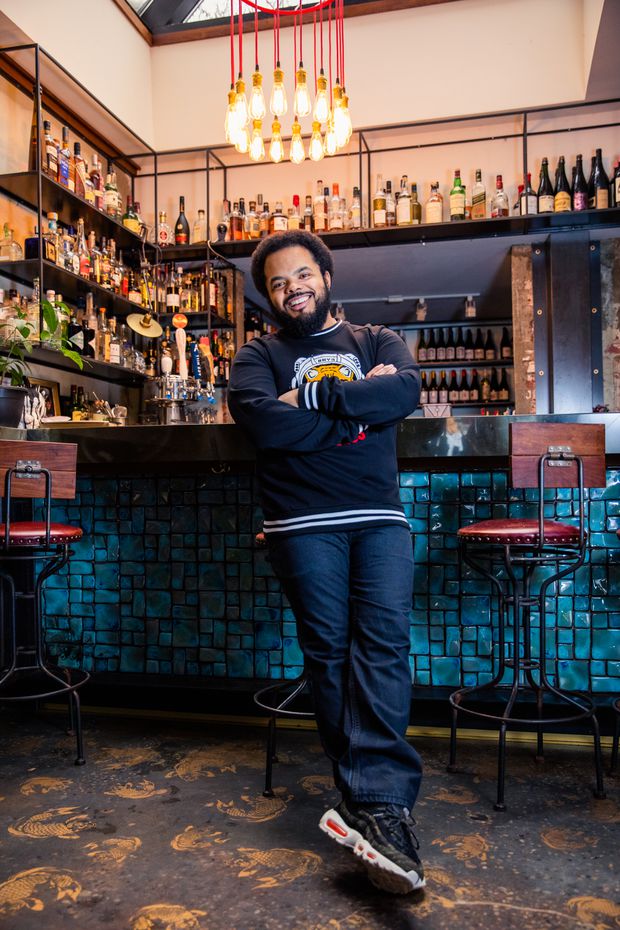 While many people will take the time to relax with cooking or listening to music, Mooking has taken a common interest to new lengths. The average person would be happy with successfully not burning their mac-n-cheese, but Mooking has completely turned cooking into a celebrated chef and an international sensation hosting a plethora of cooking shows. And while a fun night out of rapping and singing Karaoke is a great pastime to many, Mooking has taken rapping to an award-winning level: winning a Juno! Simply put: two hobbies which many people take on to not be bored, have been mastered by the one and only Roger Mooking.

What makes the man is both his spirit and charisma, and Mooking, a celebrated chef in his own right, has showed them both to Bello Mag. While meeting at West Hollywood’s Thai restaurant Night + Market, eating over a bounty of plates chosen by the man himself, it was great to connect with Mooking over the simplicities in life. Needless to say, I was quite fascinated by the great selection he chose. Connecting over Larb Gai, papaya salad and more, it was great to hear about how he truly enjoys mastering his different projects. His natural charm answers the reason as to why he was chosen among many to host and star in television shows about food. Connecting with producers before knowing they would one day lead him in front of the camera, he showed them his skillful set impressing them by his foods, plates and more.

A family man, Mooking values the time he spends with his family, interested to know that his four girls all have an interest in food, cooking which may lead them to one day overthrow the current Canadian king of television and food. Currently, Mooking can be found hosting Cooking Channel’s “Man’s Greatest Food”, with Cooking Channel’s “Man Fire Food,” Travel Channel’s Greatest of America Everyday Exotic on the Food Network and Travel Channel’s Greatest of America all on his resume.

And while someone may be satisfied with taking over one industry, Mooking has taken over the music industry. Taking his talents outside of the kitchen, Mooking has also been recognized in the music industry honored with a Juno! A truly busy man, Mooking released Eat Your Words earlier this year. Eat Your Words comes as his fourth solo album, influenced by his Trinidadian calypso heritage, classic hip hop, rock and funk. His current music can be found online and it’s great to see his sense of humor shown through his music videos. He truly believes in simply having a great time and having fun through food and music: the universal pleasures of life.