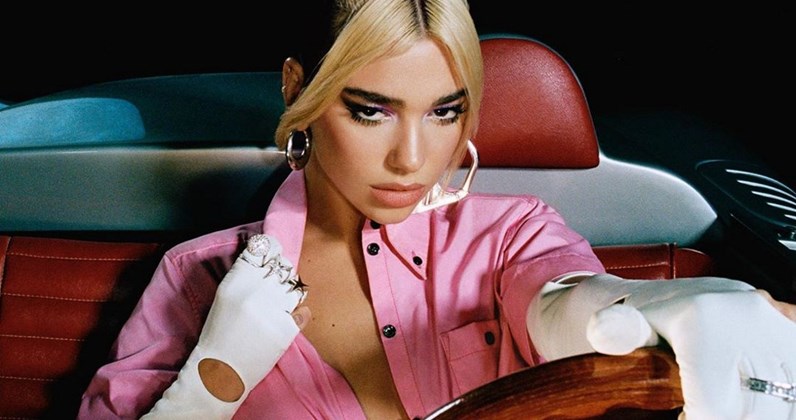 The — I guess — new queen of pop is back. Dua Lipa’s sophomore effort, “Future Nostalgia,” has dropped today, a week before it was scheduled to release.

After the entire album was leaked, Lipa decided to push up the initial date. And rightfully so; after sister-act Haim and the honorable Lady Gaga delayed their album releases (both initially due out in April), it’s so nice — so nice — that we have new music to listen to. And “Future Nostalgia” is a great change of pace.

Promoted by three singles — “Don’t Start Now,” “Physical,” and “Break My Heart” — “Future Nostalgia” is a throwback to ’80s new wave, ’70s disco and funk, while implementing elements of pop today (which, itself, is already derived from new wave, ’80s pop, and disco, so it’s all a perfect circle).

Assisting Lipa with production and songwriting were Jeff Bhasker (Kanye West), Ian Kirkpatrick (Selena Gomez), and Stuart Price. Price is known for working with New Order, the disco-punk-new wave gods of the 1980s, as well as Kylie Minogue, whose 2001 album “Fever” was an influence on “Future Nostalgia.”

Congrats to Dua Lipa for, what it seems to be, the best album of 2020. And advance congrats for sweeping next year’s Grammys.