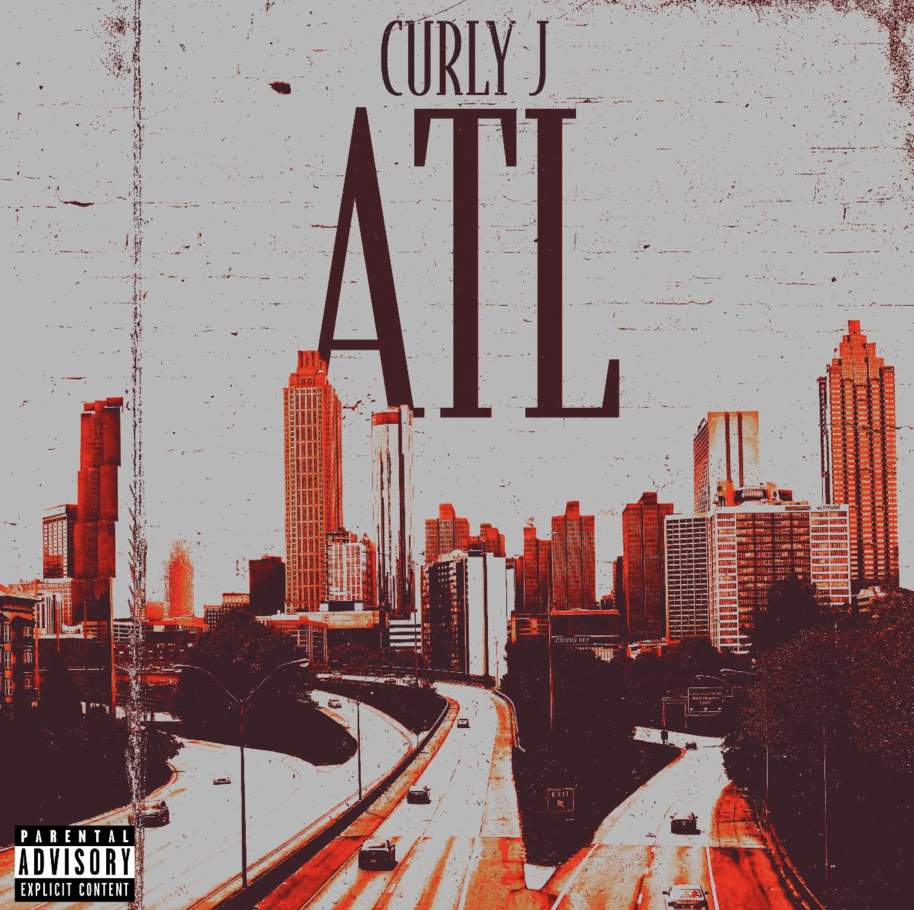 ANNOUNCES NEW EP THE WORLD IS YOURS ARRIVES MARCH 25TH
LISTEN TO “ATL” HERE – WATCH THE VIDEO HERE
Today, rising New York City rapper Curly J releases a melodic new single called “ATL.” Listen HERE. The hypnotic anthem is the first taste of the 22-year-old’s forthcoming The World Is Yours EP, which drops March 25 via Warner Records. The frenetic energy of “ATL” — the song and the city — is perfectly captured by the video, which finds Curly spitting bars on a rooftop. Watch HERE.
Curly effortlessly combines turn-up bars and R&B-style vocals on “ATL,” conjuring a hypnotic, bouncy, post-trap banger. “I’m really the hottest to blow up this way,” he sings. “On the way to the top, we just counting the days.” The day, it seems, has already come.The accompanying video makes that crystal clear.
In it, Curly ascends a rooftop on a cloudy day and spits his verses directly into the camera. He peers down on the city like he owns every building in sight. With a few understated chains wrapped around his neck, Curly displays the quiet cool that pervades his best work.
Curly J has grown impressively since the March 2021 release of his dynamic Warner debut, Kingdom, and recent singles like “Who Ride” and “Moon Light.” Never one to rest on his laurels, “ATL” is bound to be a hit with his established followers and new fans alike.
ABOUT CURLY J:
Curly J learned how to do it himself. The self-proclaimed “King of Melodies” is Long Island’s most exciting star in years—effortless as a vibe-setting crooner or double-time rap assassin, over moody guitar-streaked bangers or bright electro-tinged trap. But while he may seem fully formed, his rise was predicated on a stubborn effort to become as well-rounded as any rapper doing it. Sure, his life changed forever in the summer of 2019 when his single “Bag Different” went viral on SoundCloud, but that success was a long time coming, and the result of Curly J betting on himself. When he wrote “Bag Different,” though, he realized it was time to switch things up. Curly “risked it all,” dropped out of school, promising his mom that within a couple years he’d be a star. Since signing to Warner Records, he released his major-label debut EP Kingdom in ’21 and gearing up for his newest project The World Is Mine on March 25th, brimming with energy to match his lively flow. He puts it all in the music, which is why so many fans of R&B’s intersection with rap have crowned him as rising royalty.
FOLLOW CURLY J:
Twitter | Instagram | YouTube