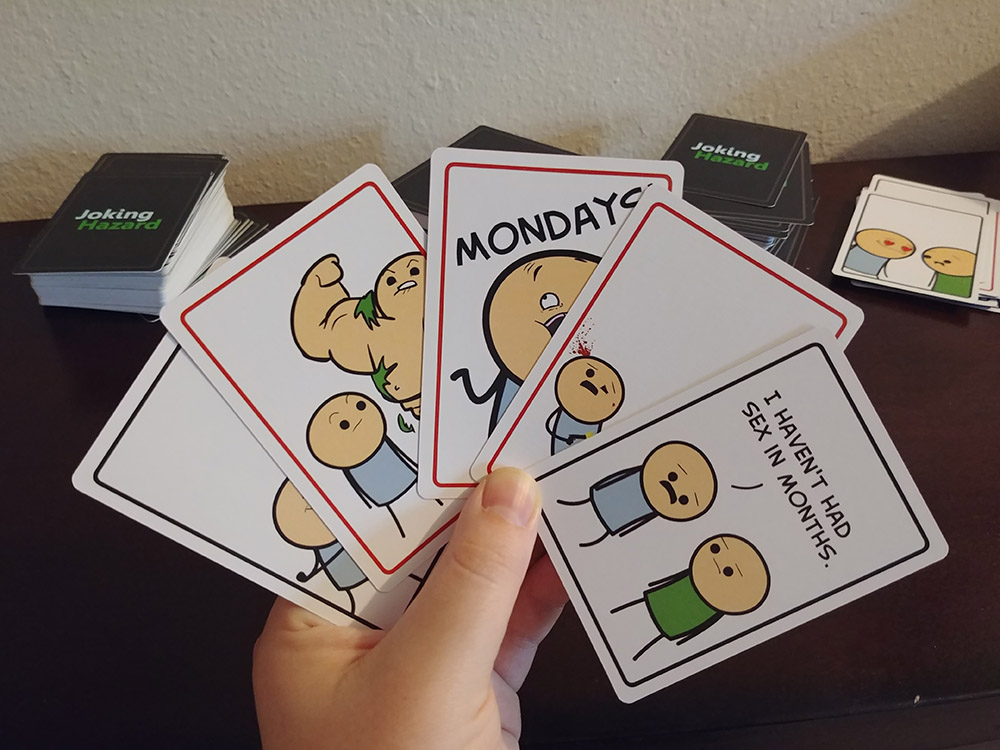 by Hiko Mitsuzuka (@TheFirstEcho)
Sure, Comic-Con is usually monopolized by cosplay and all the news that comes out of Hall H (Terminator and Top Gun, blah, blah, blah), but this year, we focused our attention on tabletop party games, some of which were making their debut on the exhibition floor.
Call it the “Cards Against Humanity Effect.” Adult-oriented card games have been gaining popularity throughout the past decade, and there doesn’t seem to be any shortage of creative ways to spend a game night with friends who appreciate some R-rated fun.
Case in point: Sparkle Kitty Nights. Created by Manny Vega and published by Breaking Games, the colorful and (for novices) slightly convoluted sequel to the magic spell card game is a feast for the eyes and brain. Much like its family-friendlier predecessor, two teams of players have to escape cursed towers — this time, as naughty or nice knights. Unlike its predecessor, there’s a hidden dragon amongst the players as they “expose” themselves and shout out double-entendre-filled spells like “Furry Muffin!” (Giggling is inevitable.) Also titillating are the knights themselves, drawn by various artists. One standout is Ladies Knight from Team Naughty, a faceless yet shredded, trident-toting warrior who looks as if he stepped off the cover of a fantasy-romance paperback. 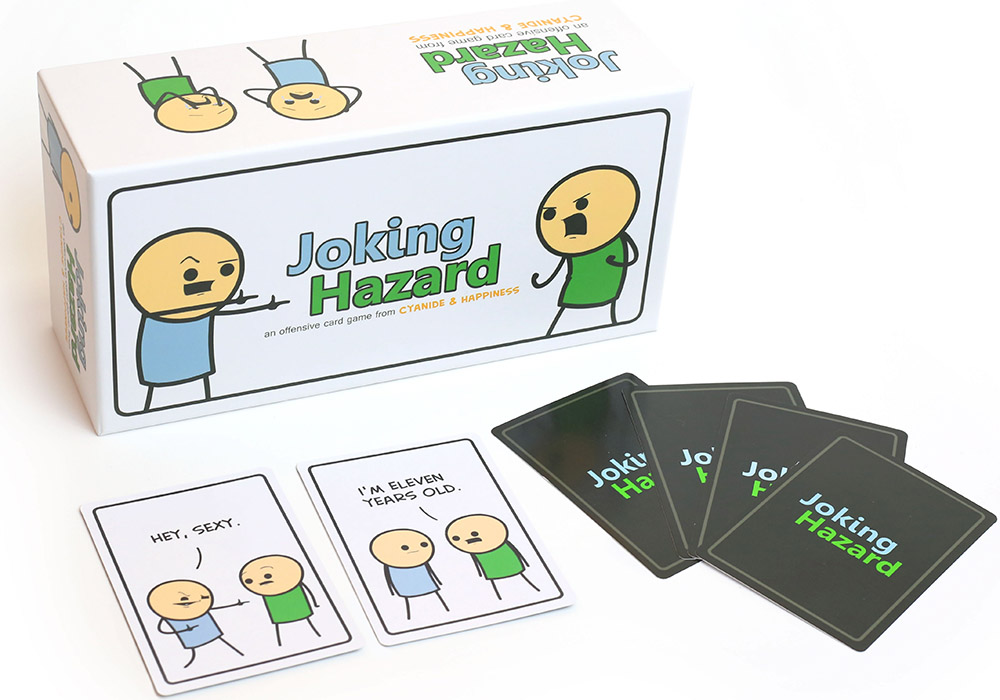 Using a simpler set-up is Joking Hazard, an “offense card game” (also from Breaking Games) that has been around since 2016 and isn’t ashamed to flaunt its “violence, bad words, and sex stuff.” Based on the popular Cyanide & Happiness Random Comic Generator that launched a million memes, this game includes a deck of 250 unique panel cards that can be combined to create 15.4 million dirty-minded comic strips.
Cards Against Humanity co-creator Max Temkin even gave the game his blessing when it launched: “It gives you the feeling of being one of the creators without the burden of actually having to be funny yourself.”
And for those of you who will undoubtedly tear through this game, there are several booster card packs available to expand upon the naughty fun. 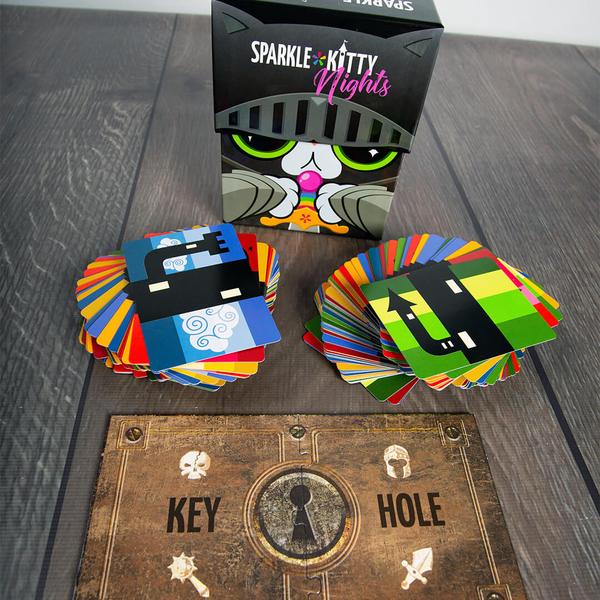