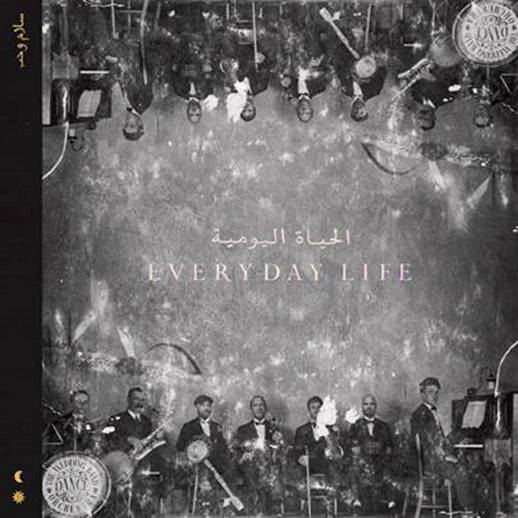 Coldplay has returned from a four year album hiatus with the announcement of their new double album, Everyday Life. The album will span 53 minutes, divided into two parts – Sunrise and Sunset. The cover of the album is based on a 1919 photograph of the lead guitarist Johnny Buckland’s great grandfather’s band.

Two songs, Orphans  and Arabesque, were released as a single on October 24th and are available to download / stream now. Orphans music video, directed by Mat Whitecross, was released the following day. The music video features a compilation of clips of the band creating the song in multiple settings – including lead singer Chris Martin singing and playing the guitar alone on a staircase in New York City at 3 am, the band playing their instruments in the studio, and performing the song in full together outside.

Coldplay continues their advocacy of peace and unity with both upbeat singles, while simultaneously acknowledging large scale humanitarian issues. Orphans directly addresses the 2018 bombings of Syria, telling the story of a young girl and her father who passed away as a result of the bombings. Chris Martin discussed the album on BBC Radio 1, saying “It’s all about just being human; it [The album] is our reaction to the perceived negativity that’s everywhere. And there is a lot of trouble, but there’s also so much positivity and so much great life happening. So in a way, it’s just trying to make sense of things, saying what we feel and what we see.”

The album is set for release on November 22nd on CD, vinyl, cassette, and digital platforms.

On November 2nd Coldplay will perform for the sixth time as musical guest on NBC’s Saturday Night Live.