5 Halloween Movies to add to Your Scarefest This Year 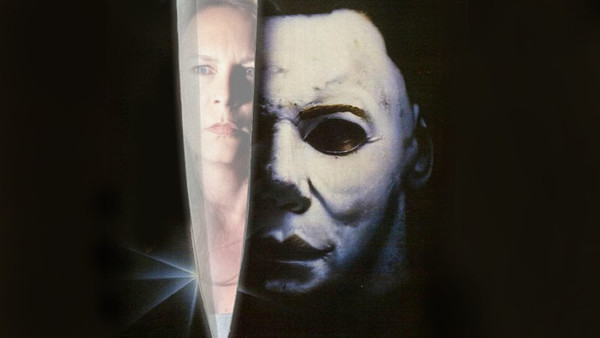 October has finally arrived and so has everything that goes with it. From the bonfires to the candy corn and from the late-night horror movie fests to trick-or-treating. For some people, October is the best month of the year. From the funny Halloween ecards you send to your pals to the spooky decorations you set up in your front yard to scare the kiddies, Halloween season is just an amazing time of the year.
The one thing you do need to get serious about, however, is the Halloween scarefest you put on for your friends and family on All Hallow’s Eve. Complete with spooky food and eerie fog, you put on a few truly frightening movies and settle down in front of the fire with popcorn and cocoa to enjoy the night. If you’re wondering which Halloween movies are best to feature on this year, we have a few on our list, from scary and frightening to cute and family-oriented, for you to consider.
1. Anything From the Halloween Movie Franchise
It just wouldn’t be Halloween without settling down to watch the entire Halloween Movie franchise over the month of October. Whether you’re a fan of the 1978 original version, the Rob Zombie remake, or haven’t yet seen the 2018 continuation of the series, an entire day should be devoted to watching Jamie Lee Curtis as Laurie Strode in this cult classic franchise. Pick your favorite to feature on Halloween night.
2. Hocus Pocus
Released in 1993, Hocus Pocus quickly became a Halloween favorite for people of all ages. The movie tells the story of three witches out for revenge, a cursed black cat, and some teenagers who are determined to save the day. It’s a great Halloween movie to curl up on the couch with the kids and watch before the guests arrive for the adults-only scare-fest. You can also grab your blanket and curl up in front of the fire to watch this family favorite together after trick-or-treating is done.
3. The Scream Franchise
Another not to be missed series of movies loved by horror and Halloween fans everywhere is the Scream franchise, which was first introduced to adoring fans in 1996. The film cleverly recognizes all of the horror movie cliches while still managing to scare the bejesus out of viewers. From stabbings to using a garage door as a murder weapon, there are enough kill scenes in this one to please everyone at the party.
4. US
If you want some psychological terror with your horror, then US will probably be one of your favorite movies this upcoming season. Released in 2019, US follows an African-American family who only wants to get away from the stresses of the world for a beach holiday. It turns out that relaxing isn’t meant to be. The family is stalked by their doppelgangers in a film that has quite a few heartstopping moments, and a wonderful plot to boot. You don’t want to miss out on watching this one on All Hallow’s Eve for sure.
5. Goosebumps Two: Haunted Halloween
Released in 2019 as a sequel to the popular Goosebumps movie, this family favorite, based on R.L. Stine’s popular Goosebumps book series, is one for the ages. Three years after the last battle, the mysterious book is back and, when two friends release Slappy the Dummy into the real world, they must work together before he takes over their hometown and the rest of mankind as well. This is a cute Halloween movie that everyone in the family is sure to love.
These are just a few of the awesome scary (and not-so-scary) movies that you should make sure to watch this year. From the kid-friendly Goosebumps to the terrifying Scream franchise, there is nothing quite like Halloween and the movies that go with it.