Coachella Will Most Likely Be Postponed Until Next Year 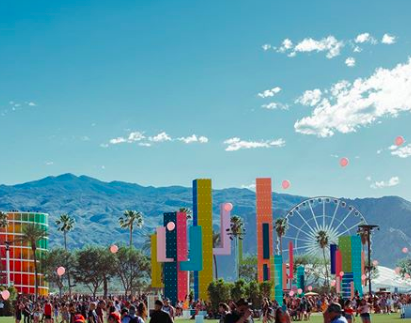 Yet again, the coronavirus (COVID-19) has managed to strike down another one of the music community’s most beloved events—Southern California’s Coachella.

The musical festival, which is usually held in the Coachella Valley of Indio, California, pushed its original festival dates of April (the 10-12 and the 17-19) back to October, with hopes that the majority of the pandemic would end. But unfortunately, with restrictions and paranoia still remaining, Southern California’s most prominent musical festival will most likely see the light of day sometime next year.

According to a report from Bloomberg, festival organizers have begun to request that this year’s lineup perform in 2021 instead of the later October. Artists that were included in this year’s lineup include (but are not limited to): Frank Ocean, Rage Against the Machine, Travis Scott, Big Sean, Lana Del Rey, Lil Uzi Vert, 21 Savage, Megan Thee Stallion, and one of 2020’s highest performing artists, DaBaby.