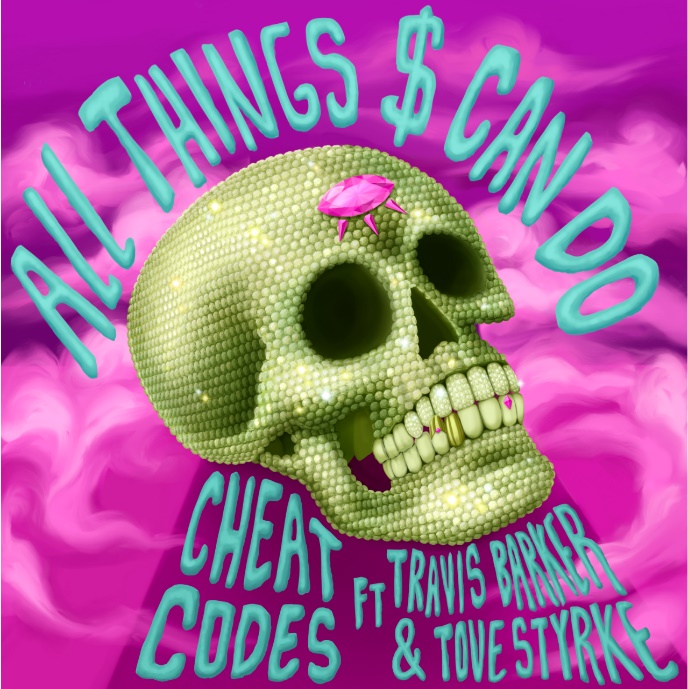 LISTEN TO “ALL THINGS $ CAN DO” HERE

Los Angeles, California – August 13, 2021 – Multi-platinum hit-making trio Cheat Codes, popularly known for their smash single “No Promises” (feat. Demi Lovato), have collaborated with prolific drummer and producer Travis Barker and electro-pop singer Tove Styrke to release their latest single, “All Things $ Can Do.” Coming off their Country-Pop crossover single, “Never Love You Again” withLittle Big Town and Bryn Christopher, the chart-topping artists are back to showcase yet another dimension of their artistry with their newest cross-genre collaboration. “All Things $ Can Do” is available now on all digital streaming services, found HERE, and with an official music video starring fitness model and social media sensation Sommer Ray, found on YouTube HERE.

“All Things $ Can Do” is a genre-blending single that combines rock, trap, and pop influences into one. The song begins with Tove Styrke’s beautiful vocals singing along to a trap beat. The rock influence begins during the build-up and solidifies at the drop that launches the melodic and catchy chorus; making a very polished pop song. Vocals from Cheat Codes can be heard singing alongside Tove Styrke and are most prominent during the second verse. The musicians sing about fixing a state of sadness with materialism, exclaiming “I was sad ‘til I bought something new.”

Speaking about the meaning of the song, Cheat Codes stated, “A lot of people get into this rat race of trying to have more, make more and do more but at a certain point it’s a mental illness. When you go down that rabbit hole of everything that money can do for you, it poses the question ‘what can’t it do?’ Some of the best things in life such as love and relationships require time and attention. You can’t just throw money at it and expect it to flourish. Life’s about balance.” 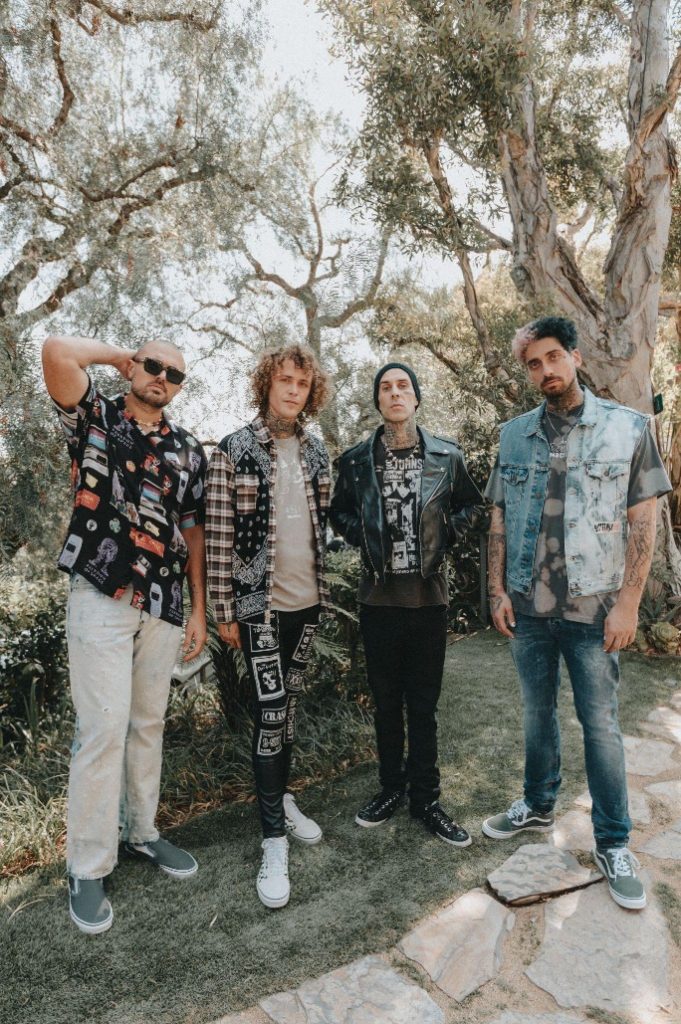 Musician and producer Travis Barker is best known for being the legendary drummer of the critically acclaimed rock band blink-182. The band achieved mainstream success during the early 2000s, as their memorable music is still enjoyed by many, with over 12 million monthly listeners on Spotify. Travis Barker has made a name for himself with his extraordinary drumming talent and production skills, making him one of the most sought-after producer and collaborators by many; appearing on tracks with artists of different genres such as Ty Dolla $ign and Steve Aoki. Some of his most viewed collaborations include “I Think I’m OKAY” with Machine Gun Kelly and “11 Minutes” with YUNGBLUDand Halsey. Collectively, these videos alone have garnered over 150 million views. Most recently, he signed with Warner Chappell Music and performed “La Di Die” with rising stars Nessa Barret and jxdnon Jimmy Kimmel Live and joined forces with WILLOW in her recent song “t r a n s p a r e n t s o u l.” Travis has also found success in industries outside of music, such as his clothing line Famous Stars and Straps and his vegan CBD brand Barker Wellness.

On working with Travis Barker, Cheat Codes stated, “It’s been a dream working with him. He’s one of those guys that can hear the song once and know exactly what to play. I swear he’s got a photographic memory or something.”

Swedish vocalist Tove Styrke gained mainstream attention from the public with her appearance on Swedish Idol 2009, where she finished third place. Since then, she has established a successful solo career making electropop music. Her single “Say My Name” was featured on Rolling Stone’s 100 Best Songs of the 2010s. She also featured as guest vocals of “Faded” for DJ Alan Walker’s live performances, with their performance together in Bergen currently garnering over 214 million views. The pop singer released her latest single last June titled “Mood Swings.”

”I’m beyond excited for this collaboration to be out! When I heard this song I immediately fell in love with it.” Styrke continued, “And to be on the same track as Travis Barker is so cool, he’s such an icon.”

The visual for the single stars fitness model and social media sensation Sommer Ray starring as herself while Trevor, KEVI and Matt of Cheat Codes assume the roles of a cleaning crew sent to look after a lavish mansion. As the cleaning session progresses, they invite a few friends over, things get out of hand, and an epic party ensues. Iconic drummer Travis Barker joins the crew and pushes the energy levels through the roof, performing alongside Trevor on guitar, Matt on bass, and KEVI and Sommer on vocals, singing to their crowd of friends as cash flies through the air. 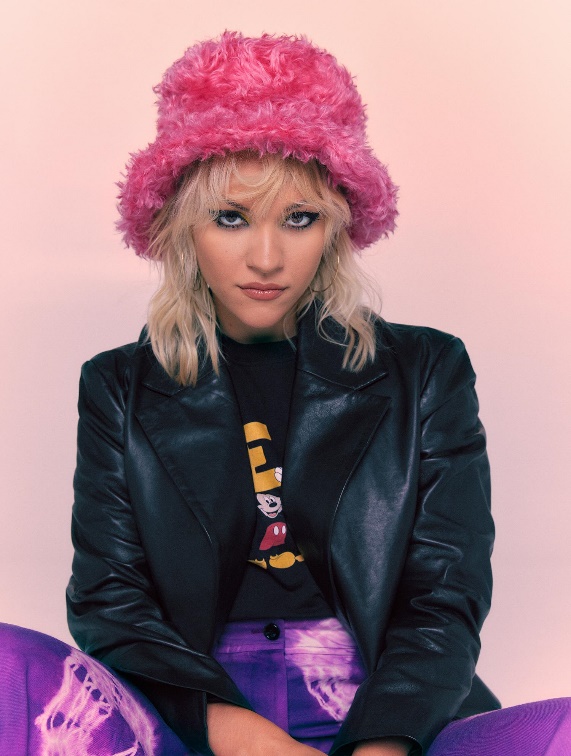 Cheat Codes released the first part of their debut album Hellraisers, Pt. 1 in May. The highly anticipated release featured tracks such as the lead single “Lean On Me (feat. Tinashe),” “Stay (feat. Bryce Vine),” “Do It All Over (feat. Marc E. Bassy),” and “Hate You + Love You (feat. AJ Mitchell).” The name of the album, “Hellraisers,” was the nickname given to the group by their late manager, Michael Theanne, who passed away over a year ago, describing their playful and adventurous lifestyle. The album itself has three parts – each part has a distinct sound influenced by each member. This first part is focused on Trevor’s pop-leaning sound, while the second part will be focused on KEVI’s hip-hop flavor, and the third part will be focused on Matthew’s dance-influenced sound. The album was followed by the official music video for “Lean On Me,” the Hellraisers, Pt 1 Remixes album featuring electronic dance music artists Morgan Page, Michael Calfan, and more, and the country-influenced “Never Love You Again” with Little Big Town and Bryn Christopher. 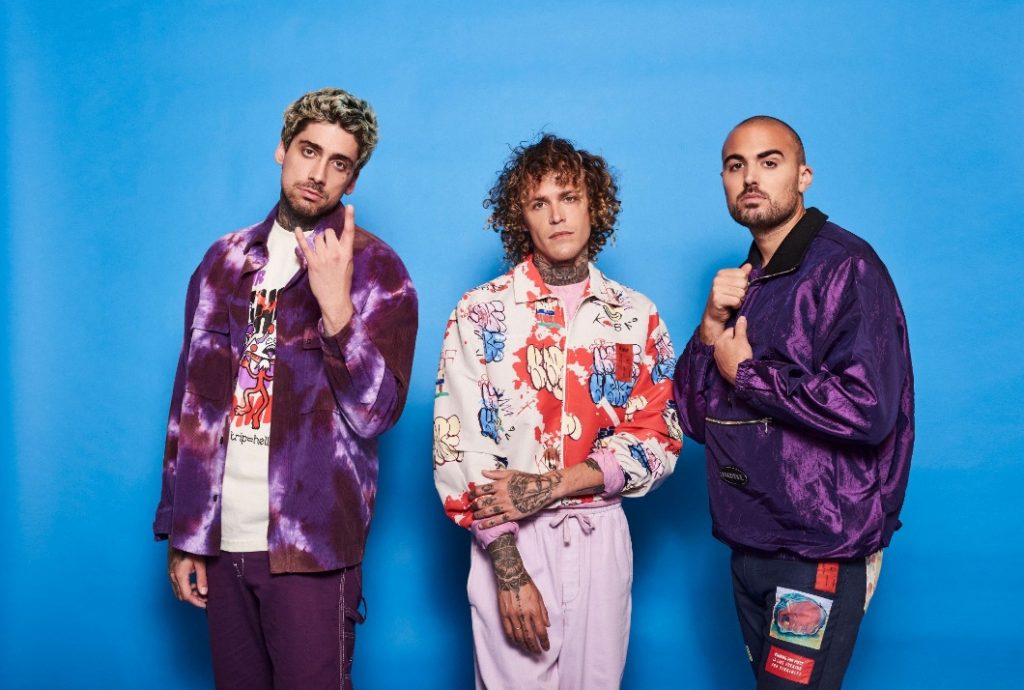