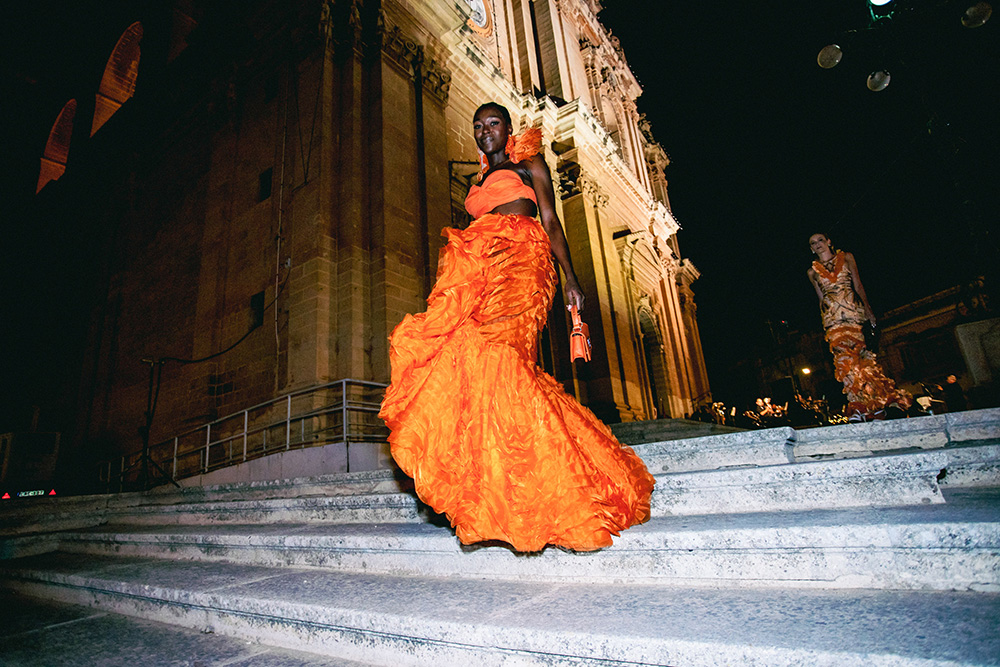 For the Charles & Ron Spring/Summer 2022 collection the inspiration started from the handmade fishing trap called “Nassa”. The fascinating combination of netting and basketry that goes into to the making of the “Nassa” inspired a collection featuring Maltese and Mediterranean traditions that are unfortunately slowly disappearing. 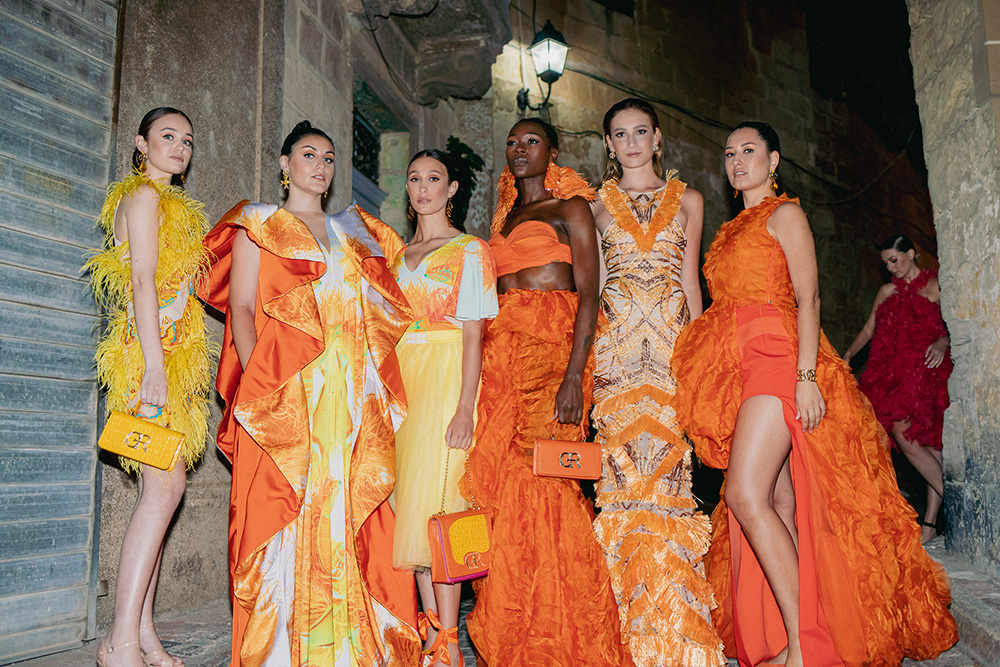 Different shapes of the “Nassa” are used to catch different fish types , but the specific “Nassa tal-Arznell”  is only used in Gozo. The traps were traditionally made from “Disa” a fine reed like material, by not using plastic and not damaging the sea bed the way of fishing is considered much more sustainable than more current fishing techniques. 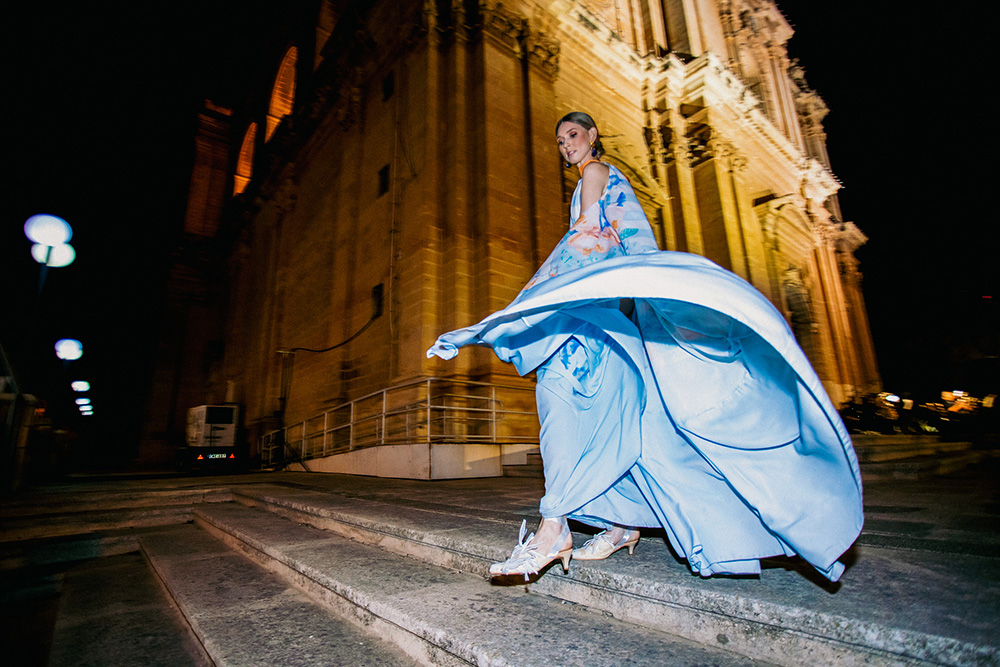 The nautical theme of the collection is further explored with images of the colourful “Lhudi” and “Gharusa” fish that can often be spotted in Maltese waters. Nautical stripes that are reminiscent of Maltese summers and beach umbrellas and graphic interpretations and manipulations of the unique “Nassa” hand-woven patterns. 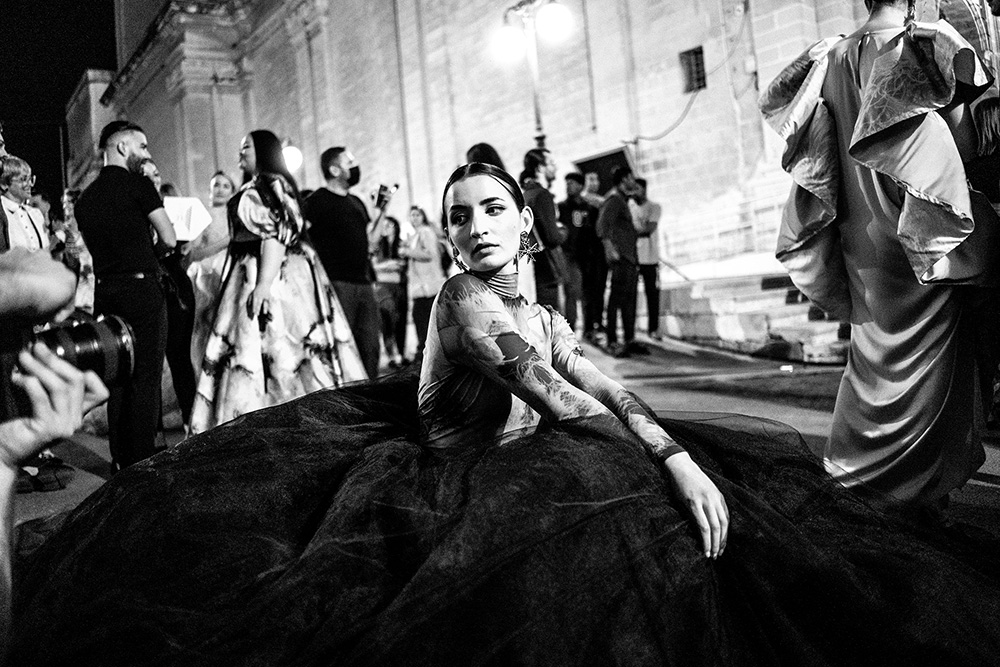 This season the designers also introduce a new version of the iconic CR logo. The new intertwined C&R logo is inspired by the traditional art form of ‘Tberfil”  which is a painted lettering style seen on Maltese buses and trucks.

Drivers used to paint their initials on the side of their vehicles and the new logo is an homage to this dying art . 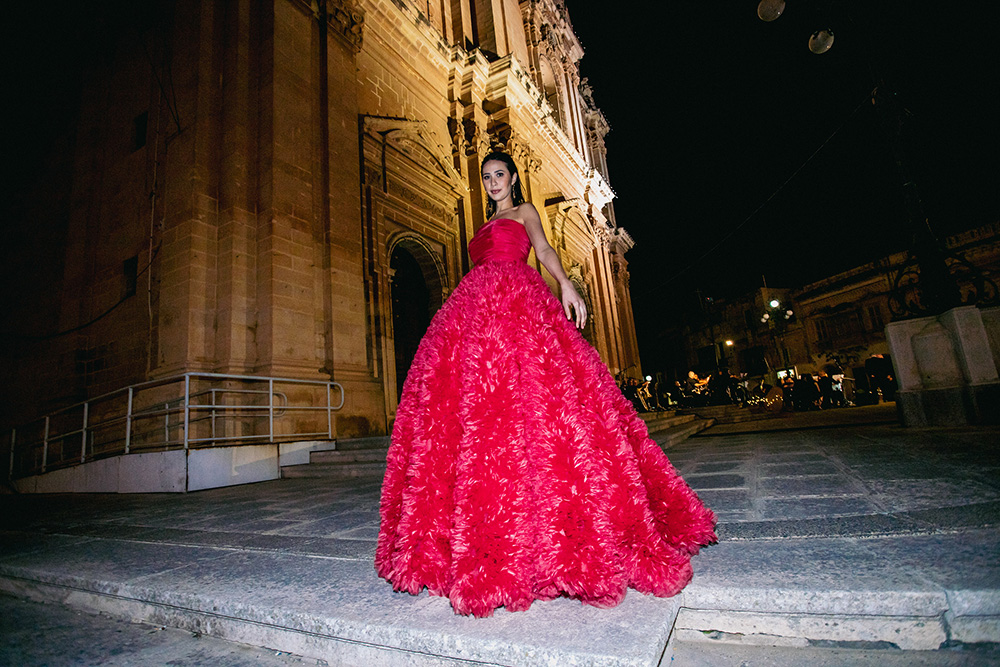 The collection is paired with a selection of bag designs which are hand-made in Malta in Italian leather. The new styles feature the Laser-Cut “Nassa” weave patterns, laser engraving , nautical stripe patterns in new Croc effect leather colours and new hardware featuring the  C&R “Tberfil” logo and an updated decorated version of the classic C&R hardware logo. 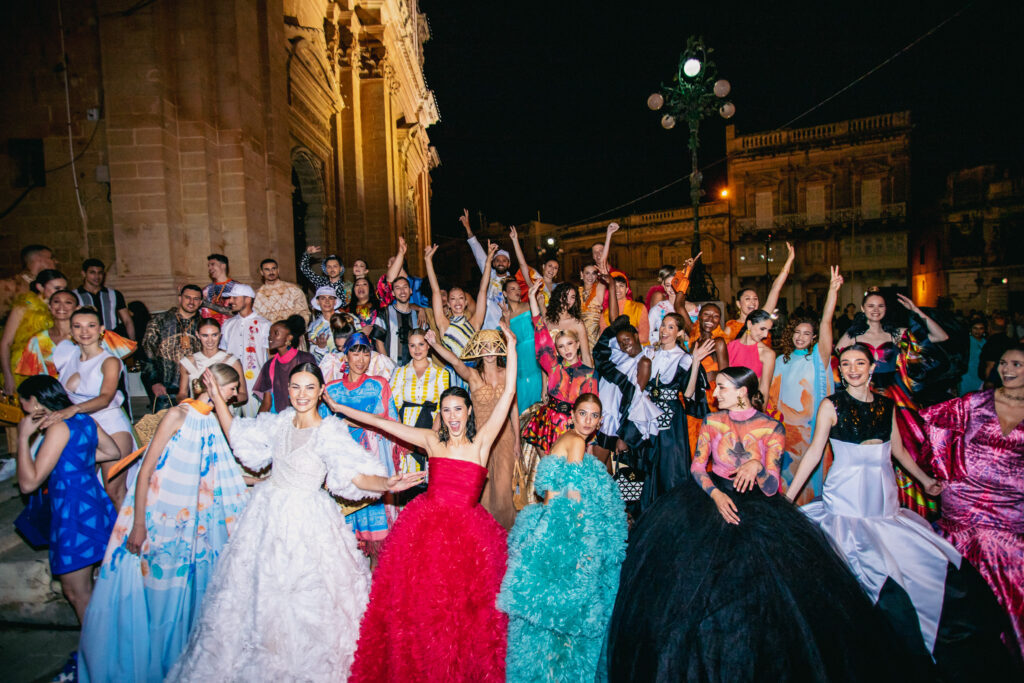 The looks are styled with the new Charles & Ron straw hat collection featuring  an open woven hat based on the “Nassa” weaving style and several other styles for both men on women. The “Palju” ( a fan made of woven Reed on a stick , traditionally used by men ) also makes a come back in a CR branded version to keep you cool on those hot Mediterranean summer days and also to keep the beautiful Maltese traditions alive! 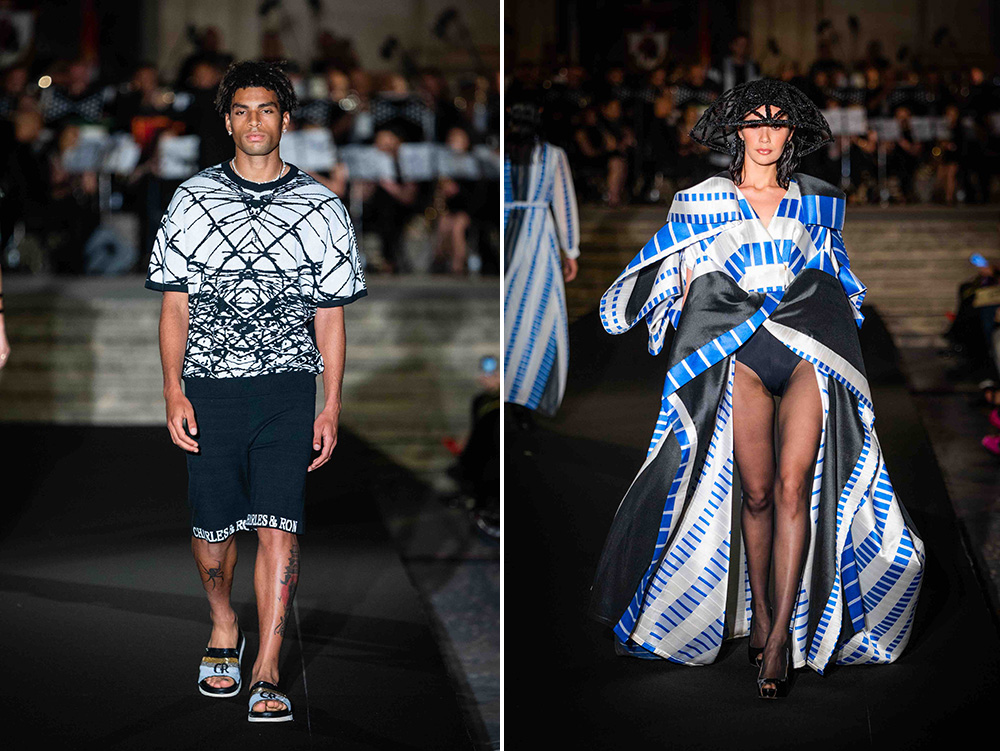 The show which took place in Charles’ hometown Birkirkara started with an opening dance number by Paul Curmi Dance Company under the direction of Eldridge Saliba Curmi .  The dance number with dancers dressed in traditional Maltese costume was the perfect opening to the collection inspired by Maltes culture . The Dancers were accompanied by  live music from the orchestra consisting of 3 Birkirkara Band clubs. 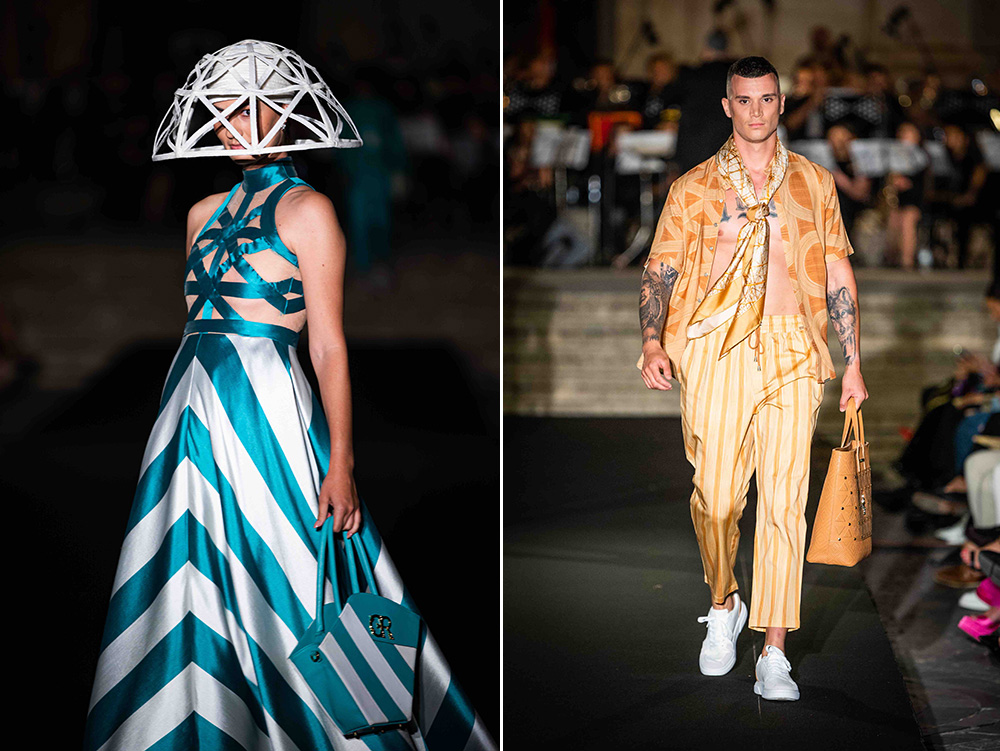 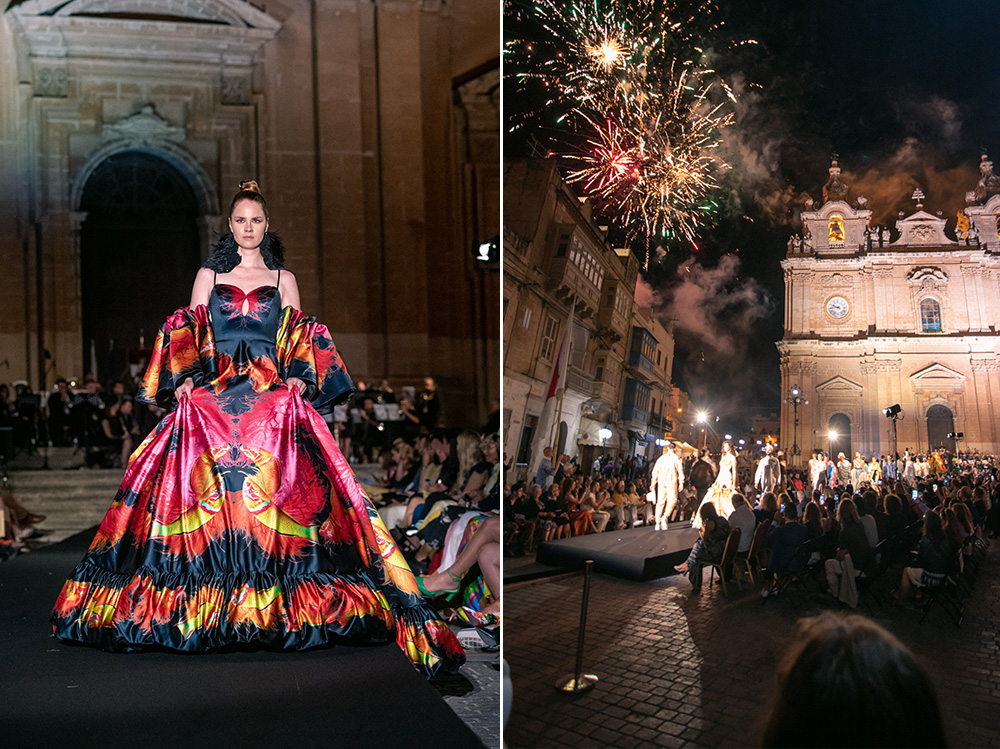 The 72 look show was closed off with a fireworks show by Ghaqda Tan-Nar Santa Liena 18 ta Awissu.