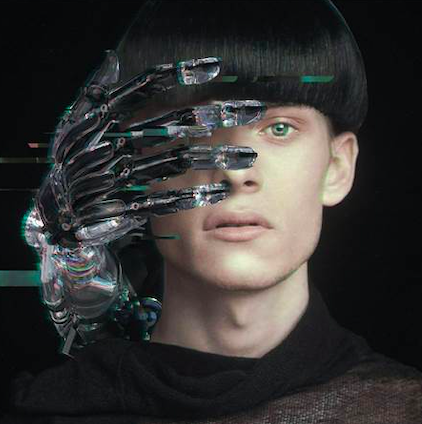 For those who may not know, artist, model, actor, and musician Harry Hains, passed away earlier this year (January 7). He was known for his roles in American Horror Story as well as the The OA (with more of his roles being available via IMDB).

In addition to being an outstanding visual storyteller, Hains possessed a unique musical voice—one that enabled him to express a world in which he saw fit; free of inequality, prejudice, or toxicity. In anticipation for his upcoming posthumous album, A Glitch In Paradise, Hains’ family (and team) have released the first single from the concept album titled, ‘Good Enough’.

Harry Hains didn’t define himself by the constructs surrounding us, and through his upcoming album, A Glitch In Paradise – an amalgamation of rock, electronica, and gothic pop, Hains (as the robotic character ANTIBOY), imagines a world in which human and machine co-exist and eventually conjoin. His concept of ANTIBOY offers a portal into an age of existence where there is complete unparalleled freedom to live without preconceptions and societal labels. At a time when society is rising up to break down old systems and demanding equality for all, Harry’s extraordinary perspective, found at the intersection of our conversations on sexuality, gender, race and self-expression, endures because of its cultural relevance.

And this is more than just imagining for the late artist – he lived it through his own identity, which was gender fluid, shapeshifting and open to interpretation just like his music. The focus on artificial intelligence, of non-binary existence, negates gender and labels. He never used gender pronouns and would deliver his vocal performance in a way that almost mimicked robotic voices, maintaining a neutrality. ANTIBOY, who has not been assigned a gender, opens up a conversation about what the future of our species should and could be.