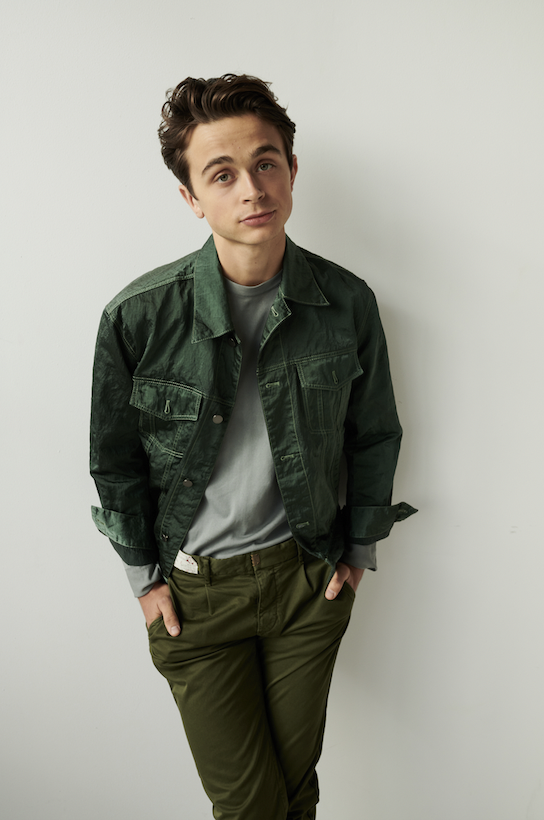 Jumping at the opportunity to work with Julian Fellowes, actor Ben Ahlers shared with us his time on The Gilded Age as well as who he is both as an actor and individual. Channeling the energy of those around him, Ben uses this to fuel his creative flow and acting. Working on this show was a dream come true and it allowed him to learn more about an era form long ago. Excited for what is to come next, Ben Ahlers brings joy and positivity into 2022!

Why were you originally drawn to “The Gilded Age?” Did you specifically audition for the role you play?

I think any actor would jump at the opportunity to work with someone as brilliant as Julian Fellowes.  I had an added interest in it because of being such an avid student of history growing up.  My mom and dad instilled that in me from an early age, often times watching History Channel instead of cartoons.  That has made such a profound impact on the way that I view my life and my place in the world.  From the first read, Julian’s writing shined with a richness and clarity that really excited me.  He draws vivid characters in marvelous, sweeping worlds, and I wanted a crack at it.

Explain to us how your audition went. How did you know deep down you would be getting the role?

Ha!  My first pass at it did not go nearly as well as I’d hoped.  I was jet-lagged and very nervous.  The period nature of the show was scary for me, too.  I was stilted and unconfident in my choices.  But I think they saw potential in me.  We went back and forth with some notes and adjustments.  Any chance to actually collaborate on an audition with the creatives gives you a much clearer sense of each other.  After those conversations with the team, I knew that we were seeing things eye to eye on who my character is and how aligned we were on the vision moving forward.  That’s only continued today. 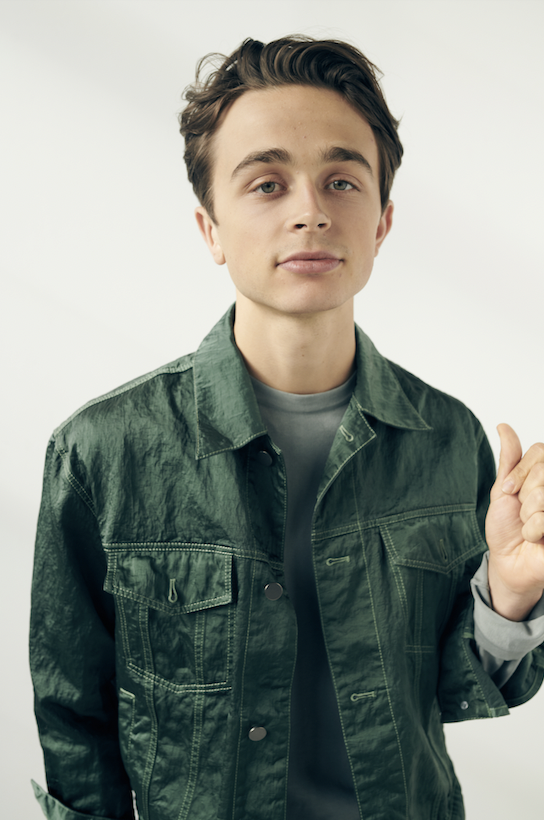 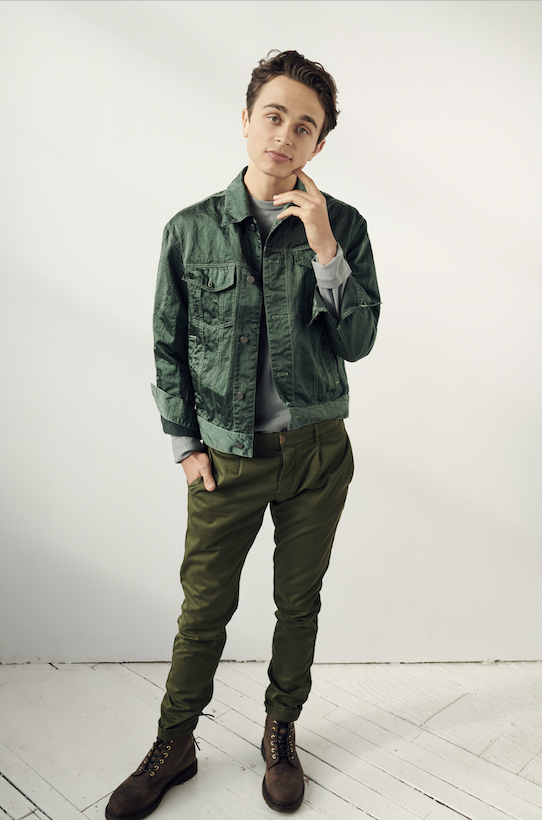 Tell us more about your character. In what ways do you relate? Differ?

Jack has an ease to him that I was drawn to from the beginning.  Whether it’s the housework or in relationship with his coworkers, he carries himself with a levity and playfulness.  Life was tough then, and the more the audience gets to understand his life prior to all of this, they’ll understand why he values what he does.  He brought out a desire in me to spark light in as many spaces as I can.  The world feels so heavy for so many at the moment, and investing in the well-being of the people around you is vital to us moving forward together.  Jack cares and he’s so kind. The more I discover about him, the more I admire and hope to be like him.

On set, what were some routines you found yourself getting into?

Every actor has their own way of keeping focused and managing their energy as the days grow long.  I’ve found that I am much better at feeding off the energy of the people around me than trying to self-generate it.  So most of the time on set, you can find me talking to somebody in the cast and crew, joking around, exchanging stories.  You’re spoiled with awesome people in this industry, and I try to get to know as many as I can.  Either that or taking a nap…it’s just harder to do in these costumes.

What is it like playing in a show that takes place at this period of time? How did you prep?

I’ve found that the further the character is away from you (without being unreachable), the more fun and engaging it is to play the part.  This usually makes the work better, too.  The added layer of this era required a lot of study.  The show’s historians provided vital insight and resources for us to own our place in this entirely different world.  The attention to detail in every aspect of the creation of this show was absolutely exquisite.

Anything from that time you wish still existed today? And vice versa?

I’m so inspired by the range of diverse, authentic expression of people today.  People back then were so contained by the societal expectations.  I’d never want to trade the freedom we have now to be ourselves.  However, I think there was a standard of respect and deliberate intention with which people treated the people around them that I find commendable. With all the craziness around social media and the cultural division, I think it’s very important to be conscious about the way you interact with the people and world around you, and we could take a bit more of that today.

What does acting mean to you?

Acting has offered me a gateway to connect with life in a deeper way than I had before it.  You learn to see the beauty and singularity in complete strangers and can offer that mirror to others through your work.  Art can reflect and forgive the parts of ourselves that often make us feel ashamed or alone.  It makes me very honored to be a part of a group of people hoping to alleviate that burden, even if just for a moment.  Acting is also just so fun.  It’s so freeing.  I hope we can all allow ourselves to imagine and play a little more often. 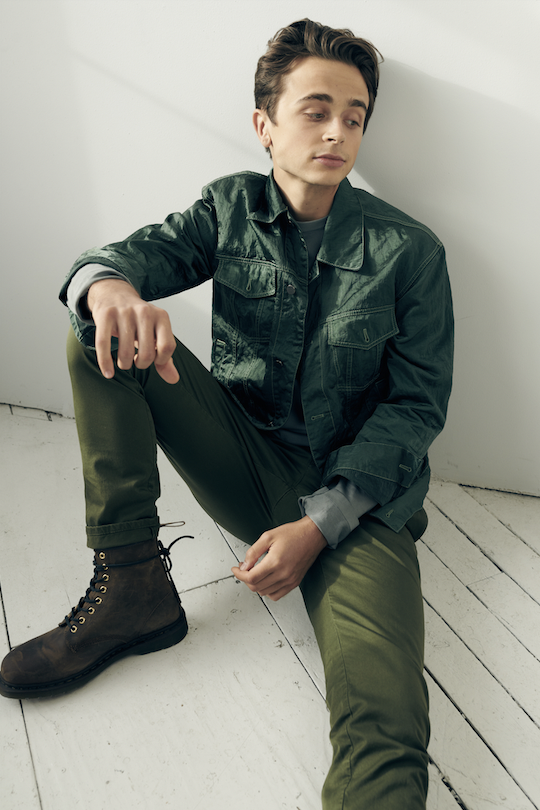 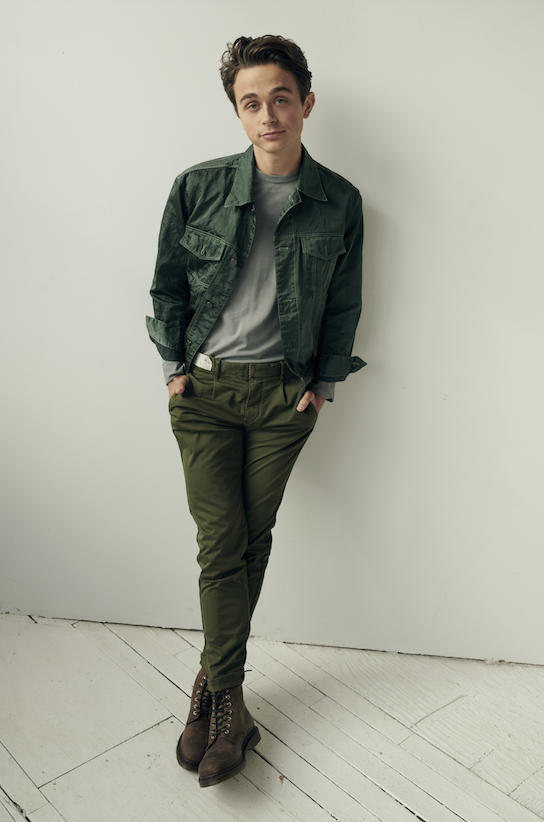 Share with us a little more about who you are when you aren’t working.

I like to think that I’m a curious person.  I’m always trying to learn new things and find new types of experiences with my friends.  Most of my days are spent focusing on trying to stay aligned with myself and engaged with the outside world to open myself up to whatever the universe has in store for me.  I’m still pretty young, so I’m trying to see, do, and create as much as I can.

Growing up, what was your role in your family?

I was just go, go go.  And an unbearable talker.  I would question everything, argue about everything.  There was no rest.  I’m so sorry Mom & Dad. But my family always allowed for it and supported me in anything I wanted to do. Being the oldest of five, I’ve worked lately to give my siblings that space to find themselves.  My family is back in Iowa, and it’s hard being away as often as I am.  But I’m working on repaying the debt of the unwavering love and belief that gave me my life today.

I’m so stoked for this coming year.  There have been new blessings, new friends, new opportunities that I’m excited to run with.  I’ve been writing a lot, growing into another aspect of my career as a creator.  There are some exciting things I hope to be able to share soon. I want to keep exploring myself and the world around me.  We’re in a time of great change, similar to the world depicted in The Gilded Age.  Like Jack, I’m trying to take it all in, make sense of it, and then do something with the hand I’ve been given.  I hope that for all of us.