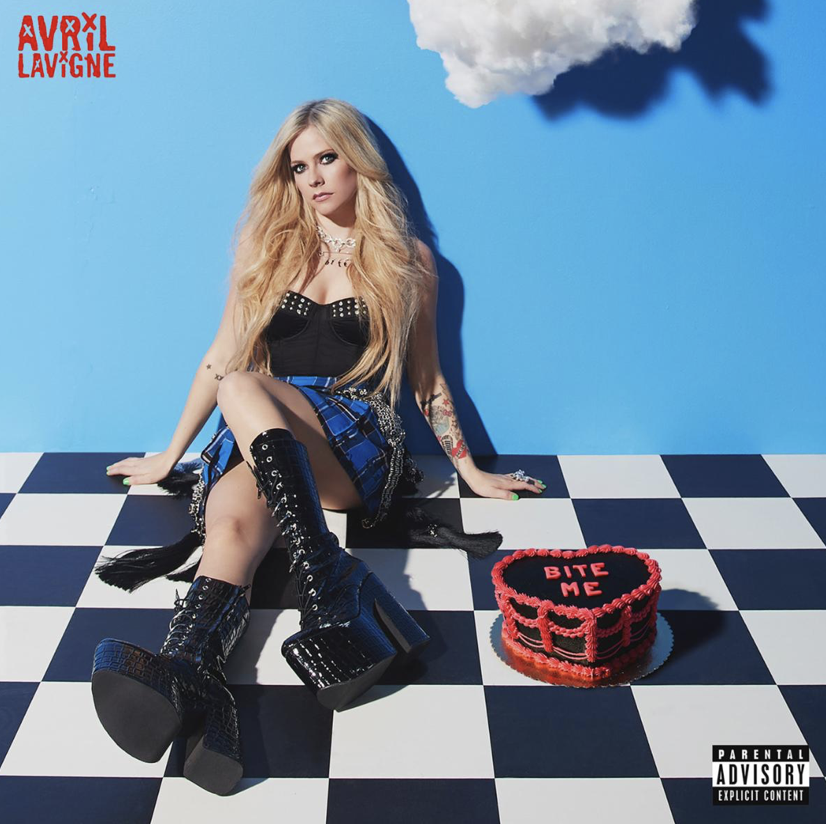 PERFORMED FIRST EVER, TELEVISED PERFORMANCE OF “BITE ME” ON

Multiplatinum star Avril Lavigne has shared the official video for her new single“Bite Me,” directed by Hannah Lux Davis, now streaming on her official YouTube channel. Her first new music since 2019 and label debut for Travis Barker’s DTA Records, the exhilarating track available everywhere now – arrived earlier this week to a raft of praise from the likes of Rolling Stone, Billboard, USA Today, People, and Vulture who called the song “…a full-fledged, pop-punk banger.”  To celebrate the arrival of “Bite Me,” the eight-time – GRAMMY® Award-nominated multiplatinum singer, songwriter, designer, and philanthropist treated fans to the song’s first late-night television performance on CBS’s The Late Late Show With James Corden Wednesday night – watch HERE. Founded by Barker, DTA Records operates as a worldwide venture with Elektra Music Group.

Baring her teeth like never before, the high energy and anthemic “Bite Me” was co-produced by Barker, John Feldmann, and Mod Sun. Last week, Avril shared a post on TikTok that teased her signing to DTA Records with a clip of her and Travis performing a snippet of “Bite Me” that has amassed 11.2 million views and 1.6 million “likes” in just a few days. Avril had broken the internet earlier this year with her first foray onto the platform: her viral “Sk8er Boi” post co-starring none other than skateboarding legend Tony Hawk. The clip impressively reached 34 million views and reached 34 million views and generated 6.7 million “likes.” Avril is set to launch a world tour in 2022 with dates to be revealed imminently. Stay tuned for much more from Avril Lavigne soon.