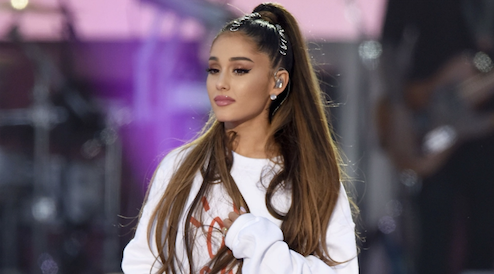 According to a report from E! News, Grande’s parents Edward Butera and Joan Grande divorced back in 2003. In 2014, the ‘thank u, next’ singer revealed the fallout that ensued in an interview with Seventeen. “It’s private, but it happened last year. It took me so long to be okay with it…I had to accept that it’s okay not to get along with somebody and still love them.”

But in November 2019, it appeared as though the two might have begun to repair their relationship. Grande posted to her Instagram stories, “First Thanksgiving with both of my parents in 18 years!”

The family was all grins on the red carpet as they posed for several shots together. Ariana’s father even shared a sweet kiss on the singer’s cheek.

The pop star was nominated for five Grammys that evening and performed a handful of her famous tunes live at the awards show. Talk about proud parents!