Ai-Chan Carrier As She Continues To Blossom On Camera 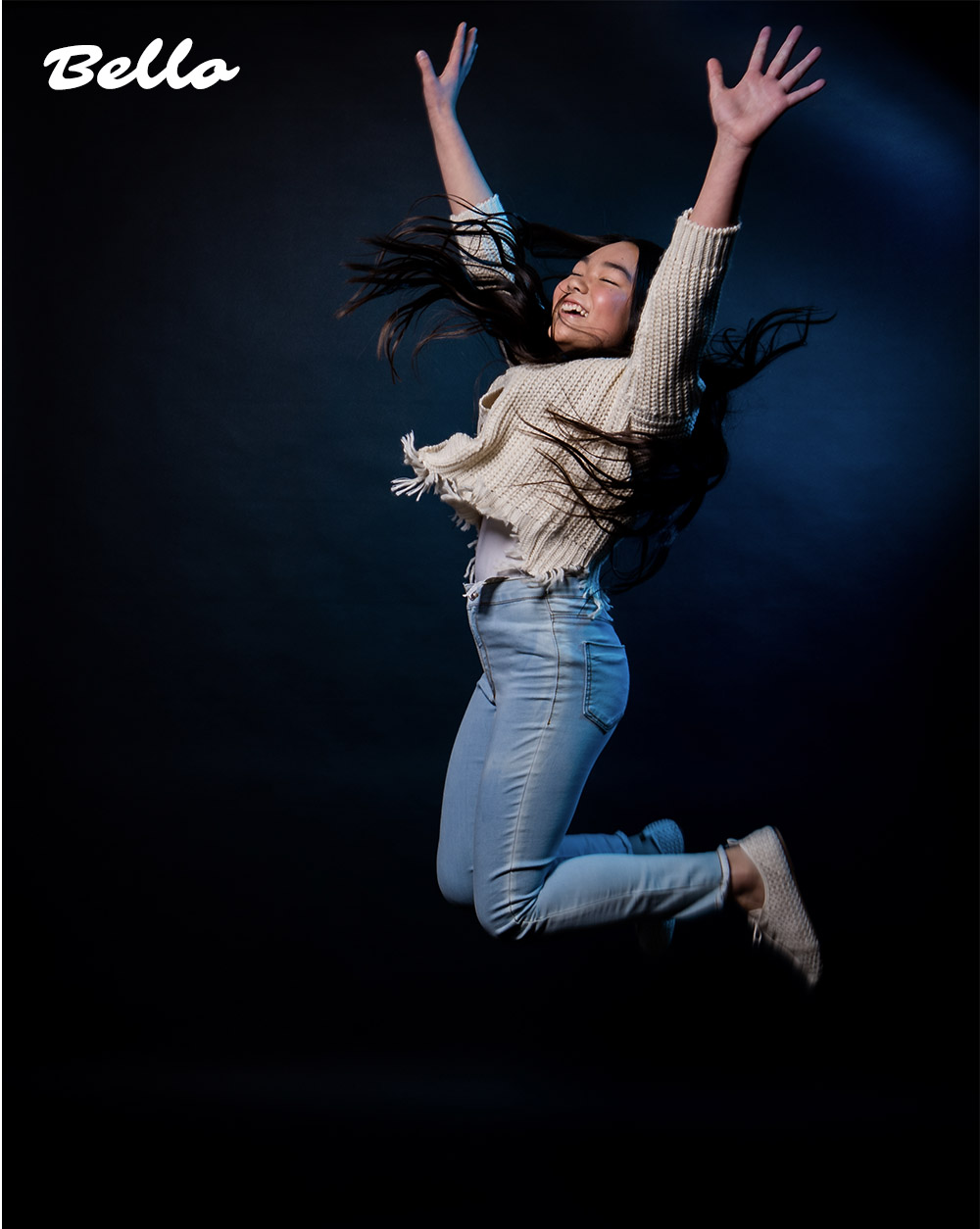 Ai-Chan Carrier is a young girl who has gone from riding horses to responding to “ACTION!” Making her Disney feature film debut in “Timmy Failure: Mistakes Were Made,” Carrier plays one of the female leads and main antagonist to the films central character. Alongside Chloe Coleman, Winslow Fegley who plays ‘Timmy’ and industry veteran Wallace Shawn (THE PRINCESS BRIDE, CLUELESS) Ai-Chan shared with us what it was like being onset and how she has made her way to an acting career. Don’t let her age fool you as this talented actress is just kick starting her career! Keep an eye out for Ai-Chan Carrier who will fill your day with love, smiles, and laughter.

We know you are set to star in Timmy Failure: Mistakes Were Made. Tell us about your role, the movie, and what viewers can expect.

Timmy Failure is series of books written by author Stephan Pastis who is such a down to Earth and nice person. There are 7 books in the series and this movie is about book #1. The story follows Timmy, a sort of loner kid with a great imagination who believes he is a great detective. I play his antagonist, Corrina Corrina. Timmy believes Corrina is a Russian operative trying to take over the world and ruin his detective agency. I think people are going to be a bit surprised by this movie since it’s not a typical Disney “kids movie.” Director Tom McCarthy and the cast and crew made something special. You discover that the story is really about being different and how being different is OK. Everyone is different and has something special to give the world. That’s what I really love about this story.

Tell us about how you were cast as Corrina Corrina.

Actually, it’s pretty simple. They did a big national search and I had one audition. I didn’t hear anything for a few weeks and eventually the good news came. I was in shock for a while, but soon after the good news they changed my role! I originally auditioned for Molly Moskins, played by the amazingly talented Chloe Coleman, but they then cast me in the role of Corrina Corrina. I couldn’t be more grateful for the opportunity. Now, a funny thing is that when I finally met director Tom McCarthy at the studio, he said, “One of the things I liked about you was…your hair.” I thought, “Wow, that’s cool.” So, you never know.

What was your favorite memory from filming Timmy Failure?

I have so many! The whole experience was fantastic. Learning from Tom McCarthy, who had just won the Best Picture Oscar for Spotlight…working with Jim Whitaker who has produced so many great movies like Pete’s Dragon…hanging out with Wallace Shawn who is like an icon from movies like the Princess Bride – inconceivable!  But, one of my favorite memories is probably drawing pictures with the author Stephan Pastis. He would draw comic strips for Pearls Before Swine every day on set – he creates them like 2 or 3 months in advance just in case he gets sick. I would try to draw characters from the Timmy Failure books. So, we would trade drawings. He gave me a drawing of Corrina that said, “You draw me well.” I’ve kept them all. 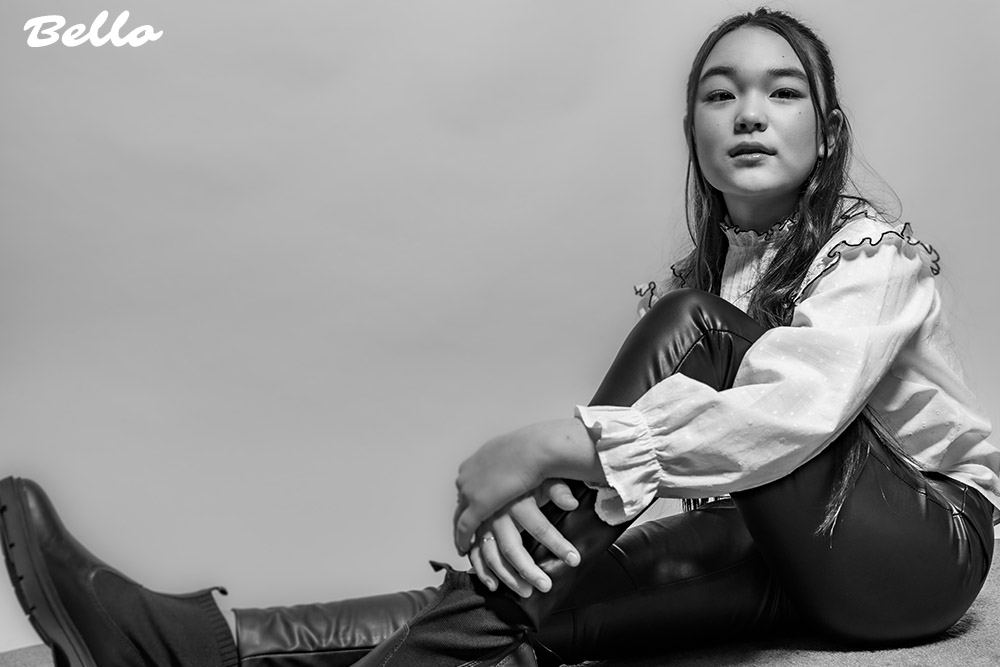 Who was your favorite cast-mate on Timmy Failure?

All of us kids got along so well. I love Winslow (Timmy), Chloe (Molly Moskins), and Kei (Rollo) – and Santiago (Gunnar) and Ruby (Maxine), too. We literally hung out with each other every day after shooting. We would swim, shop, hike, go out to eat, or just play games. Such great people and all so talented. After everyone else was done shooting in Vancouver, we stayed with Winslow and his dad Mike and had great times exploring. One of our best days was riding bikes through Stanley Park along the water. Coincidentally, Chloe lives just down the street from us. She is one of the nicest and sweetest people I know. We love her whole family.

Share with us one of the funniest moments you have had on set.

Well, it didn’t happen to me, but I saw it on live camera. In the scene where Winslow is looking for Corrina in the dam, he opens all of these doors in a long hallway. On one take, Tom hid behind one of them. When Winslow opened the door, Tom yelled, “Boo!” Winslow fell to the floor and nearly passed out. Everyone died with laughter. I sure hope they include that in the blooper real.

What is your favorite thing about being an actress?

I get to be other people in other places and times, expressing their feelings and thoughts, but using my own life and experiences to do so. I guess that’s what acting is all about – it frees you and allows you to explore yourself and the world. But, in sort of a strange way, it actually becomes part of you.

Who would you like to work alongside the most?

Anne Hathaway. She is so talented and can play pretty much any part. Drama, comedy, anything. She can sing and dance as well. Also, she helps with many causes like empowering young girls. I’m keeping my fingers crossed that one day I’ll have the opportunity.

And Steven Spielberg. He creates these worlds we haven’t seen before. I love ET and the BFG. His imagination is so big and wide.  They feel so real.  I think he gives actors the chance to be something totally new and different. I would love to be a part of his world some day. 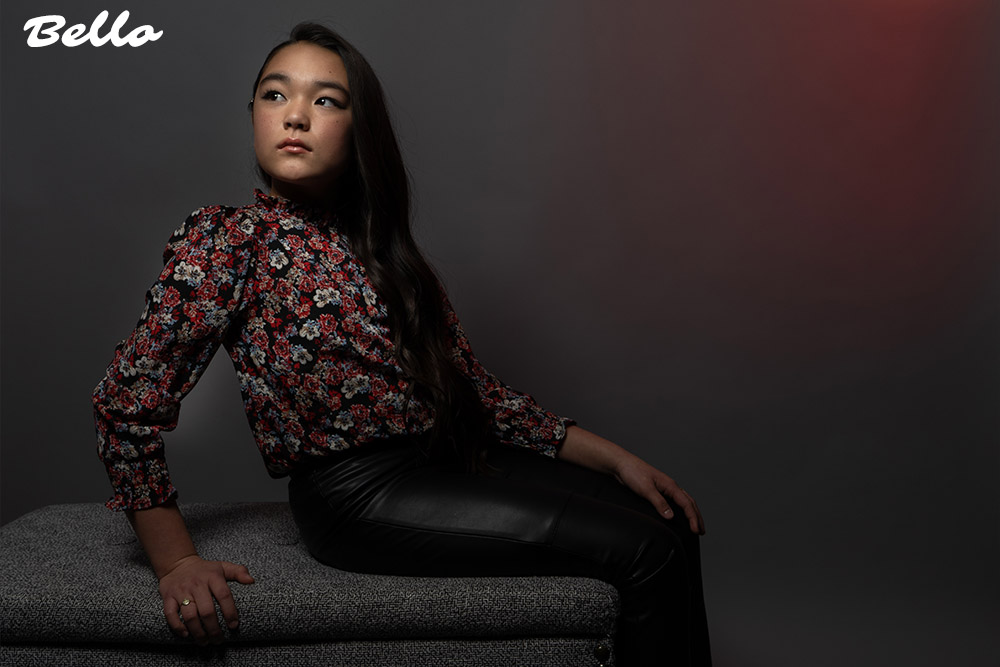 What is your dream role?

Well, there are some books I would love to be turned into movies, whether I act in them, or someday maybe produce or direct. One of those books is the The War That Saved My Life by Kimberly Brubaker Bradley. It’s the story of a girl with a clubbed foot who experiences the horrors of World War II and a crazy childhood. She rides a pony every day which gives her freedom and confidence. She finally overcomes her fears and learns to trust other people and to live her life to the fullest. This is a book that needs to be a movie! I would love to be part of it.

You’ve acted in the theatre and on camera. Which one do you prefer?

I like them both equally. I started on stage when I was 7. Honestly, I never expected to be an actress. It just sort of happened when my singing teacher Hisato recommended I audition for The King and I. I did musicals after that and then got into commercials and TV. It’s very exciting to stand up on a stage in front of so many people with no one to help you. I love to feel the energy coming back from the audience. But, it’s also amazing to work in film and TV. There’s so much that goes into a production. You’re on a set with a large cast and crew as a team, like a factory with all of these moving parts. Every person plays such a big role in front of and behind the camera and it somehow produces the incredible magic we see on the screen. It’s truly magic!

Outside of acting, what do you enjoy doing in your free time?

First of all, and second and third of all, I love horses. I’m a bit “horse crazy.” My dad used to take me every weekend to Griffith Park to ride trails up the hill. When we shot Timmy Failure, I took my first English riding lesson up in Portland. I fell in love with it. Then, the director’s assistant Claire introduced me to her childhood ranch in Thousand Oaks. I started riding there and, as they say, the rest is history. I am now riding and competing with the team and have many great friends who also love horses. My dream is to own a ranch and horses someday and do horse therapy for other kids.

If you were stranded on a deserted island, what are three things you would want with you? 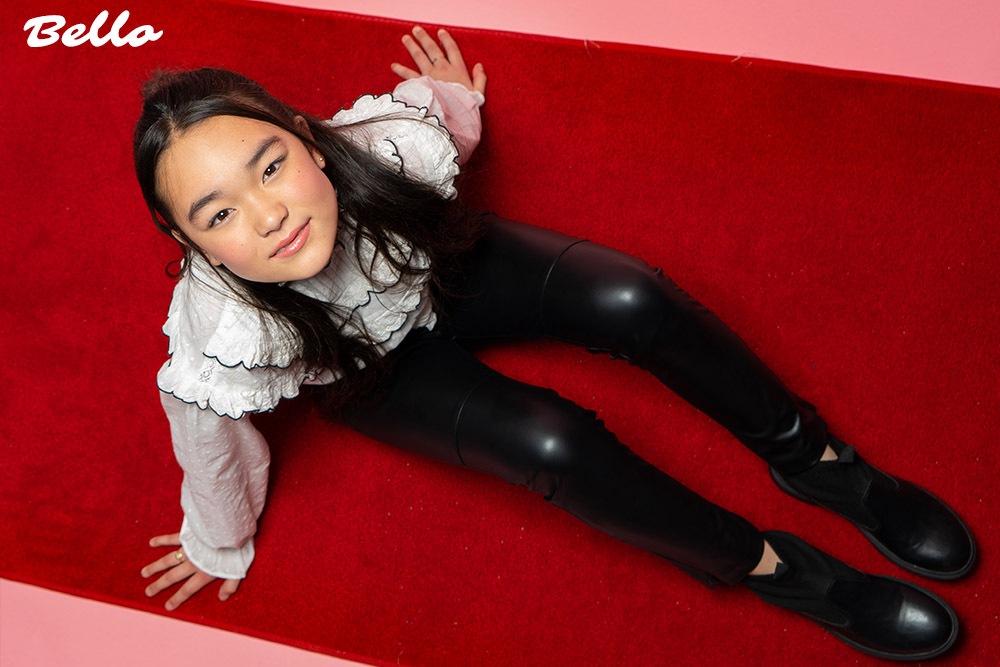