A Big Year For Billie Eilish 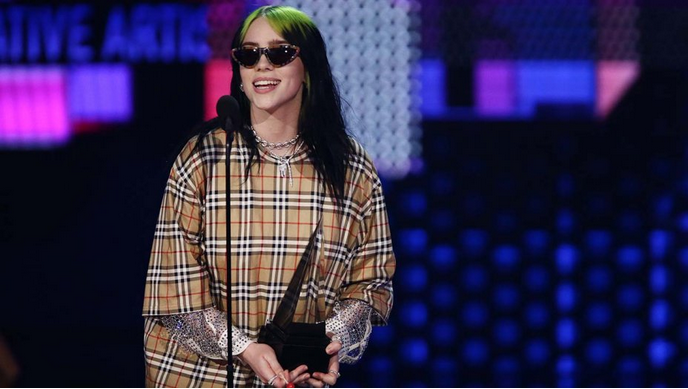 As we near the end of 2019, we remember the breakout star of the year, Billie Eilish. She is ending the year with a bang, after already earning herself most-played album of the year and Apple Music’s Artist of the Year. She headlined the first ever Apple Music Awards at the Steve Jobs Theater in Cupertino, CA on Wednesday. The 17 year-old sensation played an acoustic set with her songwriting partner and brother, Finneas, surrounded by an enchanted, spooky forest.

In other Apple news, Billie is nearing a deal with Apple TV+ to buy her documentary for $25 million. The film has already been shot by R.J. Cutler in the year leading up to the release of her debut album, When We All Fall Asleep, Where Do We Go? The film will go behind the scenes of Billie’s most intimate moments with her family and friends, performances, and life before the album.

She ended the week on the release of her new music video for “Xanny” which she also happened to direct herself. In theme with the rest of her music videos, aka black tears pouring out of her eyes or being a reptile, this video also has some discomforting aspects. To fans’ surprise, Billie is sporting a white turtleneck outfit and plain brown hair, in a very white room. She seems to be in a “xanned-out” state, although the message of her song is very anti-Xanax. The video continues on to even be an anti-smoking advocate, as Billie is burnt in the face by cigarettes. With all of this in the books, 2020 will definitely be an even bigger year for Billie Eilish.