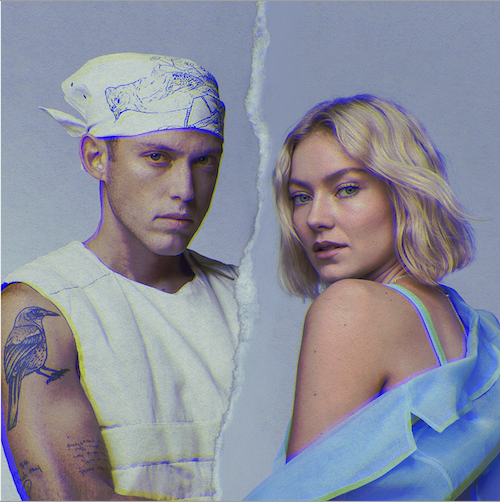 From New Album Hey, I’m Here For You Out Now

Harry Hudson has released the music video for “Closing Doors” ft. Norwegian pop artist Astrid S, making its broadcast premiere on MTV Live and mtvU. From Harry’s sophomore album Hey I’m Here For You (out now via MSFTS/Roc Nation), “Closing Doors” – which has already garnered over 2 million Spotify streams – swirls with atmospheric instrumentation and shimmering pianos as Harry and Astrid S’ soulful vocals intertwine while the video showcases the two reflecting on past love and personal growth as they sing about closing one door to work on yourself in order to start a new beginning. PRESS HERE to listen/stream and PRESS HERE to watch the video for “Closing Doors” ft. Astrid S and directed by DirectedxMODELS.

A powerful display of Harry’s artistry, showcasing his vocal technique, musicality and vision, Hey, I’m Here For You is now available at all digital retailers and features collaborations with Jaden Smith and Astrid S, as well as producers Mike Dean (Kanye West, Travis Scott, Madonna), Jess Jackson (Kanye West, Pop Smoke), Blake Slatkin (24kGoldn, Benny Blanco), and more.  PRESS HERE to listen/stream. The album includes “Closing Doors” alongside previously released singles “I Feel Amazing,” which captures Harry as his best self, enjoying the moment over drums that bounce and a guitar loop that will be stuck in your head for weeks, and “Cut Me Down” where Harry admits it’s time to face what he’s been through and feel the emotions that come with healing. Other standout tracks includes “Just Slide” ft. Jaden, “Give Up On Us,” and “Let Me” which have all been quickly adding to Harry’s more than 68 million global streams.

Hey, I’m Here For You is a phrase Harry uses often as a reminder to love and accept the man in the mirror so that he can be there for himself and in turn be there for others during their struggles. A period of personal growth and investing in self-love followed his recovery from cancer and the sudden death of his father in 2018 and solidified Harry’s belief in living life to its fullest potential, being grateful for every moment, and approaching each day with courage, hope, and love.

A steadfast believer in using his voice to help others, Harry is preparing to establish his own charity aptly named Hey, I’m Here For You, and is also an ambassador for Teen Cancer America, where he is leading the charge on opening a center early this year for teens undergoing cancer treatment at Vanderbilt University Medical Center in Nashville. Harry spearheaded fundraising for the facility with help from his friend Kylie Jenner, which will be complete with 24-hour access to video games, iPads, a meditation room, and a portable recording studio – all meant to be a fun and creative sanctuary for teens who are isolated while undergoing treatment.

Since the release of Harry’s 2018 debut album Yesterday’s Tomorrow Night, he has performed to audiences all around the world, selling out his 19-city Can Cowboys Cry North American Tour as well as his debut EU/UK headline tour in London, Paris, Berlin and Amsterdam. He has supported Jaden Smith on international dates, was a guest performer on Post Malone’s Australian/New Zealand headline tour, and played VH1 Supersonic in Pune, India. In addition to touring with KYGO, Alec Benjamin, Blackbear, and LANY, Harry has performed at festivals including Lollapalooza, Bottlerock Napa Valley, Life Is Beautiful, SXSW, Fireﬂy Music Festival, Getaways, Grandoozy Music Festival, and more.  He was also named Pandora’s Artist to Watch, Taco Bell’s Feed The Beat Artist, and Live Nation’s Ones To Watch.

A creative soul and global citizen, Harry Hudson is 27-year old pop star with a distinct maturity, unwavering self-assurance and a refined worldliness most never achieve until far later in life. He’s channeled that roller coaster of an emotional experience into supremely visceral and boundary-shattering alternative/pop music and says he views the world around him with open eyes like never before. Harry is a multi-faceted visionary, who is fast becoming one of the music industry’s most intriguing voices. In 2018, he released his single “Yellow Lights,” which has been streamed more than 25 million times on Spotify and reached the Top 10 on the platform’s U.S. Viral Chart, off his critically acclaimed debut album, Yesterday’s Tomorrow Night. The project is a highly personal, soul-infected batch of pop music released via a joint partnership between Roc Nation and his close friends, Jaden and Willow Smith’s MSFTS Music.