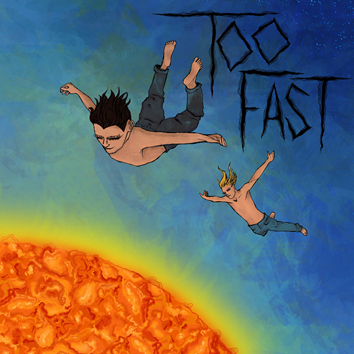 LISTEN/WATCH HERE!
TO BE FEATURED ON MAD WORLD EP COMING THIS FALL 2020 VIA VISIONARY RECORDS/RCA RECORDS

This song is more so about a feeling than an actual experience. We made it super quickly in my bedroom in LA. The sky was beautiful, there was a subtle ocean breeze and I think we just wanted to capture how young and careless that moment felt. It’s one of those things that isn’t super tangible, but it’s a feeling you want to hold onto. I guess this was me holding on to it. – London (X Lovers)

LISTEN TO OTHER TRACKS FROM MAD WORLD EP

X Lovers is a pop duo/band from Northern California. After forming their first punk band at age 10 together, London and Jacob (both 22) have been collaborating as a team since their teenage years. London, who is the vocalist and drives most of the songwriting works in conjunction with Jacob who produces all the records. After creating a highly dedicated fan base across their hometown of Nevada City and Northern California, the two best friends moved to Los Angeles, to master their craft. Citing Green Day and Kanye West as their biggest influences.

Last year, the duo released their virgin EP which has received nearly 25 million streams worldwide.  Various tracks from the EP received praise from Earmilk, The Fader, Ones To Watch, Idolator and more.  Most recently, the guys were featured in Noisey’s “6 Hours With” which you can watch here.

Earlier this year, the guys were touring the US with Tate McRae and Chelsea Cutler which saw the guys playing 2 sold out shows at NYC’s Terminal 5, Los Angeles’ Moroccan Lounge as well as cities including Boston, Chicago, San Francisco, Austin and so many more.