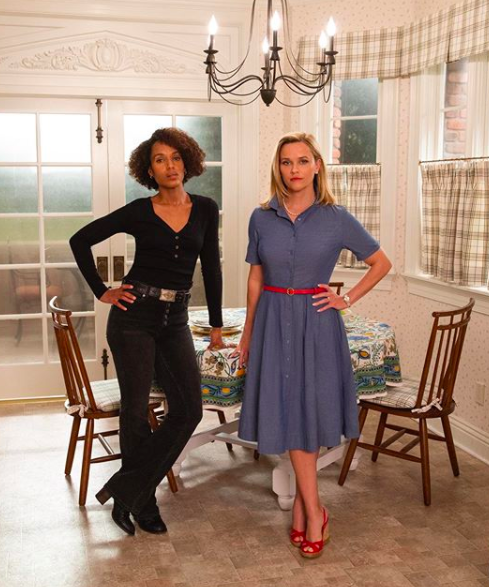 One of the things that most excites me as a twenty-five year old male, is when I have the opportunity to sit down and watch or read about a story that is told (either produced, written, or directed) from the perspective of a woman. Without diving too much into my political and social beliefs (although if that’s your thing, I’d love to read your comments and concerns), I find it very enriching and educational to learn (to some extent), how a woman may empathize and think about a given situation. Traditionally speaking, (again, I don’t want to dive too into politics), but men have dominated who can say what in our cultural atmosphere. By no means are men the only individuals setting and achieving goals that progress our understanding of the world, but for lack of better words, they like to take all the credit.

HULU’s ‘Little Fires Everywhere’ allowed me just a glimpse to view and understand just what it is like to witness a woman (on screen) in full control and power of her past, present, and future.

Kerry Washington and Reese Witherspoon deliver outstanding portrayals of two highly powerful and ambitious women who in their own right–emit strength and independence in a manner I felt fortunate enough to witness.

To briefly state, Kerry Washington’s portrayal of her character (Mia Warren) is delightfully frustrating. I have never seen such selfishness within a character, while simultaneously delivering a tremendous amount of empathy. What I find remarkable, is her ability to fully control who receives what. She seems to live at an intersection between righteous and misdirected emotion (which at times can be interpreted as Mia being cold or angry). As the show progresses, we are discovering more about Mia, along with her complicated past–and perhaps, challenging the idea of what is considered to be maternal instinct, femininity, self care, love, as well as the journey of motherhood overall.

In addition to a striking performance by Kerry Washington, Reese Witherspoon creates a magnificent and interesting dynamic between the two types of mothers: a dynamic that explores what happens when a parent pushes too much, or not at all.

This may be the greatest story of motherhood ever told.

Developed for TV by Liz Tigelaar