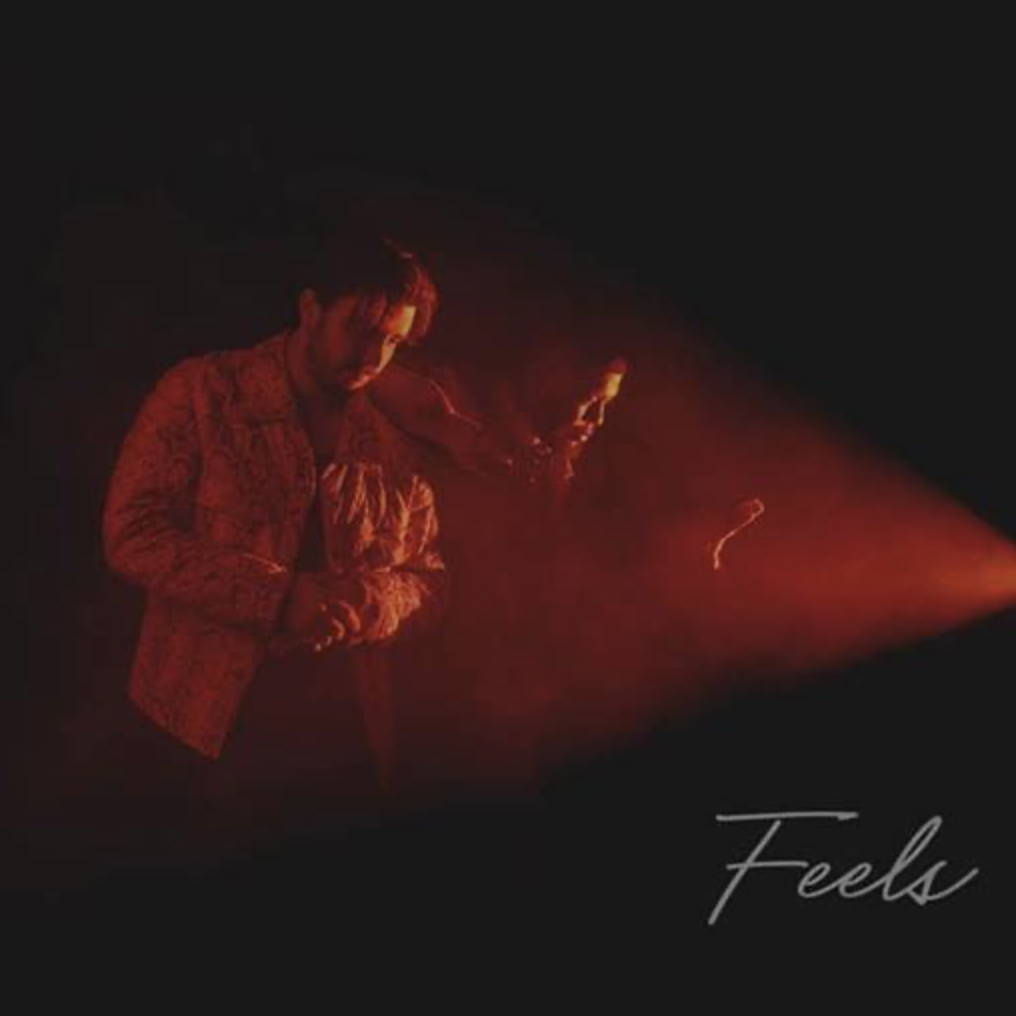 The journey to this release has been a wild ride for WATTS, an up and coming new artist who first released his version of this song independently a few years ago. After stumbling upon it while searching for new music, Khalid reached out in admiration and a dream collab was born. Check out the trailer feat. both WATTS and Khalid here –https://smarturl.it/WKFeelsInterview

Says WATTS: “I had written and recorded “Feels” back in 2018 and it had been bubbling a bit, added to a few playlists, and one day I got a DM from Khalid telling me how much he loved the song. I was totally shocked, Khalid has been an artist that I have always admired, and to find out he was a fan of mine was incredible. I tried not to get my hopes up to much, but all of the stars aligned and here we are – releasing this new version of the song together. It’s been pretty wild and I am so proud of how it turned out.”

Says Khalid: “I am always searching online for new music and I stumbled upon WATTS’ song “Feels” and was instantly drawn to it. Just a beautiful song that I really felt an instant connection with. I hit WATTS up to tell him how much I loved “Feels”, and we started talking about music and what we were currently listening to and how we were holding up in the pandemic. Over a few weeks we built a really special friendship that evolved into us collaborating on this new version, which I love so much and is so special to me. I’ve always been someone who loves the art of a collaboration – it’s such an amazing way to expand your creativity and open yourself up to new sounds and ideas.” 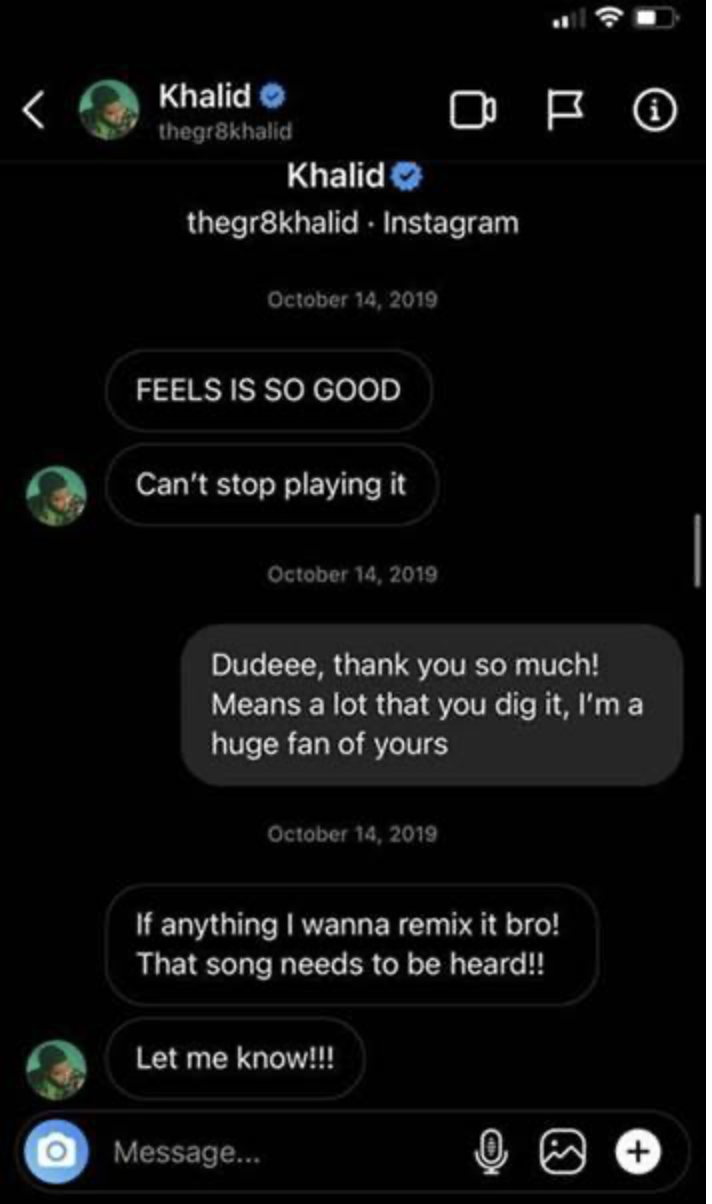 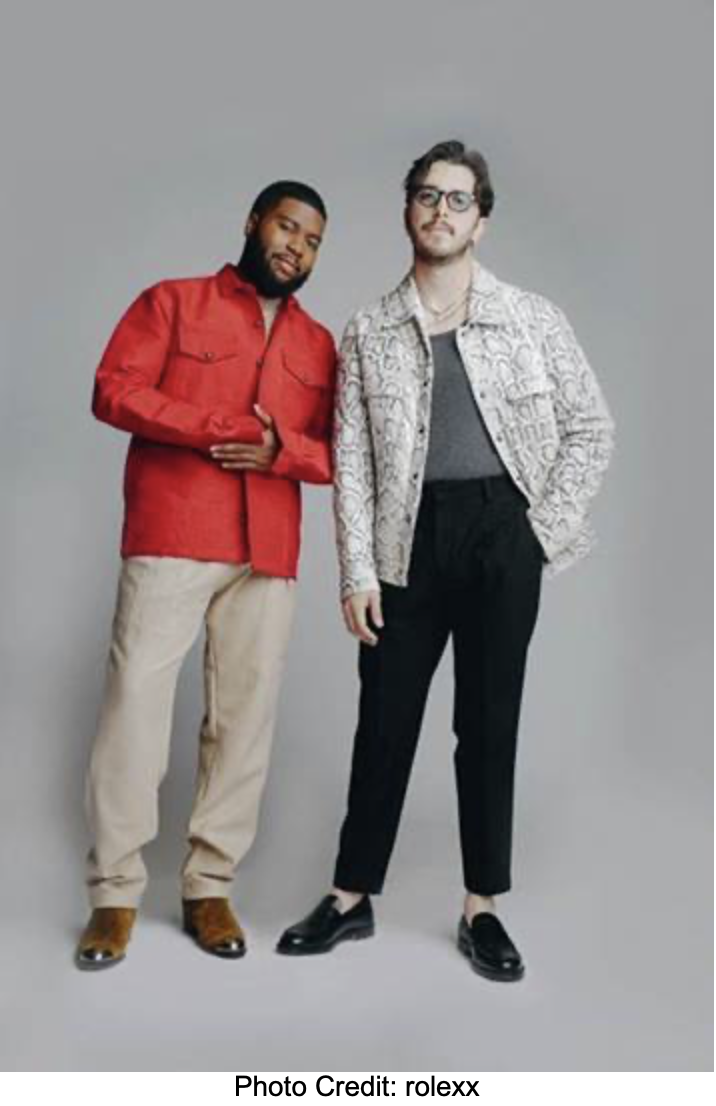 Nashville based, Milwaukee-bred singer-songwriter WATTS was responsibly building a career in investment real estate, having relegated music to “hobby” status after years of setting unrealistic expectations for himself and falling short. Focused on building a career while trying to make music that brought him joy, he released a handful of singles and landed on a few Spotify playlists, building a bit of an online following. Not long thereafter WATTS got a DM from Khalid who had discovered his song “Feels” while cruising for new music. Says WATTS, “I was obviously super stoked to hear from Khalid, he has always been a huge inspiration musically for me.” An idea to collaborate grew out of those early DMs and lead to the release of this new version of “Feels”. It’s a full circle moment for WATTS who wrote “Feels” in 2018 when he was in a low place, uninspired by work and his social circle and unsure of if he as on the right path. Says WATTS, “Though I wrote this song a few years ago, I think now is the perfect time to share this new version with the world, there’s a line in the second verse that says “We’re all different people, but we’re together now. I know we’re equal, so let’s try to work it out” It’s now, more than ever, that we all need to practice unity and work towards operating with a better system as a whole.”

Growing up in Milwaukee, WATTS grew up playing piano, soccer, basketball and was an avid skateboarder. The skateboard culture and community he found growing up heavily influenced his life and his music. In college WATTS played in a band for fun but it never grew beyond local gigs. Drawing inspiration from artists like Khalid, the 1975 and LANY, WATTS has been reinvigorated and is actively working on new music while looking forward to hitting the road again in the near future.

Multi-platinum selling global superstar Khalid, who was named one of Time’s Most Influential People of 2019, has taken the world by storm since his first single, the 5x platinum “Location” (released right before his high school graduation) exploded onto the scene leading to a major label deal with Right Hand Music Group/RCA Records followed by the release of his debut album, the double platinum certified, American Teen. His sophomore album Free Spirit, released to critical acclaim in 2019, was declared a New York Times “Critic’s Pick” and was called “superb” by the Associated Press. The album, which has been certified platinum by the RIAA, debuted at #1 on the Billboard Top 200 and features the Grammy nominated multi-format #1 single “Talk”. Free Spirit has garnered over 5 billion worldwide streams. Khalid, who has been called a “pop prodigy” by Rolling Stone has been streamed over 16 billion times worldwide across all partners, has been nominated for 6 Grammys and has won numerous awards including 6 Billboard Music Awards, 3 American Music Awards, a Teen Choice Award, a MTV Video Music Award and a MTV Woodie Award. Khalid has collaborated with some of music’s biggest stars including his #1 singles “Love Lies” (with Normani), “Eastside” (with Halsey and Benny Blanco) as well as hits with artists Billie Eilish, Shawn Mendes, Marshmello and more. The Mayor and Council of the City of El Paso honoured Khalid with a “Key To The City” marking September 13th, 2018 “Khalid Day.” Khalid, alongside his mother, launched The Great Khalid Foundation, which is committed to helping families by alleviating a burden of need. Khalid recently wrapped up his “Free Spirit World Tour” which took him to arenas all over the globe in 2019. Khalid kicked off 2020 by releasing his critically acclaimed track “Eleven” and his smash “Know Your Worth” with Disclosure. Khalid was recently named the youngest artist to reach 15 billion streams on Spotify alone and was just named BMI’s Songwriter of the Year (alongside Post Malone.)