Sophia Lillis: Stepping Into Her Power as a Woman, Actress, and Adult

“It was during a time that I was wondering what I would do after High School: should I keep doing this? Should I go to college? Maybe even see if I would do something else,” shared the talented actress, Sophia Lillis, whilst discussing her time on set of the upcoming film, Uncle Frank. During a transitional period of her life that bridged the gap between childhood and adulthood, the young actress found herself part of a project in which she was working with adults for the first time. Having started off her career with the notorious killer clown film, It, her starring role on “I Am Not Okay With This,” and more, Lillis had grown accustomed to working with actors her own age. Now, faced with experienced actors and a much more advanced script, her new challenge in the industry had arrived.

As she explained, “it was showing me the adult acting world and there are these people talking about their life and experiences and the jobs they have done, just saying “this is a moment I had on this set…” and I am still a kid you know? “ Getting to work with a variety of talented actors, Lillis was accepted immediately and treated like another colleague from the get go. Taking in the beauty and lessons that were right before her eyes, Lillis knew she had to step up her game. On the first day of rehearsal, it was no longer the “ice breaker” period but rather jumping right into the reading of a scene. During the first few days of rehearsal,  Lillis noticed that renowned actor, Paul Bettany,  took out this huge binder and set it on the table, filled with notes and more. She shared laughingly, “and the very next day I brought a bigger binder with all these things. I realized I should probably step up my game.” And that is exactly what she did. After a few moments of nervousness, Lillis realized she did not need to keep writing down as many notes; she finally got her bearings.

When having received the script, she immediately fell in love with it and was very excited to be working with the infamous director, Alan Ball. Having loved his work for a long time, Lillis expressed with excitement, “so immediately I said, yeah, let’s do it, I love. I can’t wait.” What stood out to the young actress was how sweet the story was and how for the first time, it was about a LGBT relationship that wasn’t broken. As she shared candidly, “It was something different that I wish we had more of.” Set in the 1970’s, this film illustrates what it means to be a gay man at that time and as mentioned, it takes on a more optimistic approach. Given our current times, we have come a long way yet there is still some work to do. At the end of the day, it really boils down to “just being accepting,” shared Lillis. A simple solution that yet, seems to be so difficult for many in our world. And of course, as the actress mentioned before, if more movies like this could be made, it could benefit our progress moving forward, dramatically.

During her time on set of Uncle Frank, Lillis was not only exposed to a different age group, she also had the chance to work at a much different pace. Alan Ball, who as mentioned before, she admires deeply, works very quickly and for this perfectionist, it was definitely a challenge. “I want to do one take until I get it absolutely perfect. I mean that’s my ideal. If I had the choice of doing a scene until I think it’s perfect, we may never get it,” she said with a chuckle. Everything about this experience brought to the actress feelings of pure content as she navigated through and over the obstacles, to find herself nailing her role! Now, as different as the experience was, this was not the young actress’ first rodeo. Before booking her role on Uncle Frank, this career had started way before she was booking roles.

Unlike many in this industry, becoming an actress was not necessarily a childhood dream for Lillis. You see, she has a twin brother who  “was kind of the more capable person,” she shared. Now, it’s not that she was really compared to him, it was more that she wanted to find her own niche which is when she started acting at the age of eight. This became something she truly loved and as she explained, “I decided to work on it because I wanted to get good at something and it seemed like a nice community. It was solely after I took a few acting classes it totally became something more.”

When she was part of the Strasberg program, she was working on a variety of NYU student short films and plays from which she found herself auditioning for her role on It. Surprised at having gotten it, this was her first feature film which solidified her decision to turn this into a job. Lillis exclaimed, “I am glad I went in this direction because if I didn’t, I would not have known I could do this. My whole life I did not know I could be this, I could be an actress as a job, and have this as a profession.” With her starring role on “I Am Not Okay With This,” and her incredible experience filming “Gretel & Hansel,” in Ireland, it is safe to say Lillis found her true calling. Here at BELLO, we wanted to dive in a little deeper and discuss her thoughts on female representation in the entertainment industry today.

For the young and talented actress, she believes that we have made “great lengths already and noticed especially recently, there are a lot of strong, female main characters,” something that highlights the strides made. Her lead role in “I Am Not Okay With This,” is a perfect example of the kind of progress our society has made in representing women in film and TV. She continues on the topic by explaining that people are much stronger now and “ it’s become a thing of having TV shows with kids saving the world and mostly actresses in those roles.” For her, “just seeing us becoming more accepting, becoming more, just trying to make more films like that,” is what inspired her to continue being part of this world.

As mentioned earlier, before booking her role on Uncle Frank, Lillis was at a time of her life where she wasn’t sure what she wanted to do next. Having decided to stick to acting, the young creative soul expressed with a glowing heart, “I love this job and I want to keep doing this job.” Still keeping her mind open to the possibilities the world has to offer, Lillis embraces the beauty around her and the opportunities set on her path of light as she continues to grow into the smart, beautiful, and very capable woman that she is! 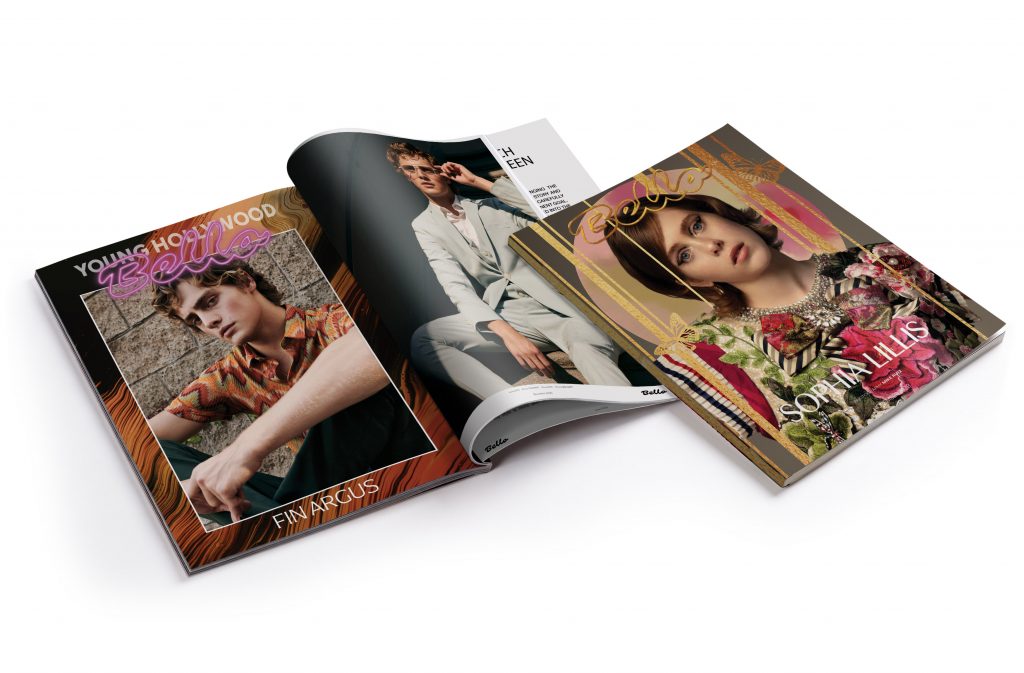