Noah Schnapp: The Lights Are So Bright, But They Never Blind Him
By Rachel Hallett

Fame found him young, but his success is no fluke. Noah Schnapp continues to prove that his work ethic is unabated by age. Now, 15 years old, Schnapp looks forward to roles that push him “outside of his comfort zone” and transcend boundaries. The world first fell in love with Schnapp in his portrayal of the kid brother, Will Byers, on Stranger Things. Schnapp explains how excited he was to land the role and his first TV show; “The story is based around a group of teenagers, those are the main characters. That really grabbed my attention.”

This year, Schnapp was part of many different projects such as Season 4 of “Stranger Things” in addition to a couple of feature films, including Waiting for Anya. “Since it’s a period piece, I did quite a bit of research on WWII,” shares Schnapp of his role in Waiting for Anya. In the film, Schnapp portrays Jo, a young Shepard, who solicits the help of widowed Horcada (Anjelica Huston) in smuggling Jewish children across the border from southern France into Spain during WWII. “I read the book that it was based on before I started the project,” explains Schnapp. “I talked with my family about the Holocaust. We’re Jewish, so the story especially resonated with me.”

In just a few short years, Schnapp has already managed to ornament his budding career with some heavy-hitting co-stars. When asked about which actor he connected with most on the set of Waiting for Anya, he revealed his admiration for Anjelica Huston. “She’s just a really incredible actor. I remember going on set and being a little intimidated actually. She’s taught me so much.” But Huston isn’t the only celeb Schnapp has had the opportunity to work with.

In his upcoming film Hubie Halloween, Schnapp stars alongside Adam Sandler. “That’s the first real, official comedy that I’ve done.” gushes Schnapp. Even with ample experience under his belt, Schnapp can still get nervous. Luckily, Sandler was there to show him the ropes. “He was so amazing and lighthearted! It was a great movie to work on, completely out of my comfort zone.”

When asked whose career he would most like to emulate, he revealed his fondness of everyone’s favorite nice guy – Tom Hanks. “He actually played my dad in the first movie that I ever worked on. I didn’t realize who he was at the time! But he taught me all the basics, everything that I didn’t know. As an actor, he’s such a huge role model for me. He’s such an amazing, successful actor who also manages to stay grounded and humble. I really aspire to be like him. He plays so many different roles; he can literally do anything, from comedy to drama.”

The ambitious teenager never expected this level of fame though. “It’s definitely pretty overwhelming sometimes. But I’m really lucky and grateful to have all these fans. I know I’m lucky.” The spotlight may shine bright on Schnapp, but that brightness never phases him. “I try to make sure that I still get a normal life and go to school – do all the normal things. I still want to have a childhood,” he explains. “I make sure that there’s a balance of both, and I have my parents, my sibling, and my friends to keep me grounded.”

Schnapp’s level-headed demeanor can make it easy to forget his age. His understanding of the world and his play in it is beyond his years. But at the end of the interview, we’re reminded that he really is still a kid at heart. When asked about one thing that he simply cannot live without, Schnapps replied “my bed. I love to relax.” Talk about a teenage dream. 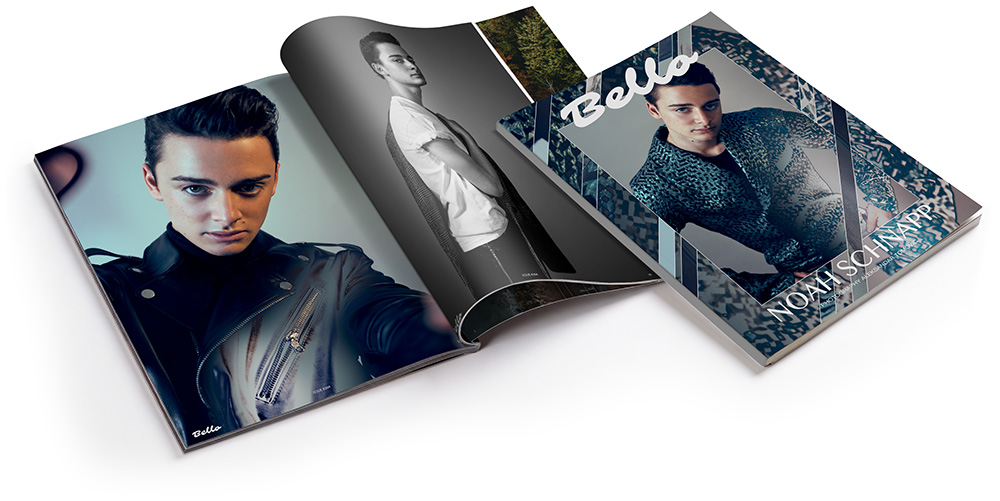 One thought on “Noah Schnapp”