The Fallout Star Will Ropp 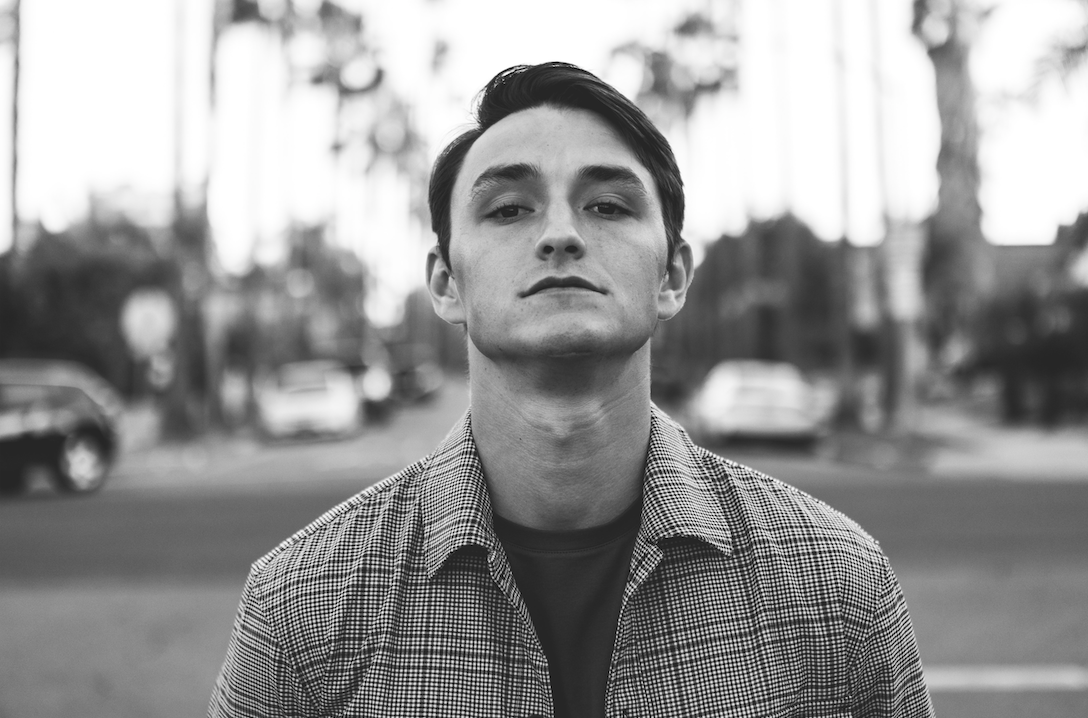 Starring in “The Fallout,” actor Will Ropp worked under Megan Park and alongside Jenna Ortega, a stellar cast. Fun fact, this was one of the first sets to shoot during the COVID era back in 2020! Woah! Remember that time guys? Grateful to work with such amazing women, filming this project was a true dream come true. Before landing his big break, Will was hustling his way through Los Angeles and despite the ups and downs he never gave up! Reminding how important it is to put in the work–especially when pursuing your dream– there is no doubt Will Ropp will be going far!

You star in SXSW multi-award-winning & HBO Max film, “The Fallout .” Share with us what your experience on set was like. What was it like working under Megan Park and alongside Jenna Ortega?

We were actually one of the first sets to shoot during the COVID era back in 2020, so it was a really wild experience dealing with all the newly created restrictions. That being said, I feel like the set overcame these obstacles and still managed to really create a familial environment for the cast and crew.

Megan is one of the most impressive people I’ve met – she was literally pregnant on set directing her first feature film, all during COVID. As an actor herself, she had such an amazing way of delivering notes and performance adjustments to her cast members. She also clearly had such a strong vision for the “feel” of the whole film, which in my opinion, is so important for a director. She continues to be an inspiration to me as I venture into my own filmmaking endeavors.

Working with Jenna was amazing. She’s one of the most talented actors I know, and I knew that even from our final chemistry read together. I remember her mom was sitting in the lobby waiting for her after, and I was like, “Hey, congratulations on having such a talented daughter.” Looking back, that was probably super weird of me, but I just was so impressed and almost intimidated by how natural she was in the read. She has an amazing future ahead of her.

Tell us more about your role in it and why you were drawn to audition?

I play Nick in the film, who starts the film as Vada’s best friend but ultimately drifts apart as the movie goes along. He directs his outrage of the tragedy towards activism and preventative measures. He has a fun sense of humor but ultimately a really fervent passion for helping others. I was drawn to audition after reading the script and seeing how natural Megan’s dialogue sounded. I feel like “slice of life” gets thrown around a lot in film, but this film really does have that feel – and most of the audience response has echoed that since its release. I also really resonated with the mental health themes that played out in the film; Megan’s writing did such a great job tackling complex and occasionally divisive topics underrepresented in our media. 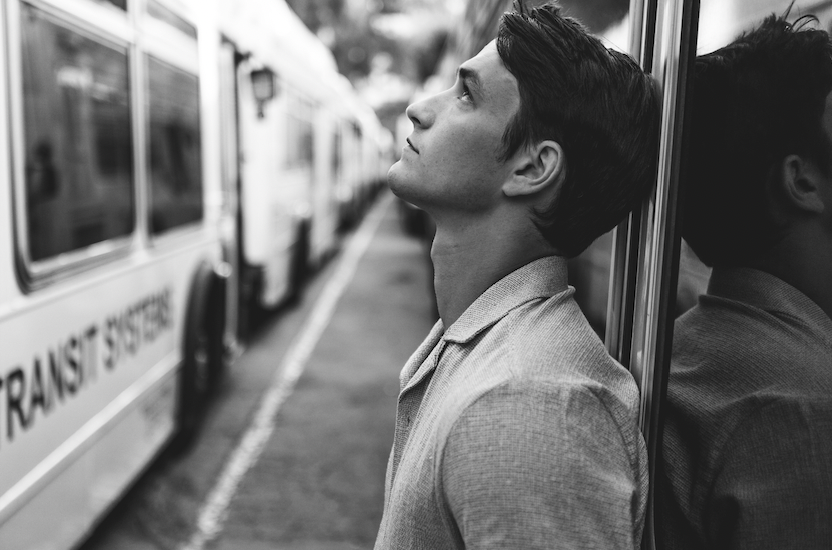 Have you always wanted to be an actor?

I’ve known I enjoyed acting since I was about 12 years old, but I didn’t know that’s what I wanted to do with my career until my last couple years of high school. I did many musical theatre shows growing up and my first non-musical play in my senior year of high school. I went to The University of Michigan for my BFA in acting, which laid the groundwork for making my career possible. I also studied political science in college but haven’t really used that in my professional life yet… I guess I could go into politics one day, but acting seems a lot more fun!

What has your career been like up until today?

It’s been a fun but challenging journey so far. Some awesome highs and some tough lows. When I first moved out to LA, I juggled driving Uber, waiting tables, bartending, and being a personal assistant while attempting to turn in good auditions. That part was definitely the “grind,” but looking back, I think it made me more appreciative of the opportunities I’m getting now. I’ve also become more interested in making my own films, something that I’m hoping to get more into in the future. Seeing Megan’s success as her first feature film attempt with “The Fallout” has definitely inspired me even more.

The rumor mill has it that you’ve been keeping busy – What can you share about some of your upcoming roles?

Last fall, I shot a really cool movie in Thailand called “The Greatest Beer Run Ever.” I can’t say too much about it, but the director, Peter Farrelly, was such a joy to work with and taught me a lot about running a joyful set. I got to work alongside Zac Efron, which was also a trip – I played “Troy” in High School Musical on stage when I was young, so it was definitely a full-circle moment for me. I also just got back from Oklahoma, where I shot a movie called “The Line,” with Alex Wolff and Jon Malkovich – it was one of the best filming experiences I’ve had, and I’m really excited to see how it turns out. 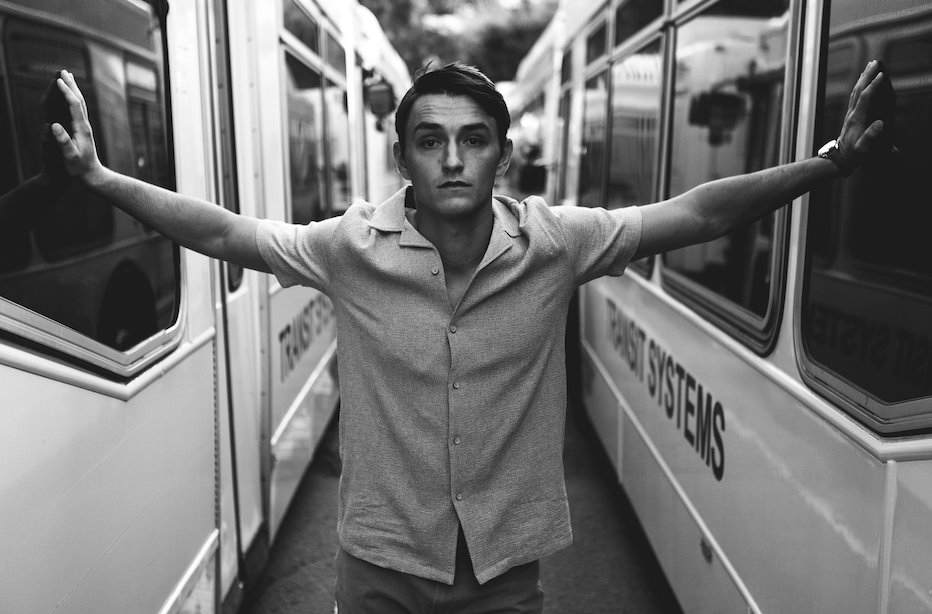 What do you hope to accomplish in the upcoming years?

I really want to direct my first feature film; it’s something I’m constantly working on and picking other directors’ brains about. I’m also running the LA marathon in March, so I hope that’s something I accomplish… speaking of which, I should probably go on a run today.

Can you share some of your favorite memories to date?

I did a movie called “The Way Back” with Ben Affleck, which was really my first big gig, and I have so many amazing memories from that time. The rest of the cast was a bunch of young men around my age, so we had an incredible time together; we all got super close. Ben was an incredible mentor to us throughout the process and really changed the trajectory of our careers. I learned a lot from the director too, Gavin O’Connor, who I still talk to a lot to this day. He’s been such a great mentor figure in my life.

I’m excited to see where the next project takes me, but for now, I’m just happy spending time with my family and friends! I appreciate you guys taking the time to interview me!