Tetona Jackson is Back in the Series Boomerang 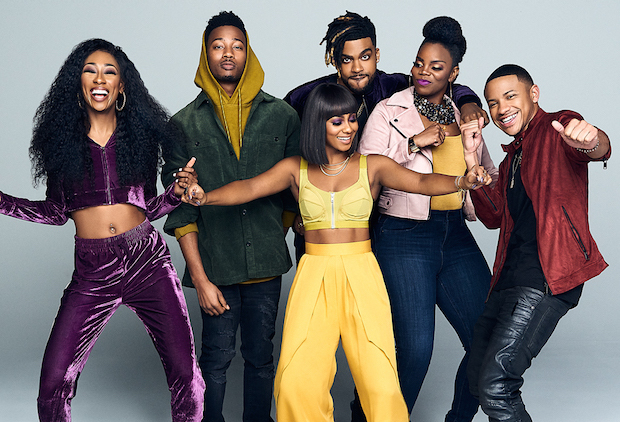 Today, on March 11th, Boomerang is coming back for Season 2 with eight episodes. The cast is composed of talented women of color,with American actress Tetona Jackson, as the lead “Simone.” Known for All Night, Severed Road but still Maximum Ride, Bello Mag can’t wait to meet the star of the series!

Season 2 is directed entirely by Women of Color! Girl Power. “This season, we really wanted to go bigger and bolder”.“Keeping everything, we loved from the first season and dumping the rest, we were able to find a unique approach to the storytelling in season 2. We were given the freedom to make Boomerang our own, and Angeli and I ran with that,” said Dime Davis.

She continued, “We’ve truly made this season of Boom an ensemble show, delivering dynamic character arcs that ask a lot of our cast — and it’s all been worth it — the performances, this season, are truly magical…as is the show.”

About the Serie Boomerang:

Fueled by romance, friendship, gender politics, love and of course, sex, this half-hour serialized comedy continues the story from the same-named 1992 American romantic comedy film, in which a successful executive finds out his boss is a bigger deviant than he is. The updated version follows the lives of Jacqueline Boyer’s son, Bryson, and Marcus and Angela Graham’s daughter, Simone, as they try to step out of their parents’ shadows and create their own legacies. Viewers see a group of childhood friends as adults who are looking to build careers as marketing professionals while navigating their feelings for one another.

Tonight, cancel your plans and order food! Have a good evening…