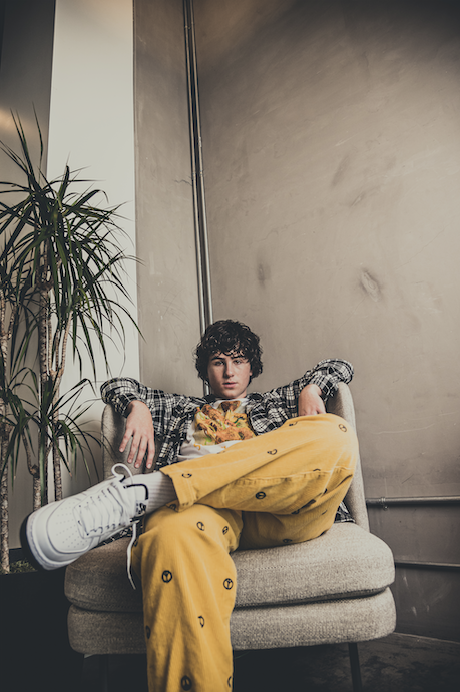 Taj Cross is full of positive energy and amazing talent as he continues to work on building his acting career. On set of PEN15, the young actor’s character “Sam” was one that the audience connected with a lot. This experience allowed him to see the impact his performance was having on the audience and prepared him for his role in “Young Rock.” Having had an amazing time on that set as well, Taj Cross embraces the idea of taking life easy and always remembering to laugh at yourself! With hard work and a warm heart, anything can happen!

How did your experience on set of “PEN15″ shape you for your role on “Young Rock?

While working on “PEN15”, everyone knew it had talented actors, producers, and writers with an amazing script, but no one knew how successful it was going to be. When the show became this cult classic, this out of the water wild show that so many people could relate to, it was so surprising. I personally was blown away on how much support Sam my character received. What I realized the viewers liked about him so much was how vulnerable and sensitive he was. Even though I wasn’t in all the episodes, the viewers connected toSam and their reaction to my role taught me even a small role can impact the show. I learned how if you stay true to yourself and the character, it will bring energy to the story and connect the audience to the role. That knowledge and incredible experience shaped me for my part on “Young Rock”, by staying true to myself through my character.

What was your favorite part from each set?

My favorite part from the set of “PEN15” was being able to improvise lines and scenes with my cast-mates. I’ve always loved improv, and my experience doing it with all those talented actors like Dylan Gage, Tony Espinosa, Maya Erskine, and Anna Konkle, with an amazing script behind us, allowed me to fall in love with acting all over again. My favorite part from the set of “Young Rock” was learning from all the adult actors. The cast members playing the wrestlers had a lot of acting experience and wisdom to shine down and teach me. Being invited to participate in a story of the Rock’s personal life was a daily inspiration. I walked side by side with people who were at the top of their game, and that was a rush. 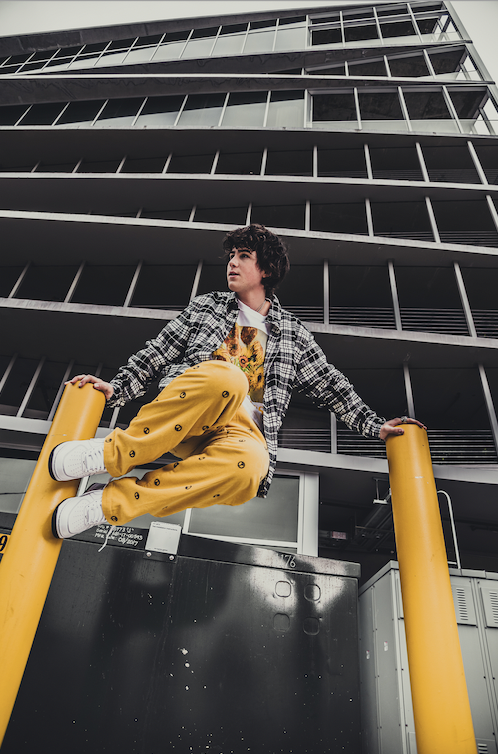 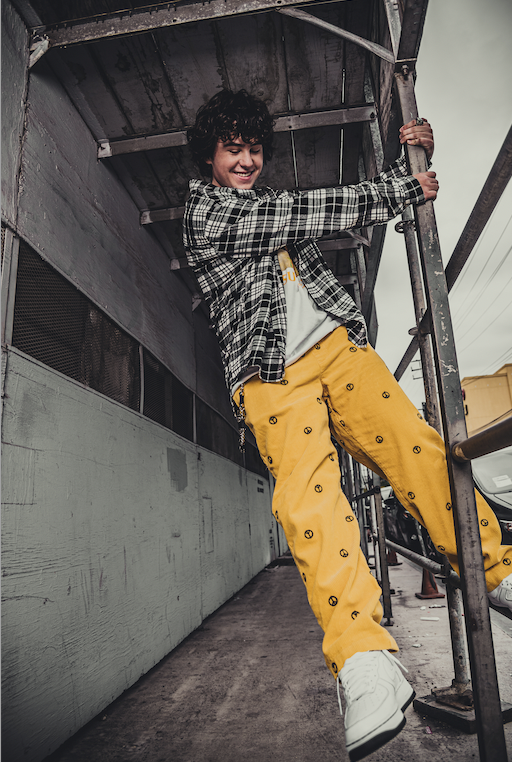 As an actor, what is one of the biggest obstacles you had to face and how did you overcome it?

One of the biggest obstacles recently that I’m facing is the transition from in-person auditions, to reading the scenes on a self-tape to submit. Before COVID hit and we were all going to casting rooms to audition, I would sometimes get a self-tape which I would struggle having fun with. Going to the casting room was one of my favorite things about the process. I’ve always felt that the relationship between the casting director and actor was cool because their connection was where the job met, and it was my inner challenge to make an impression on them.

I have accepted that self-tapes are the new audition process, and I have been figuring out ways to make my personality go through the screen and make it to the casting directors. Yet another inner challenge, which is what makes it interesting.

What was it like filming “Young Rock?” Share with us a moment on set that left a strong impact on you and the others.

My time working on “Young Rock” was an amazing experience. The crew was lovely and so welcoming and the cast members were so kind and friendly, making the on set experience even better. When my block of shooting was finished, my cast-mates and I were set to leave Australia the next day. There was a screening of the pilot that impacted us all. The screening included speeches from some of the writers and producers, and the lead actors of the block. The speeches were amazing and showed appreciation for everyone’s hard work on the show. After watching the pilot my cast-mates and I were all finally able to see the amazing work that we had done and congratulate each other.

Tell us more about what people can expect on set of Season 2 of “PEN 15.”

Part two of the second season of “PEN15” holds the cringe, uncomfortable second-hand embarrassment of the crazy middle school drama. I know many people want to know what happens with Maya and Sam, and all I can tell you is… stay tuned.

Did you always know you wanted to pursue a career in acting? Share with us your journey up until the first gig you ever booked.

I didn’t plan to make a career out of acting until I joined a musical theater group and fell in love with it. After a year of performing on stage, I wanted to take my acting to film, so a family friend made a call and got me my first agent meeting. After getting signed with my first agent, who is still my agent to this day, I worked super hard. After lots of auditions, my mom driving me everywhere, missing school and tons of lines to memorize, I got my first screen test for two of my idols, Jim Carrey and Jason Bateman. That’s where things began to change. Three months later I booked PEN15. 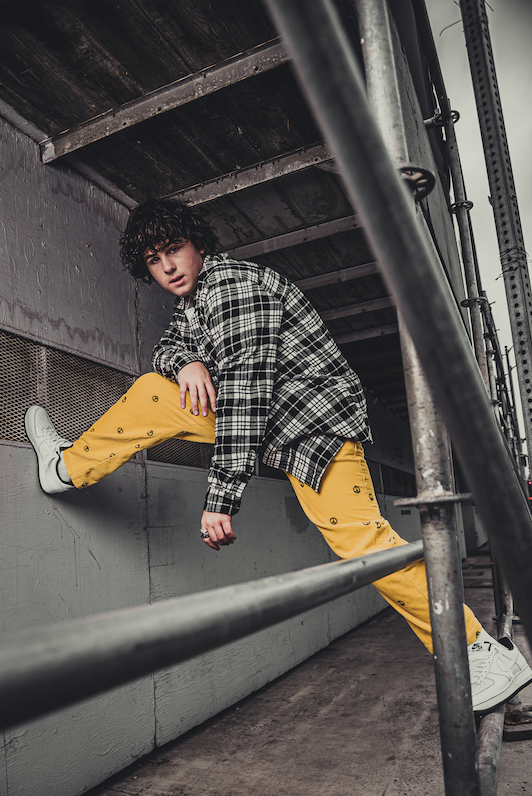 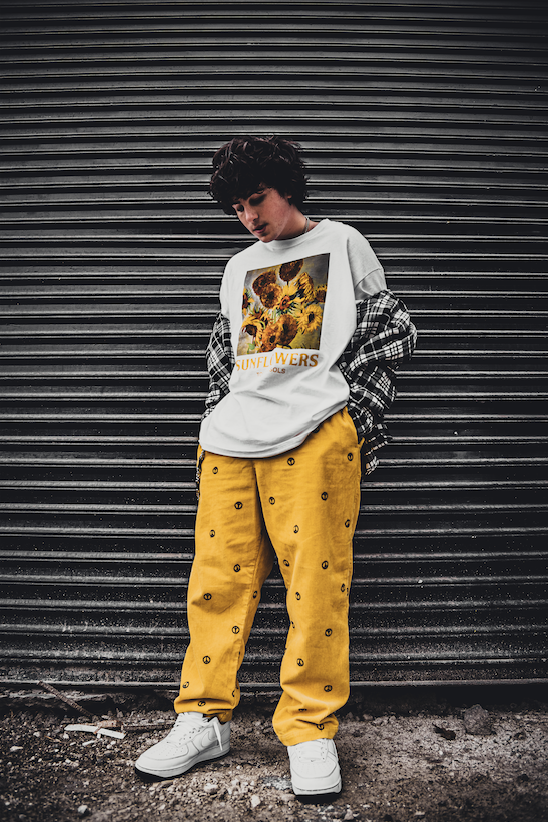 Growing up, what was your favorite hobby?

Sports! I loved anything to do with running. I played multiple sports like football, basketball, and baseball. Most of my days included three practices and a few games. When I started acting, I stopped pursuing those and started skateboarding. I immersed myself in skating as I did with sports. Which is always side by side with listening to and researching music, picking and discovering new artists that I vibe with.

In the last year, what are some of the most important lessons you have learned?

In the last year, I have learned how to be compassionate and appreciative of those who support me. I have learned how to talk to and act around various people in my life, because everyone takes things in, and hears things diﬀerently. I’ve learned that certain people will react to something unlike others and you can not blame them for that, everyone has a unique personality and you can only learn, adjust and embrace.

What is one message you want to pass along to your audience?

Don’t forget to laugh at yourself sometimes. We all do silly and stupid things throughout our day, and it does no good judging yourself for it and putting yourself down.