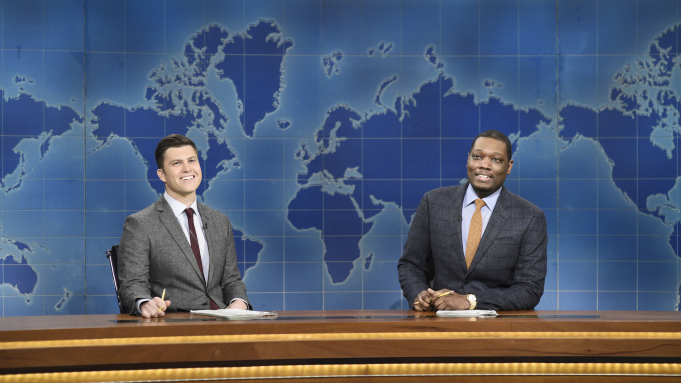 Everyone’s favorite weekly improvised comedy sketch show that’s been on air for 45 years is coming back this week with new original content.

After shutting down production in the first days of the coronavirus pandemic, NBC announced that “Saturday Night Live” will be returning for new episodes, produced remotely. The length of the episodes, which will not be airing live on the west coast, and the roster of the segments are still being figured out.

What will be included are Weekend Update — a staple of the sketch series featuring Colin Jost and Michael Che — which can safely be produced remotely much like other talk variety shows like “The Tonight Show Starring Jimmy Fallon” and “The Daily Show with Trevor Noah.”

Before the show went on hiatus, John Krasinski was set to host with musical guest Dua Lipa, whose album “Future Nostalgia” has become the most critically acclaimed album of 2020. It is unclear if both will be making an appearance.