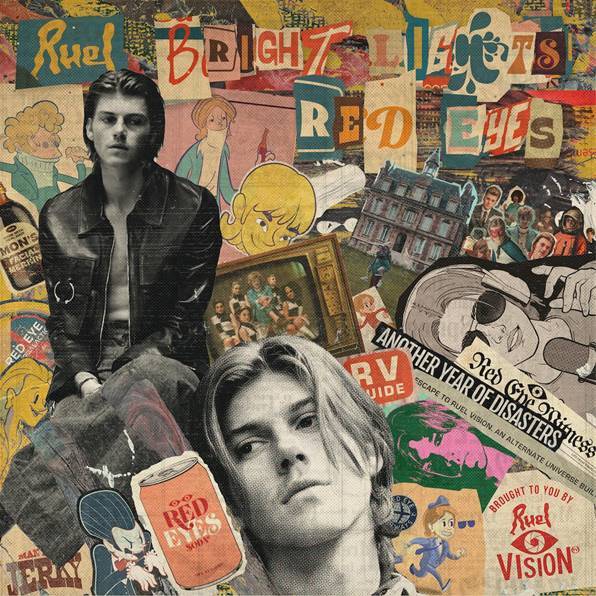 Today, Ruel shares a video for “say it over” feat. Cautious Clay, a standout track from Ruel’s new EP Bright Lights, Red Eyes, out now via RCA Records. “say it over” was described by PAPER as a song that “delivers the soulful sound Ruel has come to be known for.” The minimalist, black and white visuals of the Grey Ghost-directed video compliment a highly emotive visual performance from Ruel with a beautiful cameo from Cautious filmed in NY. Written entirely in Paris, the EP includes previously-released singles “courage,” which arrived with a 60’s mod-themed visualizer, “as long as you care,” and “distance,” another gem from the EP with a visual on the way.

Bright Lights, Red Eyes is the third release from Ruel following last year’s Free Time, which MTV described as “an accomplished reflection of Ruel’s stated influences, contemporary touchstones, and his own, growing voice,” and arrives after his collaboration with Omar Apollo in October, “Want U Around,” which is featured on Apollo’s debut project Apolonio.

Speaking on the inspiration behind the EP, Ruel says: “I want to get across that this project is another step forward in maturity for me. Free Time was a step up from Ready, and this Bright Lights, Red Eyes EP is a step up again. This project was a stream of consciousness when I was writing it at the time, and I feel like that’s the way all projects and songs are for me. They are moments in time. This project isn’t who I am right now as I wrote these songs last year, but it’s the most mature you’ve ever heard me and it was me, in that moment in time. The songs I’m writing now will be more mature again, and I love that my fans can come on this journey with me as I grow.”