Robin Schulz And His Spin on “The Motto” 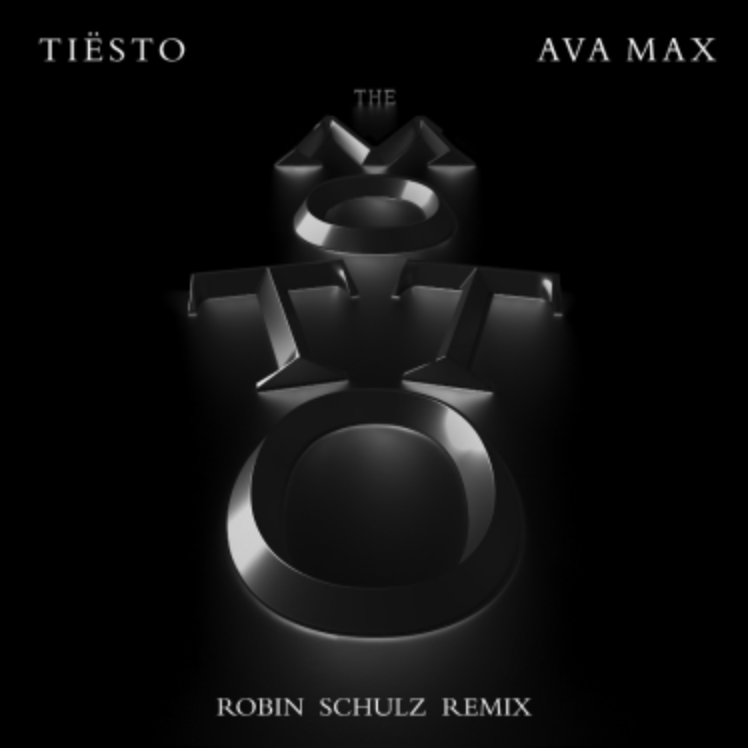 “The Motto,” released in November, has accumulated over 217 Million global streams to date! It is the 3rd single from Tiësto’s upcoming album on Atlantic Records. Listen to it here! The song was released alongside a music video directed by Christian Breslauer and features both Tiësto and Ava Max time traveling and partying in the 1920s—watch it here!

“The Motto” followed the release of Tiësto’s collaboration with multi platinum superstar Karol G on “Don’t Be Shy,” which has garnered over 203 Million streams to date. Preceding “Don’t Be Shy” was Tiësto’s massive hit “The Business,” which certified Platinum in the US and has garnered over 1.1 Billion streams to date. The song debuted in the top 10 in 10 countries upon release, reaching #1 on the US Dance Charts.

Tiësto is a Grammy® Award-winning, platinum-certified, international icon. The DJ and producer is the only artist to ever hold the titles of “The Greatest DJ of All Time” courtesy of Mixmag, “#1 DJ” according to Rolling Stone, and “The Godfather of EDM,” as proclaimed by Billboard. From his underground dance floor bangers to his high-profile Las Vegas residency and crossover success, Tiësto created the blueprint that defines what it means to be a success in today’s dance music world. In Tiësto’s true fashion, he continues expand across genres, always evolving his craft. With over 36 million albums sold, 8 Billion cumulative streams, and a social platform with an audience exceeding 30 million fans spanning the globe, he continues to revolutionize the dance music landscape. Tiësto’s first release since signing with Atlantic Records, “The Business” has dominated airplay and charts worldwide since its September 2020 release, garnering over 1 billion streams to date. It has also held a steady position on Apple & Spotify’s “Today’s Top Hits” & “Today’s  Hits” playlists, and hit #1 at US Dance Radio. “The Business” is certified Platinum in 15 countries and gold in 8 countries and has held a place on the Top 10 official singles chart in 10 countries as well as Top 50 on Spotify in 31 countries. Tiësto made history with single “Don’t Be Shy” with Karol G, which marked the first English song ever for Karol G, and the first Latin Artist collaboration for Tiësto. The third single from Tiësto’s upcoming album, “The Motto” with Ava Max is out now.

Multi-platinum, Grammy-nominated German DJ and producer Robin Schulz became an overnight sensation in 2013 with his very first commercial release – a lush remix of Mr. Probz’s “Waves” – which went on to become an international smash hit. His remix of Lilly Wood & The Prick’s “Prayer in C” soon followed, topping single charts around the world and becoming the most successful song by a German artist ever. Since then, Schulz has cemented himself as a true music sensation, becoming Germany’s most successful music export of all time. To date, he has received more than 250 Gold and Platinum certifications, 4 German ECHO Awards, a Grammy nomination, and countless #1s in more than 20 countries. He also ranks among the most streamed artists on the planet – with over 5 billion streams to his name and more than 20 million records sold. Schulz’s live show résumé is equally impressive – including sought-after residencies in Ibiza and Las Vegas, sold-out tours throughout North America, Asia and Australia, and performances at the most renowned festivals around the globe including Miami’s Ultra Music Festival and Tomorrowland in Belgium and Brazil.

Streamed over 10.6 billion times, Ava Max has cemented herself as one of the most listened to pop artists in the world. The daughter of Albanian immigrants, Max exploded into the music world with her 2018 triple-platinum single “Sweet but Psycho.” Boasting over 3.4 billion streams, the smash hit clinched a spot in the Top 10 of the Billboard Hot 100 for three weeks. As the tune took the world by storm, TheNew York Times named it among the “54 Best Songs of 2019,” and Rolling Stonechristened her “An Artist You Need To Know.” Becoming inescapable, Max took home the coveted “Best Push Artist” award at the 2019 MTV Europe Music Awards, delivered show stopping performances on The Late Late Show with James Corden, Jimmy KIMMEL LIVE!, and The TODAY Show, and appeared in features by Vanity Fair, Billboard, PAPER, FORBES, and more. She only accelerated this rapid rise to pop superstardom with the release of her 2020 full-length debut album, Heaven & Hell, which skyrocketed to Gold certification upon release. The album has been streamed almost 8 billion times thanks to its many hits including the Gold-certified singles “So Am I” [1 billion streams] and “Salt”  [1.8 billion streams] as well as the Platinum-selling “Kings & Queens” [1.4 billion streams]. Following her debut project, Max was named a 2021 honoree on the Forbes 30 under 30 list and performed her track “My Head & My Heart” [725 million streams] on Good Morning America, Jimmy KIMMEL LIVE! and The Kelly Clarkson Show. Recently, Ava released her powerful single “Everytime I Cry” and collaborated with global superstar Tiesto for their smash hit “The Motto,” which currently boasts over 200 million worldwide streams.