Young, talented, and full of light, Raegan Revord wows us with her performance on “Young Sheldon.” Having booked the show at the age of nine, it’s safe to say that the young actress learned a lot from the cast and crew! Filled with content and passion as she continues to grow up in the world of Hollywood, Raegan is on an uphill climb to success! Here at BELLO, we are eager to see where the wind takes her next!

Why were you drawn to the series “Young Sheldon”? Did you book the role you originally auditioned for?

The audition came in during pilot season so it was a busy time. As soon as I read the script I loved Missy. She really made me laugh and I knew she’d be a lot of fun to play. I’d never watched The Big Bang Theory, but I’d heard of it and knew it was popular. From the beginning, we all knew it was something special to be a part of.

The audition process felt like it took forever! I had to go in a few times and every time there would be less girls auditioning. I originally wasn’t asked to have an accent for Missy and towards the end they sent over videos of Ms. Laurie Metcalf in the Big Bang so I could hear her accent and they were like can you come in tomorrow and read all these scenes with an accent. It got a little stressful. At the end I was testing with a really good friend of mine which was nice because we were really encouraging to each other and goofing off. It was way more fun having a friend there in the end. 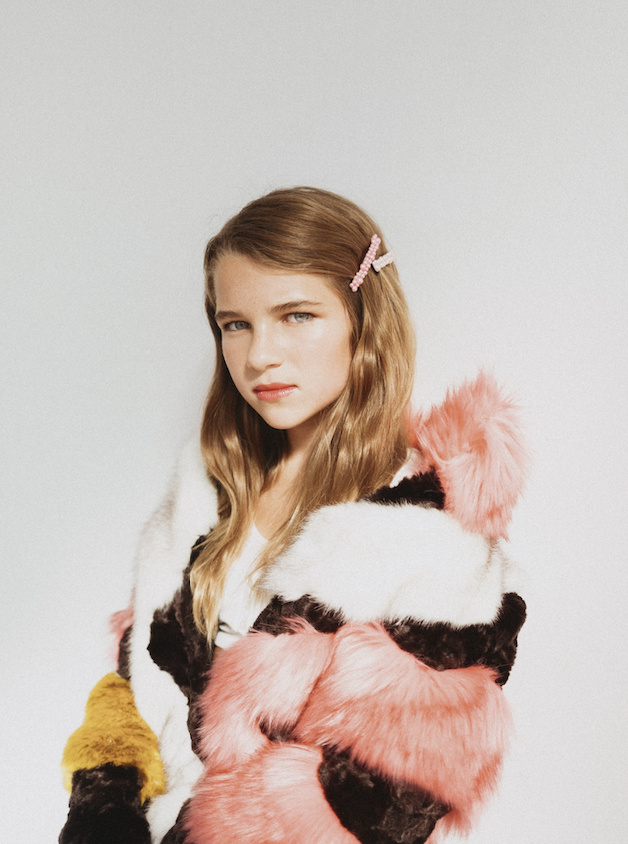 On set, what are some lessons you learned from the cast? the crew?

Being on this show has been one big classroom for me. I booked the show when I was 9 so I didn’t know anything about continuity or hitting my marks for the camera. I love when I have scenes with Mrs. Annie. She shows me different ways to make the scene funny. She will say to me, “let’s try it like this next time, I think that would be funnier!”  And she’s always right.

In what ways do you most identify with your character?

One of the things I love about Missy is she’s very girly and also a tomboy. She likes playing baseball and getting dirty, but she also likes to paint her nails and get dressed up. I’m a lot like that too. Now that Missy is getting older I can relate to her even more. We are both middle schoolers and having the same kind of emotions and dealing with the normal teenage stuff like crushes and heartbreaks.

How did your other projects influence who you are today as an actress?

I don’t think I’d say the other projects influenced who I am as an actress, but I think it lead me to where I’m at today. They were stepping stones that led me to Young Sheldon.

You are also a writer! Tell us more about the story behind your children’s book.

Yes! I love love love writing! I started writing Goldie for a school assignment. What was supposed to be a page long essay about personification has now turned into me writing a book and wanting to turn that into an animated TV series. At the time I was obsessed with rocks and geodes so the book is about that but adventure based. Now that I’m older I’ve been writing more YA type of stuff.

As a young actress, what do you believe you bring to the table that is unique from more experienced actors?

Oh, that’s hard to say. Not sure if I’m bringing much. Maybe a different point of view? A new perspective.

How has it been growing up in a working industry?

I’m having the time of my life growing up on set. I know there are a lot of bad Hollywood stories out there, but I am so lucky to be on a show where they let us be kids and have fun. One of our show runners is a bigger kid than I am! I’ve been able to travel to some really cool places and meet really amazing people because of this show. I get a one on one education with a teacher that I love. I’ve made the best memories growing up in this industry. 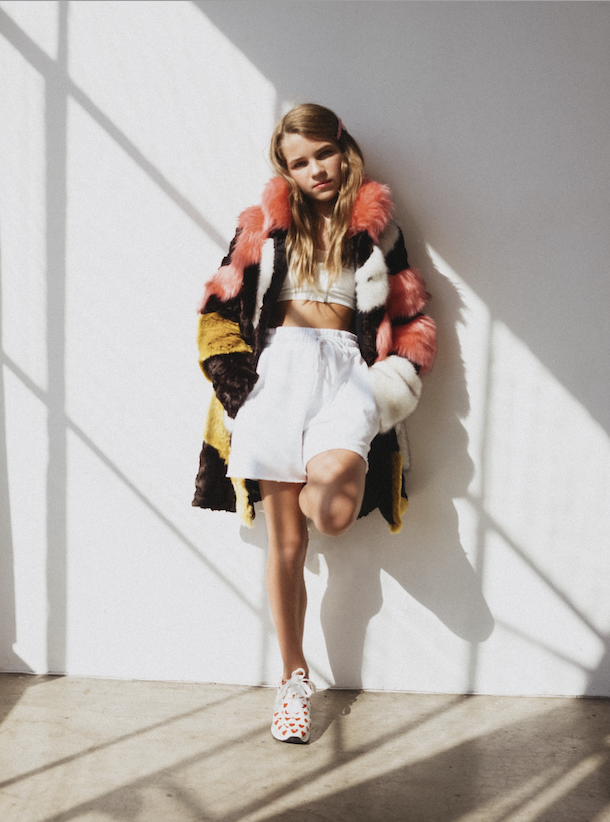 My favorite family trip is when we went to Vermont for Christmas a couple of years ago. It felt just like being in a Christmas movie. We went to a friend’s inn on Christmas Eve and there was a big fire going in the fireplace and lots of snacks and kids playing. We watched Christmas movies and skied. It was perfect!!

Where do you hope to go next?

Bali!! It’s been on my list for so long. One of our crew members even got me a book all about Bali.  For my 13th birthday I was going to go but then COVID happened so that didn’t happen. Hopefully soon though now that things are feeling safer!!