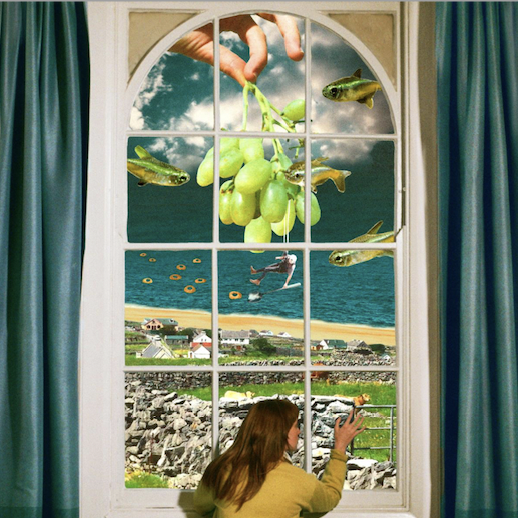 Fast-rising Dublin singer-songwriter-producer Orla Gartlandtoday releases her candid new single “More Like You,” a confessional account of reckoning with feelings of insecurity and inferiority, when it feels like being yourself isn’t enough. “I heard it from a woman on the internet, she told me to eat well and try to love myself then maybe I won’t wish that I was someone else,” she sings. Following the release of lead single “Pretending” late last year, “More Like You” is another taste of Orla’s eagerly-anticipated, as-yet-untitled forthcoming debut album, due for release this year.

About “More Like You,” Orla explains: “Everyone compares themselves to other people right? If you don’t tell me your secret. ‘More Like You’ was born from a petty friend jealousy I have for my best friend’s other best friend. She’s someone who I only ever heard good things about, someone I wanted to hate until I met her and – of course – I didn’t. I loved her.

When you don’t have much access to someone it’s easy to put them on a pedestal and forget that they have their own layered and complex life, you only see perfection. I became obsessed. I wanted to sing like her, I wanted to dress like her, I wanted to swap bodies with her Freaky-Friday style. So ‘More Like You’ is another song about identity, about yearning to switch lives with someone who makes it all look easy.”

Written with Tommy King (musical director and collaborator to HAIM, Vampire Weekend), the song came together first on the piano and was finished over lockdown. “My favorite sound in the track is the pulse that you hear in the first verse. I didn’t want this song to feel sad but instead curious, so I liked the idea of the song starting not with a guitar or piano but a sound that was less recognisable, made up of layers and layers of other sounds,” Orla adds

“More Like You” and “Pretending” follow Gartland’s first two acclaimed EPs, 2019’s Why Am I Like This? and the follow up Freckle Season, which was released in February this year. Between them, Gartland’s songs have amassed over 45 million streams and more than 750,000 Spotify monthly listeners, and seen her compared to artists such as Stevie Nicks, St. Vincent, Regina Spektor and HAIM.

Born and raised in Dublin, Gartland started writing songs when she was 14 years old. Unable to convince any of the 18+ local pubs and venues to let her perform, she honed her craft online, before heading out on tour the day she finished school. On her return she packed her bags and moved to London, spending the next few years writing, recording, touring and gathering fans apace.